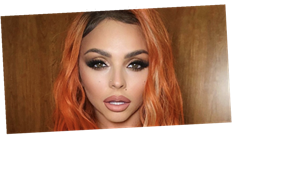 Little Mix fans have been left heartbroken after Jesy Nelson sensationally quit the band yesterday, announcing “it took a toll on her mental health”.

And while many were shocked by her departure, others seemed less surprised about the decision.

Taking to Twitter, fans discussed Little Mix's sixth album Confetti, the last that will feature Jesy. They were quick to point out the 29 year old doesn’t feature in the writing credits, while Perrie, Leigh-Anne and Jade are listed as writers on the likes of Break-Up Song and Holiday.

One tweeted: “Just been having a look at the songwriting credits for #Confetti and realised that Jesy didn’t contribute at all whilst the other girls wrote on almost every track. I’m thinking she’s not wanted to be in the group for some time, and that makes me sad.”

Another wrote: “This is really sad. Glad Jesy is doing what’s right for her, though. She’s got no writing credit on Confetti so imagine it’s a decision she’s been struggling with for a while now.”

A third added: “I went through the lyrics credit for each of the songs on little mix’s new album and it seems there are songs written by jade, Leigh Anne and perrie and no sign of jesy (except confetti which she wrote on without the others.” [sic]

Another tweeted: “The only song from #Confetti that Jesy Nelson has writing credits on is Confetti, perhaps this is why #LittleMix chose Confetti as their title track as a tribute to Jesy.”

Some also noticed that Jesy doesn’t sing as much on the album as the other girls.

One said: “I even thought about it how on Confetti I felt like Jesy didn’t have enough sing time but I thought she was just taking a break… an hiatus and coming back eventuelly…” [sic]

“Is it just me who thinks Jesy doesn’t sing a lot in most songs on Confetti,” another wrote.

Jesy shared the news in a heartfelt statement on her Instagram page, weeks after taking an extended break from the band for private medical reasons.

She began: “To all my Mixers, The past nine years in Little Mix has been the most incredible time of my life.

“We have achieved things I never thought possible. From winning our first Brit Award to our sold out shows at the O2.

“Making friends and fans all over the world I can’t thank you all enough from the bottom of my heart for making me feel like the luckiest girl in the world.

“You have always been there to support and encourage me and I will never ever forget it.”

Jesy continued: “The truth is recently being in the band has really taken a toll on my mental health.

“I find the constant pressure of being in a girl group and living up to expectations very hard.

“There comes a time in life when we need to reinvest in taking care of ourselves rather than focussing on making other people happy, and I feel like now is the time to being that process.”

She then revealed: “So after much consideration and with a heavy heart, I’m announcing I’m leaving Little Mix.”

The singer continued: “I need to spend some time with the people I love, doing the things that make me happy. I’m ready to embark on a new chapter in my life – I’m not sure what it’s going to look like right now, but I hope you’ll still be there to support me.

“I want to say thank you to everyone involved in our journey. All the hard work and dedication that went into making us a success.

“To every single fan who came to see us in concert, who listened to our songs and sung their hearts out, sent me messages and supported me along the way I want you to know I love you all so much and I could never have done this without you and I appreciate it endlessly.”

Jesy then ended her statement by thanking her fellow bandmates as she wrote: “Most of all I want to say thank you to Jade, Perrie and Leigh-Anne for creating some of the most amazing memories i’ll never forget [sic]

“I hope that you’ll continue to fulfil all of your dreams and keep on making music that people love. Love Jesy x”