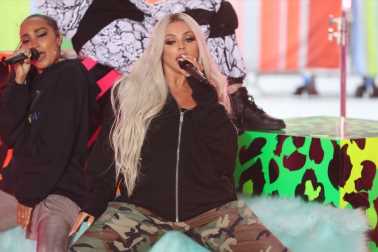 British girl group Little Mix has sold more than 40 million records globally. Its four members have been together since 2011 after being put together by judges on The X Factor. Their popularity has soared, but singer Jesy Nelson recently admitted that she’s struggled with her body image as part of the group. 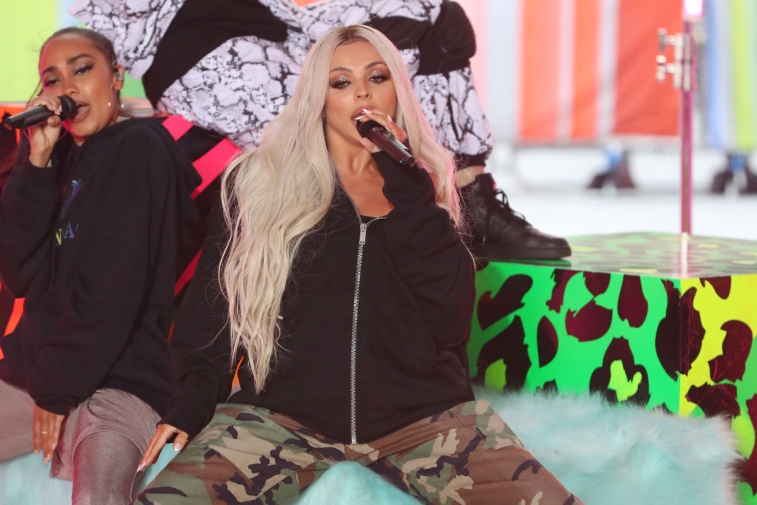 Nelson said she wanted to erase herself

The 28-year-old shared an Instagram post detailing how much social media affected her mentally and emotionally. Online trolls took a toll on her self-confidence and caused her to feel immensely insecure about who she is as a woman and person.

Nelson captioned her post with a note saying that she used to only view herself as “the fat one from Little Mix.” She wrote, “Up until now I hated her not because she’d ever done anything bad but because I was made to hate her by endless amounts of trolling. I refused to speak about how I was feeling for so long. I was embarrassed and scared to. But I was so wrong to feel that way. Please if you are feeling how I did, SPEAK ABOUT IT.”

6 months ago this girl was someone I just wanted to forget. I wanted to erase her from my mind and everyone else’s memory. I didn’t see her as Jesy I saw her as “the fat one from Little Mix”. Up until now I hated her not because she’d ever done anything bad but because I was made to hate her by endless amounts of trolling. Since filming my documentary for @bbcone and @bbcthree I’ve learned so much more than I ever expected to. Thanks to all the inspirational people I’ve met on this emotional journey, I now love the girl in this photo. I’ve made this documentary for 2011 Jesy and for anyone who might be feeling like she did. I refused to speak about how I was feeling for so long. I was embarrassed and scared to. But I was so wrong to feel that way. Please if you are feeling how I did, SPEAK ABOUT IT. Talk to your family, speak to your friends, there’s always help out there. If you’d have told that girl one day you won’t feel sad anymore, I’d never have believed you….and here I am. Now when I look in the mirror, I don’t see Jesy the fat one, I see Jesy the happy one!

But she has finally come to a point where she can embrace herself and wants to spread the message to others. During an interview with Lorraine, Nelson said that in the early days of her career, she began to believe the nasty things people said about her appearance. She added that since they’ve all gotten older, all the group members have learned not to care anymore about what people think, and she’s learned to love herself again.

Fans are applauding her, posting supportive comments like, “Ilove you just the way you are,” “Keep glowing,” and “I cried reading this. So happy and proud you’re where you arenow.”

Back in March, BBC reported that Nelson wasworking on a documentary about body image and mental health. Titled JesyNelson: My Story, the project will examine the impact and pressure of socialmedia on young people, online trolls, and the importance of getting help formental health issues. Nelson will also be sharing her own experiences in thefilm.

A synopsis of the film reads, “Jesy Nelson: My Story will look at how growing up in a social-media fueled age of selfies, body shaming, and trolling is having a profound impact of the mental health of young people.”

Nelson made this statement about the documentary:

“This is a project really close to my heart, and I’m delighted to be working with the BBC on a documentary that will both challenge me personally and also highlight a hugely important issue affecting young people today.”

She and her bandmates—Perrie Edwards, Jade Thirlwall, and Leigh-Anne Pinnock—want to promote messages of self-acceptance and empowerment through their music and in real life. Their most recent album, LM5, was meant to show women that being happy inside is what’s most important. Several songs address the attacks on physical looks, troll comments, and feminism. The takeaway? Nelson and the rest of Little Mix want young people to practice self-love.

The Jesy Nelson documentary will air on BBC Three and BBCOne but no release date has been announced.