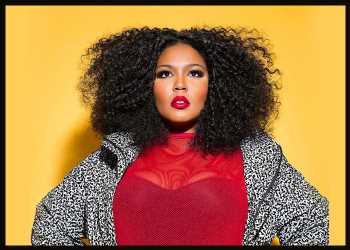 Lizzo recently took to Twitter to share that she is officially tired of “trying to convince people that the president is racist,” comparing it to “trying to tell them the sky is blue.” “They either choose to see it or not,” the singer tweeted.

“I’d rather spend my time urging the American people who oppose his racist regime to agree on a democratic nominee and end this nightmare,” she continued.

Candid about her political leanings, this is not the first time that Lizzo has expressed her particular distaste for President Donald Trump.

The “Juice” hit-maker released her most recent album, Cuz I Love You, in April and is set to hit the road beginning on August 25 with a show at Rams Head Live in Baltimore, Maryland.