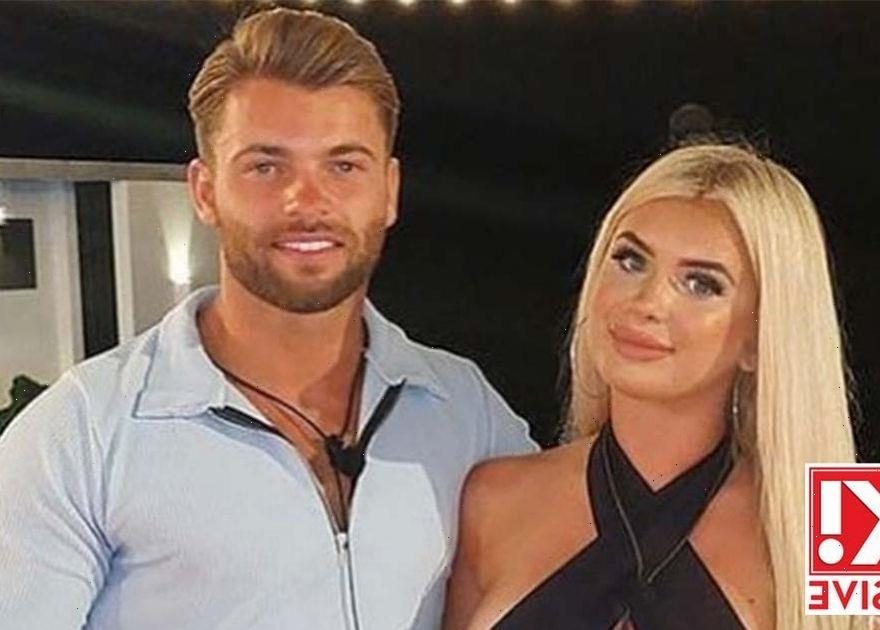 When Jake Cornish split with Love Island co-star Liberty Poole and exited the villa just before the final, fans were shocked.

The pair started the series as the perfect couple but as the weeks went on the cracks started to show – and fellow Islanders accused Jake of playing games and not being genuine with his feelings.

Opening up about how those claims made him feel, the former water engineer tells us he won’t “lose sleep” over the opinions of people he’s only known for a few weeks.

And as for how things are now with Liberty, 22, Jake tells us he did congratulate her on her recent £1 million deal with In The Style – and he’s even backing her for the forthcoming series of Dancing On Ice!

Hi, Jake! How did Love Island come about for you?

I got asked three years ago but I had a girlfriend. Then I split up with my ex a couple of weeks into Covid and I saw the casting team had put an ad out on Instagram. Two weeks later I got a call and they said they loved my video. Then I had a Zoom call with the producers and the exec, and then I went to London for my medical. When I did my VT I think Brad [McClelland] was filming his at the same time but they would move you from room to room so you wouldn’t bump into each other!

You had quite a journey on the show! What was it like when you turned your phone back on after leaving?

I got my phone two days after me and Lib walked out because you have to do social media and mental health training. When I turned my phone on I had 7,000 WhatsApp messages and my Instagram went crazy. I had a lot of good and some bad, I’d say it was 99% good and 1% bad. But that’s life and you’re not going to please everyone. I had a brilliant experience and I wouldn’t change it for the world.

Exactly! What do they teach you in social media training?

You have a tutor who guides you in the right direction and gives you some reassurance. He said, “Look, mate, the headlines are going to be bad because of the situation but try and see past it and if you’re thick-skinned you’ll be okay.” I am thick-skinned, which was a blessing. They also teach you how to block and report people, and I can highlight words I don’t want to see.

So what has the trolling been like to deal with?

Only two comments have got to me. They were mentioning my nieces and that was someone sick in the head saying, “I’ll slice you up in front of your nieces.” That’s not right. But I don’t get hate any more. A few people I’ve seen in the public, they’ve said, “You’re actually so different” and “You’re better looking in person”, and I’m like, “Yeah cause you’re only seeing 40 minutes of 24 hours!” The public are only going to believe what they see.

Your fellow Islanders and some of the public questioned your intentions with Liberty and said you were “fake”. What were your thoughts on that?

Everyone is entitled to their own opinion and I only listen and care about people’s opinions who are close to me. I’m not going to worry or lose sleep about the opinions of people who’ve only known me a few weeks because, at the end of the day, I haven’t even seen half the Islanders since I left.

So what is the situation with your fellow Islanders? Do you have a WhatsApp group?

There’s a WhatsApp group but it’s dead. There is no point in being in it. When we came out it was going off every day and now it’s gone downhill. You all go your separate ways. I’m in a WhatsApp group with Liam [Reardon] and Tyler [Cruickshank] and we talk every day, and I talk to Brad, Aaron [Simpson] and Danny [Bibby]. A couple of the girls I speak to very rarely on Instagram as I think everyone has gone their separate ways and there’s the girl code!

You recently told me some of the girls had blanked you. Is that still the case?

It wasn’t a case of blanking me, I just haven’t spoken to them. Ever since that came out, a few of the girls have messaged me and said, “Don’t feel that you’re alone, people are busy and I wanted to message you but things are still raw.”

Liberty is on the bill for the new series of Dancing On Ice. How do you think she’ll do?

I saw that! Fair play to her. I think she’ll be quite good. The challenges we did like when we performed Grease, that was quite good. I showed her some moves and she picked them up quite quickly. I wish her all the best and I’m sure I’ll be watching. I don’t even know if she likes dancing but I hope she enjoys it enough!

So what’s in the pipeline for you work-wise?

I’d love to say but I can’t. I’ve had Zoom calls and met some people. There’s exciting things coming up but you’ll have to wait and see!

For more of Bobby’s celeb interviews, go to Instagram @getgobbywithbobby