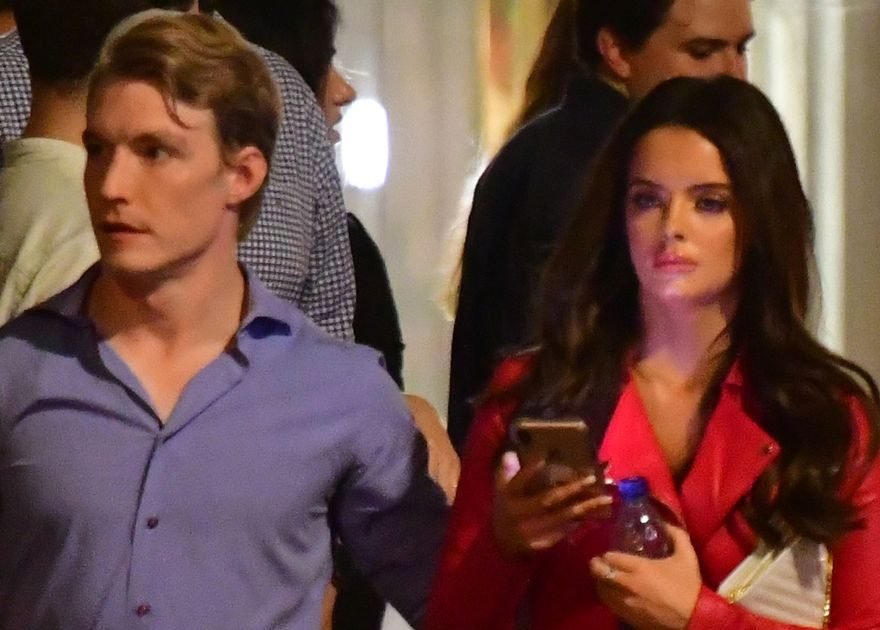 Maura Higgins has been pictured enjoying a night out in London with a mystery man after announcing to fans she was feeling burned out and taking some time to herself.

Dressed in a thigh-skimming red leather dress, Maura, 28, was spotted exiting Mayfair hotspot Mahiki at 3am with a male companion by her side.

Her smartly dressed friend kept close to Maura, wrapping an arm around her waist and even protected her face from the cameras.

The pair were also seen exchanging words outside the celebrity haunt before hopping into a waiting car.

Boyfriend Curtis was nowhere to be seen and was instead attending a PA miles away in Telford.

Former grid girl Maura looked rather glum-faced at being papped and only gave a smile when sat down in the back of her cab.

Before her night on the town, Maura had shared numerous snaps of her racy outfit to her Instagram page – but kept her blond-haired male pal out of shot.

Maura's decision to document her night out had raised eyebrows on social media as she'd cancelled an appearance to meet fans in Birmingham on the same night.

The Irish star later admitted that she'd needed some time out from her hectic post Love Island schedule.

In a grovelling Instagram post taken the morning after the night before, Maura said: "I wanted to come on and say to everyone who was coming to see me at my PA, I'm so sorry I didn't make it.

"To be honest, I'm completely burnt out – I've not had a day off since leaving the villa and I've not had any social time or anything, so I need to take a few days off and just kind of sort my head out."

She then said she'd seen a doctor after feeling completely run down and was taking some time off in the next few days to her own thing.

There had been rumours the pair might be on the rocks as unlike many other couples from the series, they have barely spent any time together since leaving the villa.

But the duo reunited for a date at Sheesh in Chigwell, Essex where they tucked into mountains of food and cocktails.

The next morning Curtis shared a video of his lady love in bed as he revealed he was leaving her to head off to work.