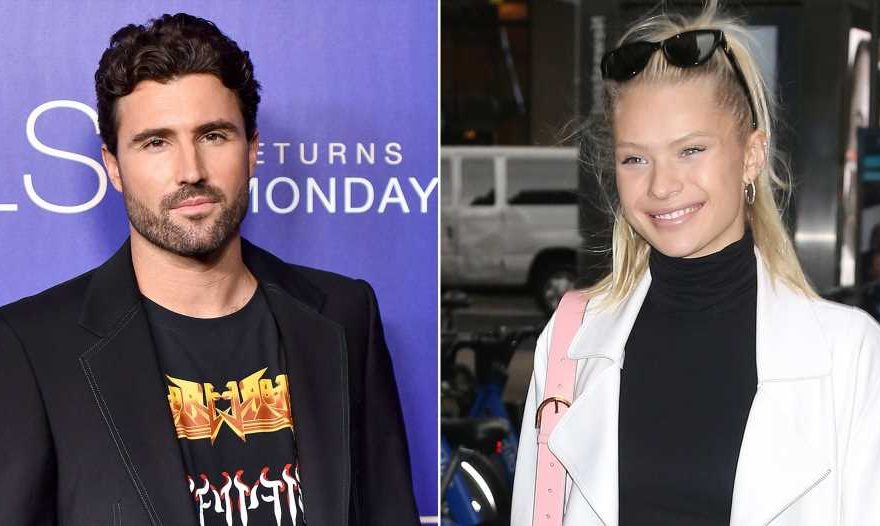 Busy doing their own thing! Brody Jenner and his new girlfriend, Josie Canseco, were nearby the 2019 MTV Video Music Awards on Monday, August 26, but the twosome had other plans.

The Hills: New Beginnings star, 36, posted a series of Instagram Stories of himself and a pal hanging out at a rooftop pool in New York City during the day and later documented a night out with the Playboy model, 22.

Jenner doted on his leading lady as she got ready for their evening together. “Get it girl, get it,” the reality star said as he captured a video of her applying makeup wearing a silk, black Victoria’s Secret robe. Canseco ate up the attention and put on a flirty little show for her beau.

The duo got cozy at Up and Down nightclub, with Canseco showing off her toned body in a gray crop top with a plunging neckline, skinny jeans and high heels. The MTV personality, for his part, opted for a casual look pairing his T-shirt and jeans with a baseball hat.

Jenner and Canseco were first linked earlier this month shortly after the Princes of Malibu alum announced his split from Kaitlynn Carter. Jenner and the blogger, 30, wed in Indonesia in July 2018, but a source told Us Weekly post-breakup that the pair were never legally married as they never acquired a marriage license in the United States.

Carter has since moved on with Miley Cyrus, whom also recently split from her husband of nearly eight months, Liam Hemsworth. The New Hampshire native was on hand at the VMAs to support Cyrus, 26, as she performed her new song, “Slide Away,” inspired by her breakup with the Hunger Games actor, 29.

The Hannah Montana alum and Carter were spotted holding hands following the awards show on Monday night as they strolled the streets in Manhattan with Cyrus’ mom, Tish Cyrus.

Scroll down to see more photos of Jenner and Canseco’s date night!