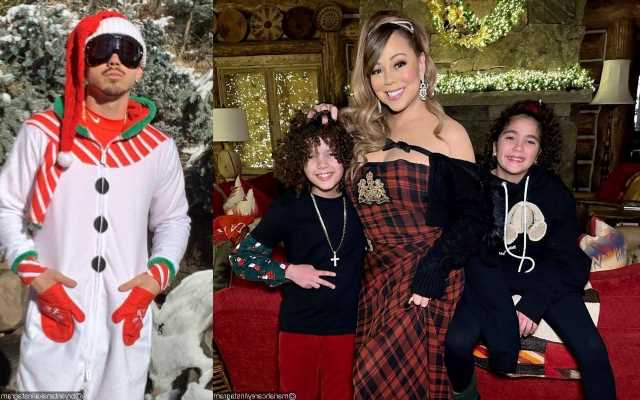 According to a source, Bryan is a great role model to her twin kids, Monroe and Moroccan, and is so close with them, but they won’t call him dad because of one thing.

AceShowbiz –Mariah Carey‘s boyfriend Bryan Tanaka has no problem getting along with the pop star’s 11-year-old twins, Monroe and Moroccan, whom she shares with ex-husband Nick Cannon. A source claims that Bryan is acting like “a second father” to her kids.

The source spills to HollywoodLife.com that Bryan has a close relationship with the twins. “Bryan is a great role model to her kids and is so close to them,” the source shares.

While the kids “look at him like a second father,” they reportedly do not call him dad. “That word is reserved for Nick who is very active in his children’s lives. Nick and Bryan get along great, and Bryan has been a part of Mariah’s life since 2006, so Nick trusts him with everything,” the insider continues.

Another source echoes the sentiment. “Mariah’s kids are very bonded with Bryan but he’ll never replace Nick and would never try,” the source notes. “There have been times in the past that Nick has popped up in Aspen to see them on Christmas but this year he spent it in L.A. and Mariah was totally fine with it because her kids were. They’re going to have a late Christmas celebration with Nick, he never lets them down.”

The source also reveals if Mariah and Bryan are planning to take their relationship to another level. While the couple is “the happiest that they have ever been together,” they are reportedly not eyeing a trip down the aisle any time soon. The source says, “She’s done it twice already and it is not something that she is interested in doing again. She knows how much he loves her, and he knows how she feels the same.”

Meanwhile, Nick recently said that he’s “traveling all over” to meet all of his kids on Christmas. On Friday, December 25, the 42-year-old and Brittany Bell took their two kids, 5-year-old son Golden Sagon and 2-year-old daughter Powerful Queen, to serve meals to the homeless during the Los Angeles Mission’s Christmas Feed-the-Homeless event.

When asked about how he’d spend Christmas this year, he joked, “Me and Santa Claus do it together.” He elaborated, “I have the same vibe as Santa Claus, I’m traveling all over.”