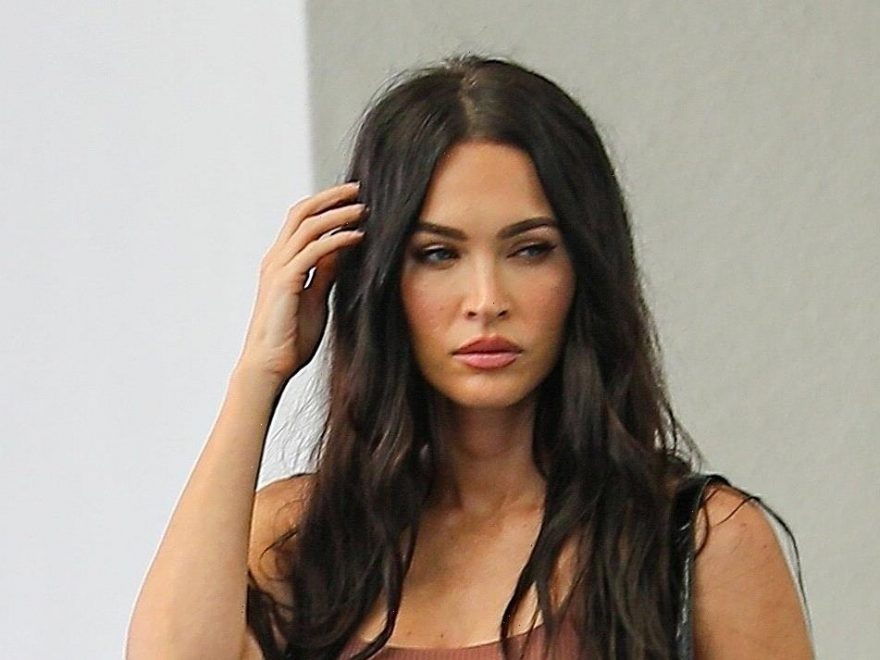 Megan Fox pulls off casual athleisure just as well as she does high fashion.

Fox was photographed running errands in Beverly Hills on Wednesday, wearing a fitted cropped tank top and leggings, a sweatshirt tied around her waist. The Transformers star accessorized with a pair of white and gray sneakers, a black handbag, and most importantly, a can of Perrier sparkling water. Fox's latest outing comes as she clarified her comments calling Donald Trump a "legend" during an appearance on Jimmy Kimmel Live.

"I was in a row with [Justin] Bieber, and Trump was also in my row. He had, like, thirty secret service with him," Fox said at the time. "He was a legend. That arena was very supportive of Trump when he came in."

In an Instagram story on Wednesday, Fox wrote, "Uhmmm … I do not align myself with any political party or individual politicians. I never said Donald Trump is a legend. I said he was a legend … in that arena (key part of the sentence)."

"The arena was filled with UFC fight fans. Many of them clearly Republican based off the insane crowd reaction he received walking into the T-Mobile venue," she continued. "That was an observable fact. Not my opinion."