In a new interview, Miranda Kerr joked that she now views ex-husband Orlando Bloom as an ‘annoying brother’ — and gushed about his fiancée Katy Perry.

Miranda Kerr continues to be the biggest cheerleader of ex-husband Orlando Bloom’s fiancée, Katy Perry. In fact, the model, 38, has revealed that she just might love Katy, 36, more than her ex, 44. Miranda appeared on Candace Parker’s podcast Moments With Candace Parker on Tuesday, Aug. 17 and gushed about her friendship with the singer.

“We go on holidays together. We celebrate all the important milestones together,” Miranda said of Katy. “I love her. I mean, it’d be safe to say that I love her more than Flynn’s dad.” The model and Orlando, who were previously married between 2010 and 2013, share son Flynn, 10, together.

Miranda also joked that she now views Orlando as more of a sibling. “He’s, like, to me right now, a brother. And most of the time, an annoying brother,” the model joked, adding that Katy “helps me deal with him.” Miranda added, “I’m so grateful that she’s there because it takes the pressure off me.”

Orlando and Katy met in 2016 and began an on-again, off-again relationship prior to getting engaged on Valentine’s Day in 2019. The couple welcomed their first child together, daughter Daisy Dove, in August 2020. In the podcast interview on Tuesday, Miranda recalled meeting the singer for the first time when she first began to date her ex, revealing that the two got along right away. 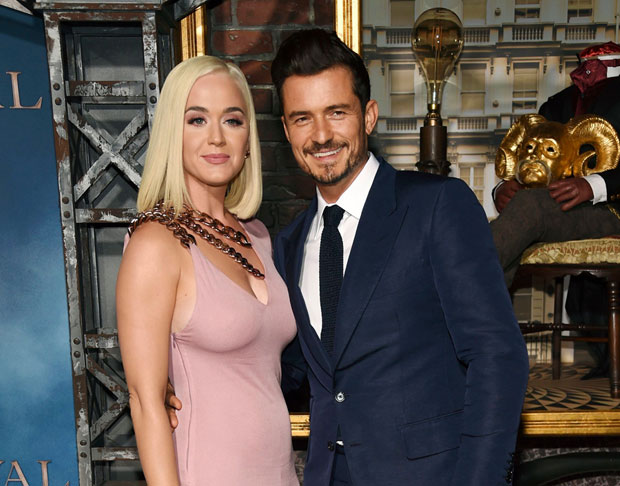 “When Orlando started dating Katy, I remember he invited me over one time and she was there, and we just immediately got along,” the model told Candace. “I saw how she was with Flynn. She was very playful with Flynn. She was not trying to be his mum. She was just being friendly and fun, and that’s all you can ask for.” Miranda added, “We hung out by the pool at his house in Malibu and then there was like a little party up the road, and we all went to it together and it was like, ‘Oh, this is great!’”

Miranda has since remarried following her split from her “annoying brother.” She wed Snapchat CEO Evan Spiegel in 2017, and the two share sons Hart, 3, and Myles, 1, together. In April, Miranda and Katy hopped on a joint Instagram Live and gushed about motherhood. “The kids are my number one love, it’s just the best thing in the world, being a mum,” Miranda said. Katy agreed and added, “It’s the best job. It’s the most fulfilling, there was no feeling like the feeling when I had my daughter. That was like all the love I was ever searching for.”