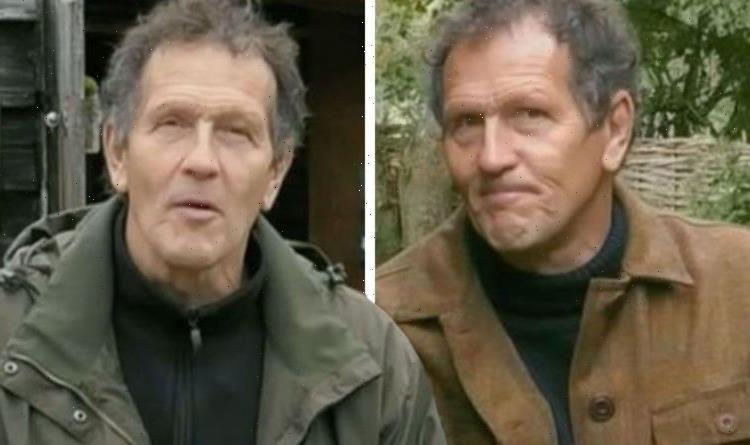 Monty Don, 66, has been passionately campaigning to rule out the use of peat in compost for years, describing using it in your garden as an act of “eco-vandalism”. Peat is an organic fuel consisting of spongy material formed by the partial decomposition of organic matter, but Monty has pointed out that it is being extracted for horticultural use quicker than it can reform.

He previously revealed that we are using peat “at around 200 times the speed that it can reform and over 95% of British peat bogs”.

These are essential for a whole range of birds and plants and have been lost this century.

“It cannot ever be justified,” Monty warned.

So, after an open letter was drafted and signed by 33 industry leaders claiming that the use of peat is “sustainable, renewable and sequester carbon”, Monty labelled the statement “depressing but predictable”.

It comes after a Twitter user shared their thoughts on the situation.

“Todays question #twitter #gardeners & #horticulturists. Where do you stand on the #peat debate?” they wondered.

“Some industry leaders are suggesting in an open letter in GTN Extra that peat based composts can be considered sustainable, renewable & sequester carbon.”

Monty quickly replied: “This is depressing, but predictable.

“The debate really is not about whether peat is a good thing or not.

“The debate is how we adapt to not using peat at all.”

In the past, Monty has tried to encourage gardeners to revert to other alternatives, such as coir.

“A number of firms are making substantial efforts to get peat-free composts to the public,” he wrote.

“I use a lot of coir, which I buy as compressed ‘bricks’ and soak to expand into a loose, fibrous potting medium.

“It is a waste-product from coconuts and as such is a form of recycling.

“But it produces good root structure, holds water well and is a good base for mixing your own compost.”

But he warned his fans not to “overwater” it, as the surface of the container will dry out but it holds water very well at root level.”

He also suggested crushed bark as another source of compost, which many local councils deliver for a nominal charge.