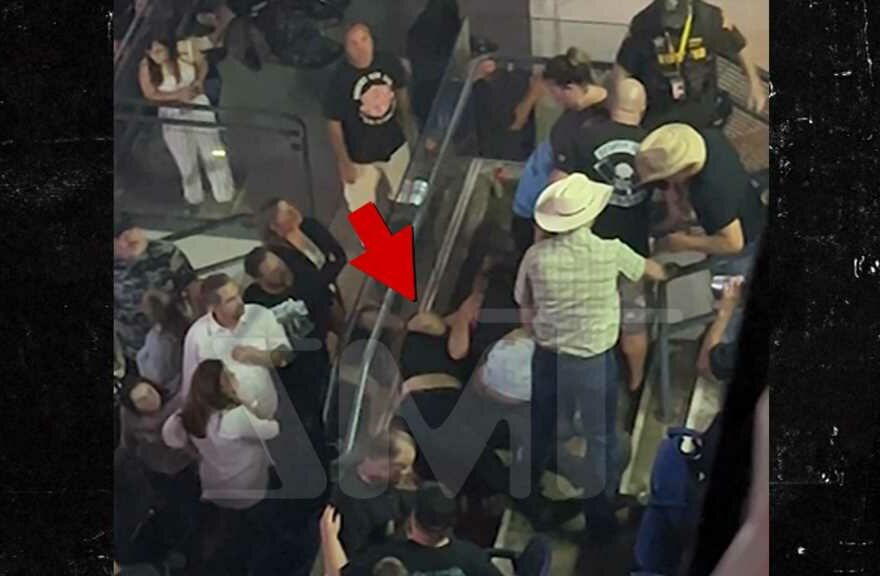 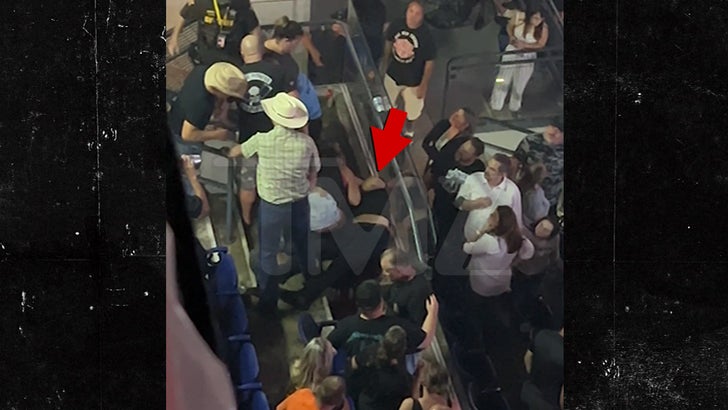 Motley Crue is known for their wild antics…but things really got out of control at their Indianapolis concert Tuesday night … a fan was lying motionless on the ground after apparently falling from the upper level.

TMZ has obtained video of people at the show gathered around the man and tending to him as the legendary ’80s rock band was belting out their classic, “Looks That Kill.” A witness told us there was a puddle of blood around the victim. 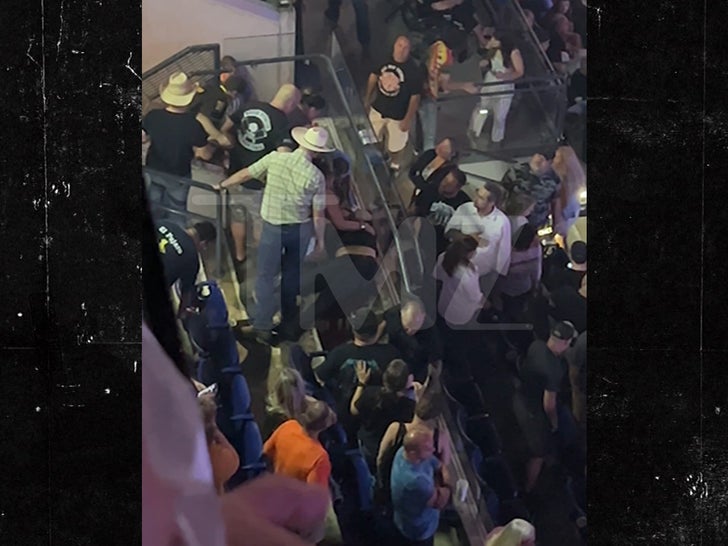 The Indianapolis PD says they assisted an injured person, who was “awake and breathing.” Cops confirmed they were investigating whether the man was extremely intoxicated, leaned over the railing and fell from the upper level to the lower level. His condition is currently unknown.

Motley Crue was headlining a classic rock concert with Def Leppard, hitting the stage at Lucas Oil Stadium around 9:30 PM. The fan took the spill from the upper level about 45 minutes into the band’s set. 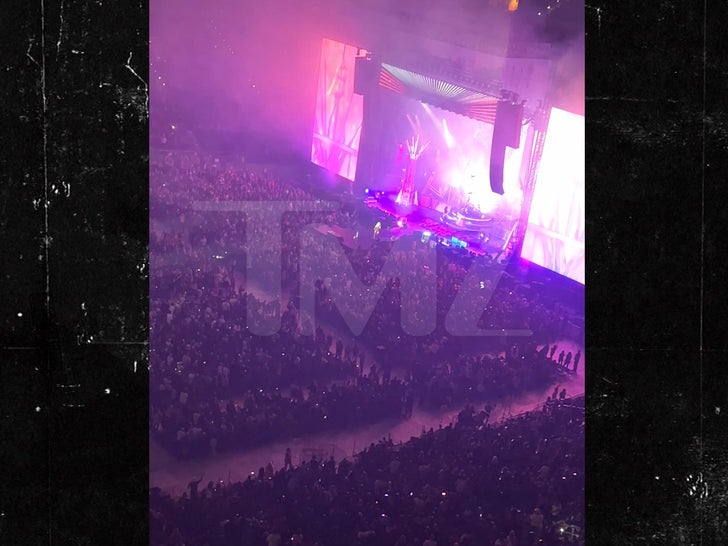 People in the crowd jumped to their feet and gasped as they realized what happened. Police and paramedics arrived quickly, placed the man on a gurney and wheeled him out of the stadium.

Motley Crue seemed oblivious, completing their set and walking off stage at about 11 PM. To be fair, the band may not have gotten word about what happened. The stage was pretty far away from where the alleged accident occurred.

We’ve reached out to Motley Crue for comment … so far no word back.