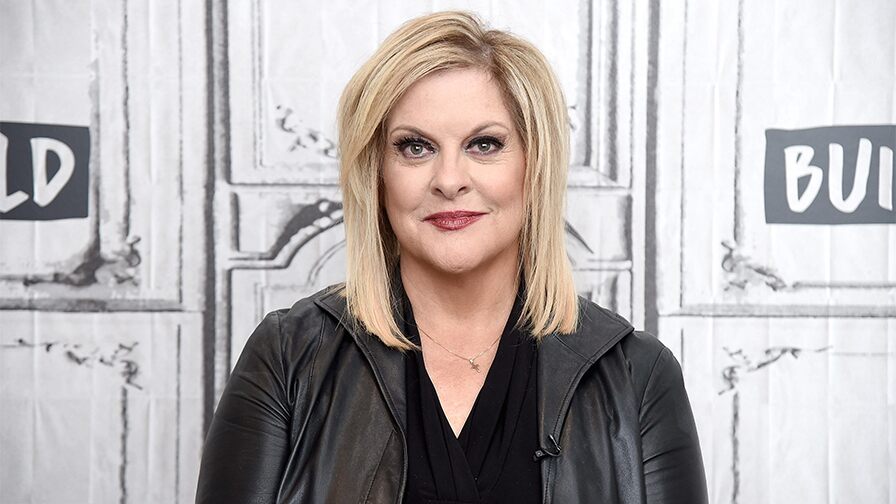 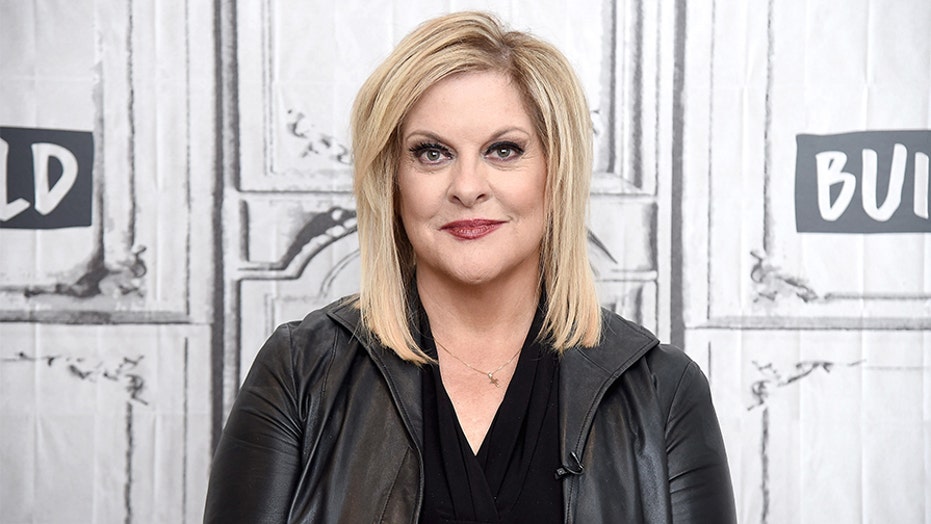 Nancy Grace is eager to help find answers for loved ones of crime victims so that they don’t suffer for as long as she did.

In 2016, the now-59-year-old announced she was ending her HLN program in which she discussed true crime stories from a prosecutor’s point of view. She began her career on Court TV before moving to HLN in 2005.

Grace’s interest in law was sparked in college by a devastating tragedy. According to The Hollywood Reporter, the then-19-year-old English major at Mercer University was engaged to Keith Griffin, 23, in 1979. Their wedding was a few months away when Tommy McCoy accosted Griffin outside a convenience store. The disgruntled co-worker, who’d been fired from the construction site where both men worked, fatally shot Griffin five times in the face, back, neck and head.

“Keith’s life ended and my life exploded,” Grace told Fox News. “I grieved for Keith for so many decades. After Keith’s murder, I dropped out of school. I was lost. I almost missed the opportunity to have a family, to have children. I just couldn’t let go.”

The outlet shared that while McCoy was convicted, he was released on parole in 2006. Grace said she learned about the shocking news after a viewer emailed her. 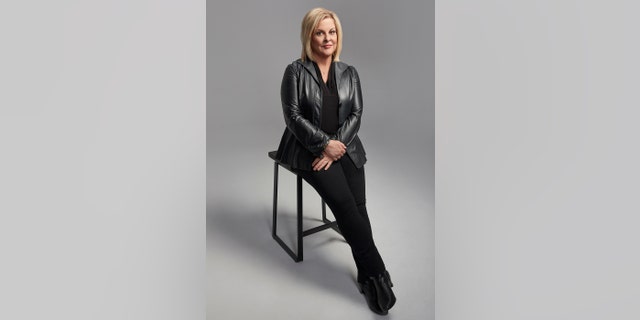 “The man that murdered Keith was caught and tried,” she explained. “I was a witness at the trial, he was put in jail, and yet he was released on parole… It was a shock, it was a blow, almost a mortal blow… I was certainly not prepared to hear that. Was there justice? I guess as much justice as our system can give. But the pain behind a violent crime never ends. It affected the rest of my life. It affects who I am right now, today. It affects me in how I see the world… I guess justice is open to interpretation.”

Grace said it was Griffin’s death that compelled her to become a prosecutor. But still, she was privately mourning.

“After his murder, I went many, many years, over 20 years, without letting myself be happy,” she explained. “Happiness was all around me, but I pushed it away in every way I could. I didn’t want it. Without Keith, I did not want to be happy. Nothing could make me happy.”

“It was not until the twins entered my life, after all those years, I had joy,” said Grace. “Real, unadulterated joy. They changed my world. I guess a message I have to other loved ones of crime victims is please don’t mourn and grieve for as long as I let myself. Joy is all around us. Don’t do what I did. Grab that joy and run with it. That’s my message I learned from the twins.”

But Grace insisted life hasn’t always been smooth sailing, despite her success personally and professionally. She said critics have never been shy to speak their minds about how she tackles crime.

“I should have a thicker hide by now,” she chuckled. “But I got that criticism from the get-go when I started trying cases in every way imaginable from mocking me to questioning my ability to try a case to make comments on my clothing or my figure — a million different attacks from every corner. My hair, my accent, the way I talk or walk.” 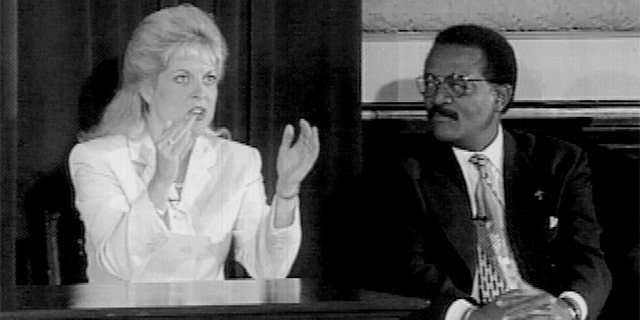 Nancy Grace and Johnnie Cochran as seen on Court TV’s 5th Anniversary Special "Justice In America: Perception vs. Reality." The program aired live on July 1, 1996, from the Association of the Bar of the City of New York. (Photo by Evan Agostini / Liaison Agency)

“I found it very disturbing and upsetting at the time, how difficult it was for a woman to break into a male-dominated world or profession,” she continued. “I always felt that giving in to those criticisms and those jibes and attacks took my eyes off the prize. And that prize was justice. I got to the point where the more criticism and attacks were thrown my way, the harder I worked… If I listened to my naysayers, I’d still be hiding under the bed.”

Grace said “Injustice” allows her to thoroughly analyze cases, just as she did as a prosecutor. And she’s determined to preserve the memory of Griffin, as well as many others who were brutally killed.

“I finally, after 20 years, did remarry,” she said. “And I finally had a dream come true of having children, having a family. I never thought that would happen. But even now, when I finally have joy in my life, it still hurts when somebody out of the blue asks me about Keith’s murder. When these families speak about the victims, it’s very painful for them. It’s painful for me to hear it, too. But… what they have to say is important, not just about their case, but what it means for the rest of us. We need to hear their voices.”