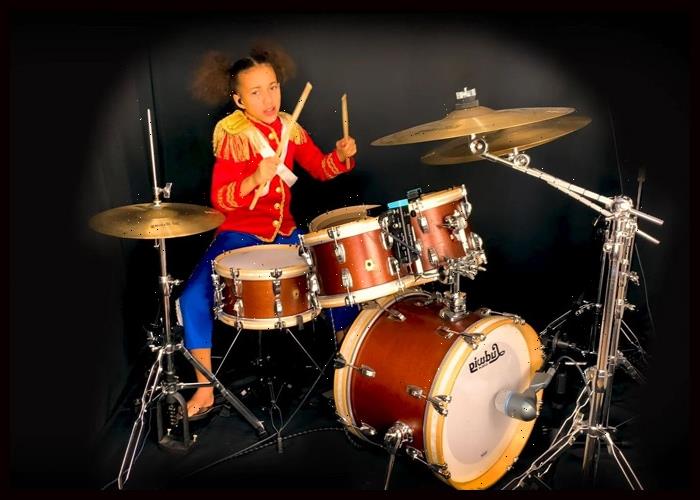 Nandi Bushell has teamed up with Rage Against the Machine guitarist Tom Morello and his 10-year old son Roman Morello for her new song “The Children Will Rise Up.”

Nandi and Roman wrote the song that says children’s voices cannot be silenced when it comes to shouting from the rooftops about environmental injustice.

“They let the Earth bleed to feed their filthy greed/ Stop polluting politicians poisoning for profit/ While they’re killing all the trees, now we all can’t breathe,” Bushell sings in the visual.

She also doubles up on drums, while Roman swings his hair around and lets go the song’s chunky riffs.

Environmental activist Greta Thunberg appears towards the end of the visual with the simple message, “rise up.”

Bushell said in a statement that she learned about climate change at school and wanted to do her part to make a difference.