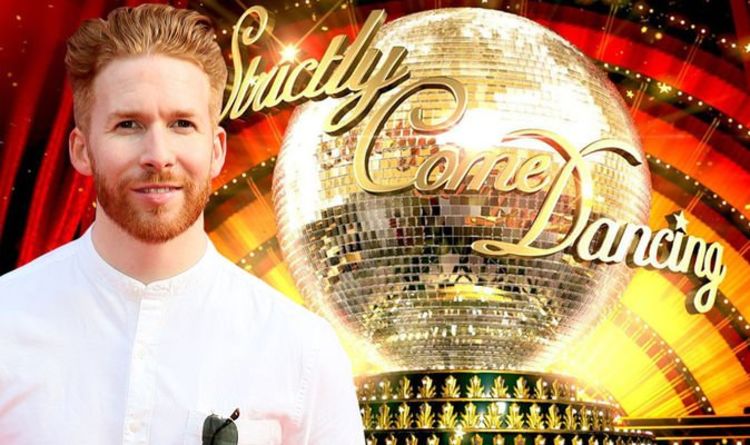 Neil Jones, 37, is good friends with James Jordan, 41, and his wife Ola Jordan, 36, who were part of the Strictly Come Dancing professional line-up from 2006 until their departures in 2013 and 2015 respectively. Putting his support behind his pal, Neil threw James’ name into the mix to replace outgoing Dancing On Ice judge Jason Gardiner, 47, after the choreographer revealed he had quit. “I’m just going to put it out there… I think @The_JamesJordan should be the new judge on @dancingonice,” Neil told his 59,000 Twitter followers. He went on to argue James was best positioned to take on the job since winning the show earlier this year.

“He’s won the show so he has experience and he has knowledge as a dancer and we all know he loved to gives his opinion,” he quipped.

James was crowned Dancing On Ice 2019 champion alongside his professional skating partner Alexandra Schauman in January.

In addition to mastering the skating skills, he has an extensive background in dance and choreography, thanks in no small part to his years on Strictly.

Neil’s followers seemed to be overwhelmingly on board with his idea of James taking Jason’s spot on the Dancing On Ice panel, with one commenting: “Totally agree, he was a fabulous contestant and certainly has al the right qualifications.

“He would be the perfect addition to the panel… Where do I vote?” 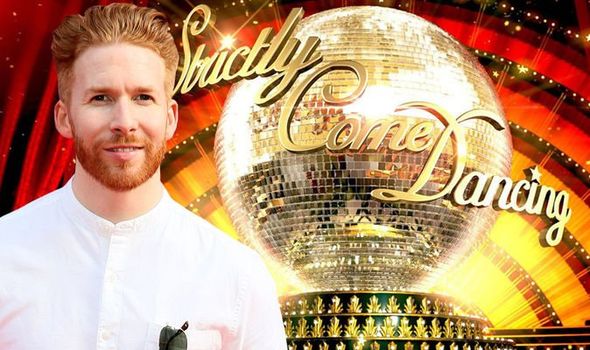 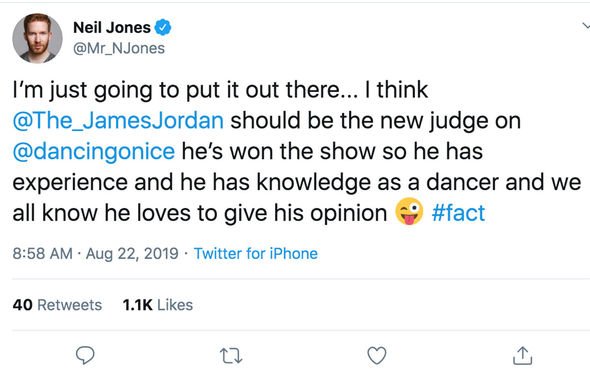 “Great idea as he knows about dance/skating/choreography and how the contestants will be feeling,” another said, while a third added: “He would be b****y brilliant on it.

“He’s hones and knows the score. Both skating and dancing.”

A couple, however, were not fans of the ideas, with one chiming in: “Nooo can’t stand him don’t spoil a good programme.”(sic)

Another Twitter user simply said: “No, arrogant, self-absorbed and cocky.”

Elsewhere, Neil Jones looks set to get a partner on Strictly Come Dancing 2019 after both Gorka Marquez, 28, and Graziano Di Prima, 25, revealed they would not be part of the core line-up this year. 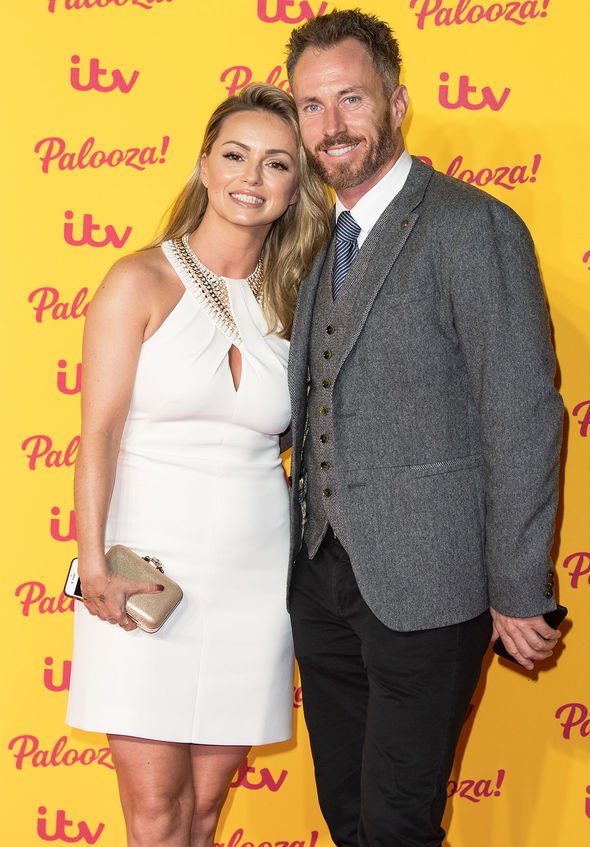 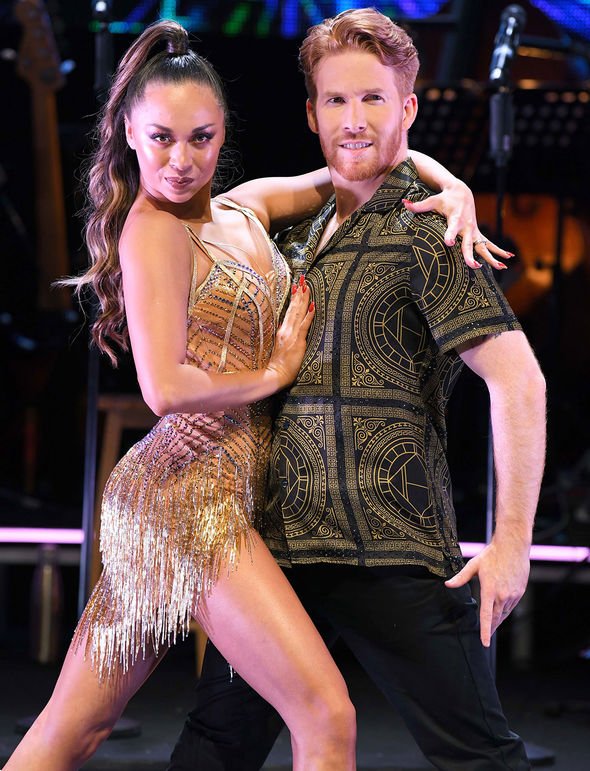 With those two out of the running, there are only seven male professional dancers left, matching the number of female celebrities.

This would mean both Neil and Johannes Rabede, 32, are likely to get to compete for the Glitterball for the first time.

Neil Jones, who recently split from wife Katya Jones, has been part of the Strictly family since 2016 but has never yet been partnered up.

He has become a fan favourite for his humorous appearances on It Takes Two and as a member of the cast performing group dances.

Fans will have to tune in to the Strictly launch show to find out the professional/celebrity pairings.

Strictly Come Dancing 2019 launches next month on BBC One.