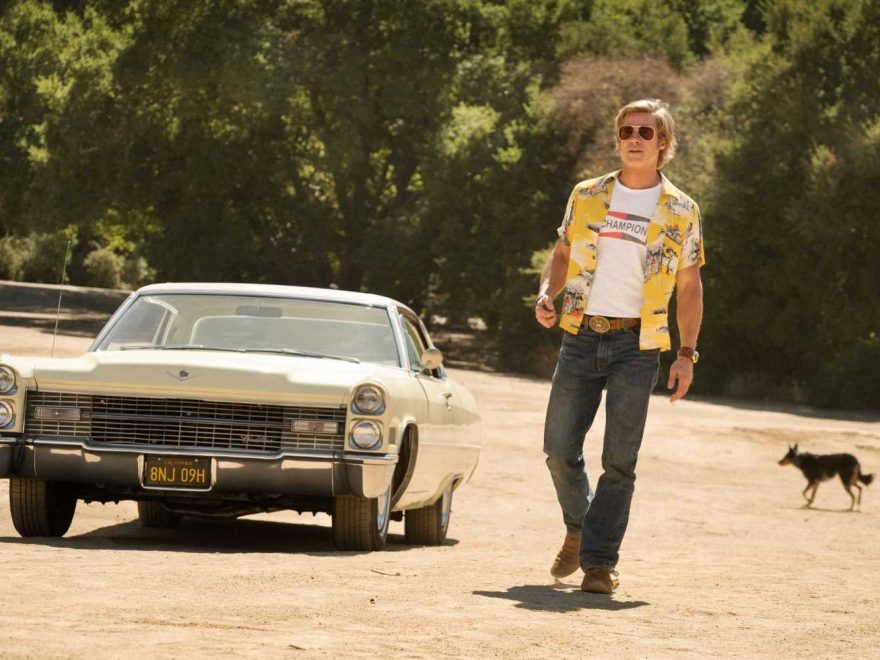 One of the most intriguing and mysterious characters in director Quentin Tarantino’s “Once Upon a Time in Hollywood” has to be fictional stuntman Cliff Booth, who is played by Brad Pitt.

While said to be stylistically inspired by actor Tom Laughlin in the “Billy Jack” movie franchise, Booth is an invention of Tarantino and Pitt, and is depicted as the loyal and deadly friend of fading television series star Rick Dalton (Leonardo DiCaprio).

Accused by multiple people of being a murderer, Booth is somewhat of an outcast in the universe of stuntmen, and is believed to have gotten away with killing his wife, Billie Booth (Rebecca Gayheart). However, the film is ambiguous on that front and leaves Booth’s alleged dark past to speculation.

What Tarantino does allow the audience to see is a flashback scene that takes place on a boat, during which Billie scolds Cliff, as he sits holding a beer with a harpoon gun laying across his lap, pointed at his wife.

So what happened next? Did Cliff kill Billie, whether intentionally or accidentally, in a moment reminiscent of Vincent Vega’s lack of trigger discipline in “Pulp Fiction”?

The film unfortunately doesn’t say, which is obviously deliberate on Tarantino’s part, much to the chagrin of audiences. The movie sets audiences up to infer that Booth did kill his wife, but his actions throughout suggest he never would. And the scene simply serves to give just as much information as the rumor suggests, and lets viewers reach their own conclusions.

But one person who might be able to answer the question is Pitt.

In a recent interview with the Los Angeles Times, the actor shared that he knows the entire story of what happened on that mysterious day on the boat, but he will “never tell,” he said. His reasons? He prefers the ambiguity, especially given how the film ends, with the violently heroic acts of his character. “So why spoil that?” he said.

Of course there’s always the chance that the truth will be revealed eventually, and quite possibly by Tarantino himself. Although likely not any time soon.

It’s worth noting that the circumstances of Billie Booth’s death certainly mirror the unsolved tragic end of Hollywood star Natalie Wood who drowned after a boating trip with her husband Robert Wagner, with whom she reportedly had a tumultuous relationship. Alcohol, motion sickness pills, and painkillers were found in her system, but the events surrounding her death were eventually ruled inconclusive, leaving conspiracy theorists to speculate.

In 2018, Wagner was named a person of interest in the ongoing investigation into her death.

The ninth film from Tarantino is currently in theaters.