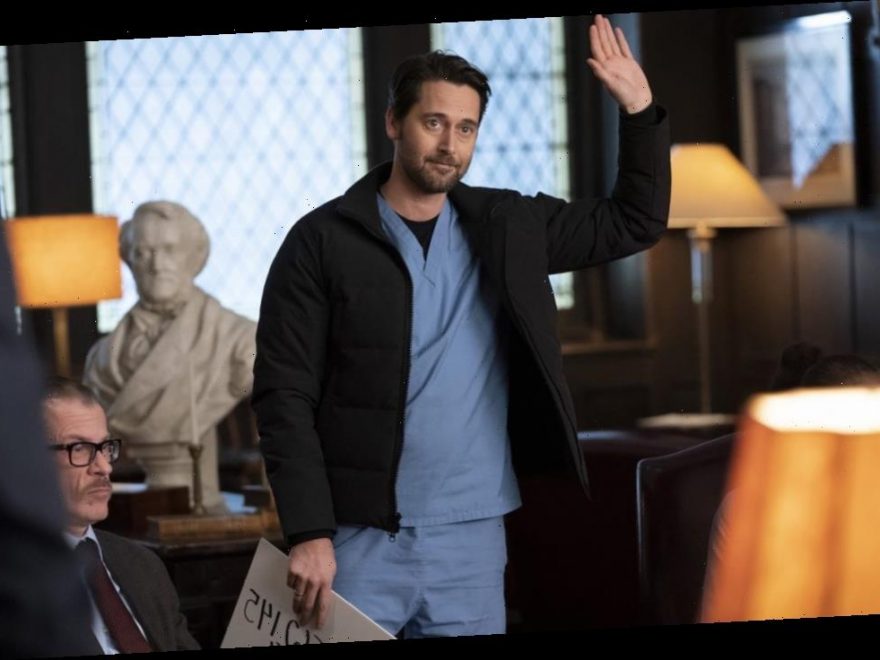 Former The Blacklist alum and star of New Amsterdam, Ryan Eggold revealed his coronavirus (COVID-19) scare. The actor took to social media to explain how he’s using the experience to help others.

With shows returning after a multi-month shutdown (thanks to COVID-19), many wonder if any will explore the pandemic. Since New Amsterdam is a medical drama set in New York City, it seems like a given.

“The pandemic will absolutely feature in the next season, it has to,” co-star Freema Agyeman (who plays Dr. Helen Sharpe) told Emmy Magazine (via Extra TV). “Anything the producers and writers had planned has taken a complete 180.”

Eggold, who plays Dr. Max Goodwin, seconded the notion. “They want to kind of start the story there if only to pay tribute to the healthcare workers who have every day put themselves on the line to help people.”

“It is way too important of an opportunity for us to honor these stories. The fear of having to go back and do a show pretending like this didn’t happen would be so bizarre,” Janet Montgomery (who plays Dr. Lauren Bloom) added.

The hospital is sometimes shot on-location in the very place the show is based on — Bellevue Hospital.

“They have either started building or will start building new sets because we will have to replace the actual hospitals that we went to,” Eggold said.

“There is no firm date, but everybody wants it to be soon, we want to get back to work. I miss everybody.”

New Amsterdam previously shot an episode titled “Pandemic” that revolved around a fatal virus — much like COVID-19. Producers pulled it for the time being.

“It was a little scary and they didn’t want to air it at the time to further scare people,” Eggold told E! News.

“And to rally together instead of being afraid. That may air in the future. I know that [showrunner David Schulner] plans to tackle this pandemic that we’re all living through on the show. I don’t know exactly how it will manifest, but I know that they will reflect that when we start season three.”

Eggold had his own COVID-19 scare

In surprising news, Eggold took to Instagram in celebration of 400,000 followers to tell fans that he had COVID-19. The actor explained his experience was “similar to the flu.” However, he “never had trouble breathing” but knows “many others have had different, more severe experiences.”

“They’re collecting plasma from folks like me who’ve had it and recovered in an effort to distill the antibodies into a more concentrated form to help treat other folks and protect our much needed frontline workers,” he wrote.

“It’s called #HyperimmuneGlobulin So if you’ve recovered from Covid I highly recommend donating your plasma. Took about an hour and was relatively painless.”

Eggold said it isn’t about politics. He believes “in people and our ability to help each other when times are tough,” adding “I’m excited for the day when we can get back to human connection, people working to feed their families and pay their rent, kids back in school.”

He continued: “Let’s get back to caring about other important things as much as we care about coronavirus. If you’re on the other side of this and you feel up to it, go donate! 🙂 Stay safe, stay smart, stay connected. And thanks 400K I’m honored to be a part of your community. Thanks for having me”

Eggold’s sister works on the frontlines

The New Amsterdam star’s loyalty to the medical field runs deep. As he’s posted before, his younger sister, Nicole Eggold, is on the frontlines. She is who Eggold deems “my amazing superhero,” who “right now is spending her days making sure other folks stay as healthy as they can up in Anchorage,” he captioned a birthday tribute on Instagram.

New Amsterdam, which was renewed for three more seasons, might not focus only on the pandemic when it returns in 2021, but Eggold is ready to tackle the storyline head-on.

“I hope that we can tell that story in a way that is reflective of people’s experiences, and not make light of it nor make it unnecessarily heavy,” he said.