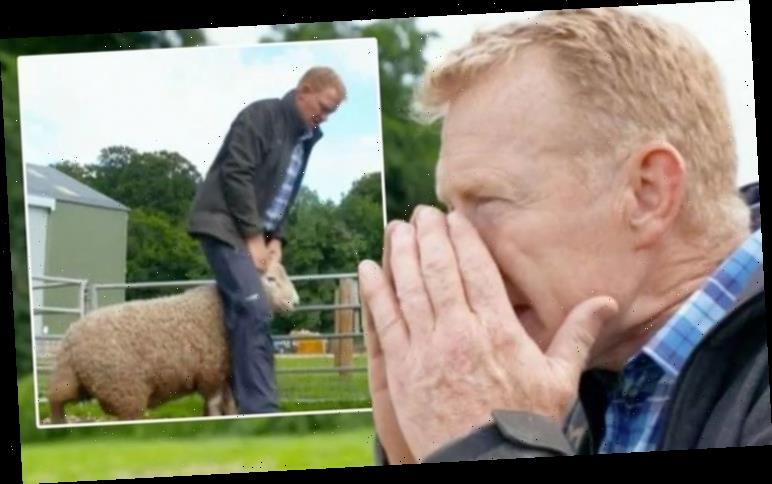 Tonight’s episode of Countryfile was predominantly brought to viewers from the Lake District as Ellie and Joe celebrated the 250th anniversary of William Wordworth’s birth. As well as exploring the history of the poet, BBC viewers also got an insight into how the coronavirus pandemic has affected the selling of livestock, courtesy of Adam. However, when Adam welcomed the cameras to watch him adapt to new ways of selling sheep online, things didn’t quite go to plan.

Adam opened up on the difficulties selling animals online can pose as opposed to being able to go to shows to look at the creatures.

“One of the things that’s very different about selling sheep online,” he began. “Is that usually these animals would be on sale at a market,

“And the people interested in buying livestock would get in amongst them.”

Adam demonstrated this to Countryfile viewers, opening a gate to join a dozen or so of his woolly guests. 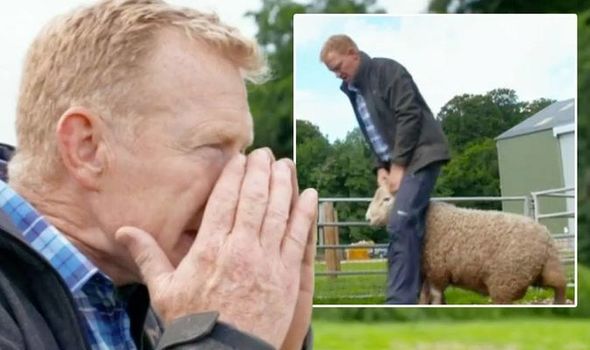 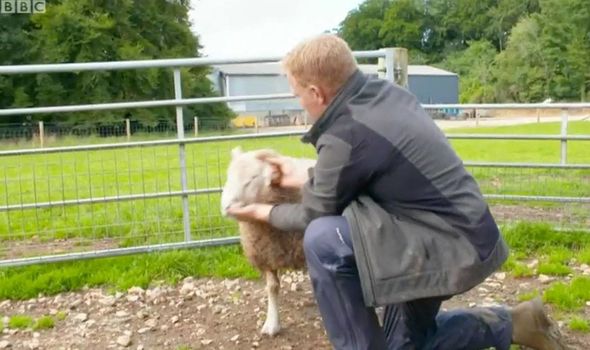 He continued: “They’d feel the animals over, they’d look at their bodies and make sure they’re everything they’re looking for.”

Adam then revealed he was going to try and “replicate” that method of selling by taking photos of the animals for an online market.

However, in order to do so, he’d have to get a smart snap – and it’s fair to say it wasn’t smooth sailing.

He aimed for pictures of three sheep: a Norfolk, a Kerry Hill and a White-faced Dartmoor. 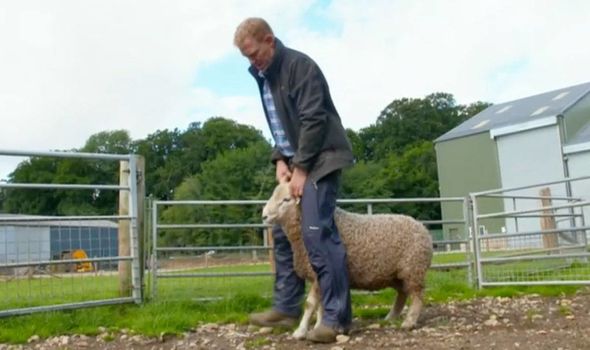 Adam even enlisted the help of livestock manager Michael to help get a few snaps.

“It’s time for an agricultural photoshoot,” Adam said, before noting: “If the models are happy to pose for photos that is.”

Adam could then been seen struggling with one of his guest sheeps, failing to get it to stand still for a photo.

The White-faced Dartmoor refused to stand still, prompting Adam to wrestle with it.

He eventually got a photo with the sheep but the blunders and mishaps didn’t stop there.

Both the Kerry Hill and Norfolk posed formidable foes to having their portrait taken.

As Adam grabbed the Norfolk’s horns, it was clear this photoshoot wasn’t going to happen.

“Ready? Finger on the button?” Adam asked Michael as he prepared to leave the animal still for the photo.

After getting the thumbs-up, Adam let go but his sheep stormed straight back inside, trying to veer past the Countryfile host.

“No chance,” Adam conceded as he failed to grab a photo of the final sheep and it ran out of shot.

The hilarious mishap didn’t deter Adam, however, but he did manage to visit a reopened market to see the more traditional ways of buying and selling livestock take place.

Countryfile continues Sundays on BBC One.