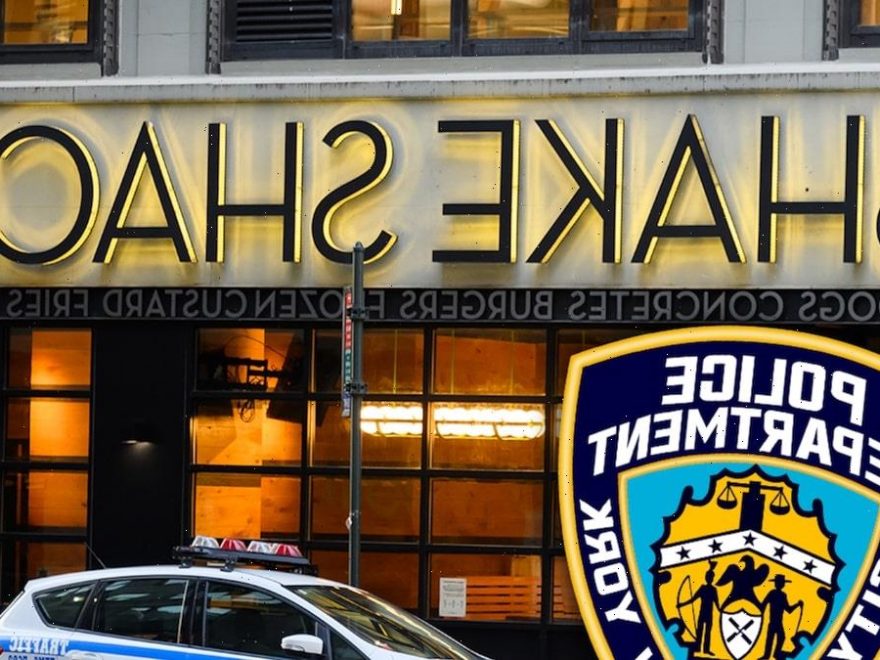 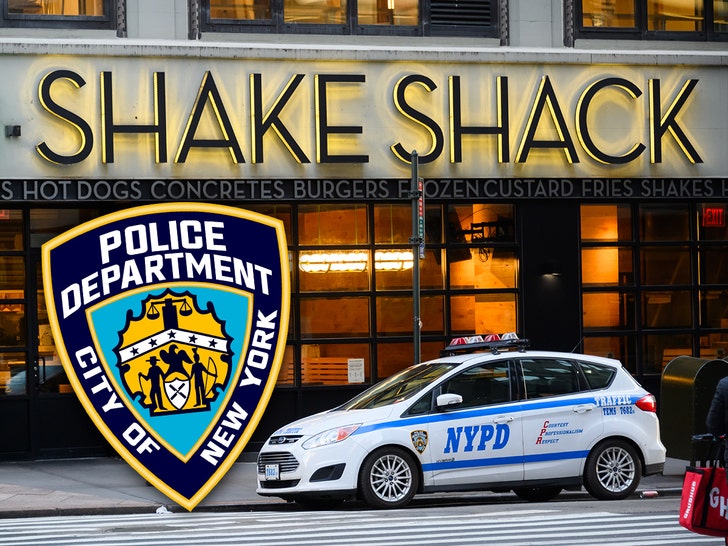 NYPD brass reportedly cooked up a story about officers getting poisoned at Shake Shack  … because the trio of cops who complained about a funny taste in their milkshakes never even got sick.

The cops in the middle of the “poisoned” milkshake conspiracy were not targeted by rogue, police-hating Shake Shack workers as the NYC Detectives’ Endowment Association would have you believe.

According to the NY Post … the 3 officers from the Bronx were on protest duty in Lower Manhattan when they ordered the shakes. Mind you, the cops used a MOBILE APP to order the drinks, which were packaged and awaiting pickup — so employees wouldn’t even have known the shakes were for cops.

The worst thing that happened to the cops was reportedly a bad taste in their mouths after gorging on the shakes. So, they tossed ’em and alerted a Shake Shack manager, who said sorry and made good with vouchers for free food and drink, which the officers accepted.

Would you accept free food and drink from a burger joint you thought “poisoned” your order on purpose?!? Didn’t think so.

According to the report, things got hairy when the cops told their sergeant about the shakes, and the sergeant sent the Emergency Service Unit to set up a crime scene at Shake Shake for an evidence search, some 2 hours after the cops’ first sip.

Meanwhile, the cops were rushed to Bellevue Hospital, where they were reportedly examined and sent on their merry way without ever showing the slightest of symptoms.

At the same time, a lieutenant from the Bronx fired off an email to the police unions falsely claiming 6 officers “started throwing up after drinking beverages they got from shake shack on 200 Broadway.”

Detectives were put on the case, but it was apparently pretty easy to solve after reviewing surveillance footage and interviewing 5 employees. The report says video showed the shakes were normally made. No poison or funny business.

The reason for the bad taste seems to have been from a commonly used cleaning solution that wasn’t thoroughly rinsed off the milkshake machine.

But, for some reason, the mounting evidence of a big nothing-burger didn’t stop the NYC Detectives’ Endowment Association from declaring cops were “intentionally poisoned by one or more workers at the Shake Shack” and fell “ill.”

And, the evidence, or lack thereof, didn’t stop Police Benevolent Association president Pat Lynch from making a show of visiting the cops in the hospital at the same time his union claimed police were “under attack” from a “toxic substance, believed to be bleach.”

The since-deleted social media messages initially spread like wildfire, causing the burger joint to trend overnight and birthing the #BoycottShakeShack hashtag, which is still being tweeted by accounts.

NYPD Chief of Detectives Rodney Harrison finally tweeted 8 hours after the alleged incident there was “no criminality” and it was all much ado about nothing. Literally nothing. Zip. Nada.

With egg on their face, the police unions eventually deleted their tweets and put out statements walking back their claims.

The city council has since demanded a probe into alleged “inflammatory” behavior by the police unions, and the NYPD says its still reviewing the incident.