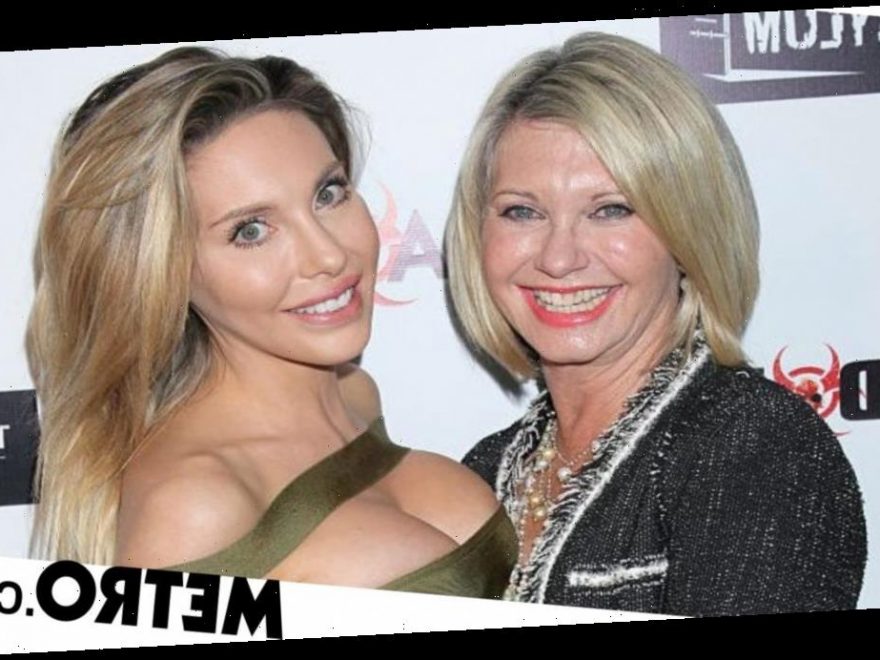 Olivia Newton-John’s daughter Chloe Lattanzi has been criticised for saying she ‘doesn’t agree’ with vaccines.

Today saw 90-year-old Margaret Keenan become the first person in Britain to get the Pfizer/BioNTech Covid-19 vaccine, with two vaccines – Pfizer’s and Moderna’s – both seeking emergency approval in the US.

The rollout of the vaccine in the UK is a cause for great celebration for most, but Chloe, 34, outed herself as anti-vaccination – as well as falsely claiming that face masks cause health problems – in a now deleted Instagram post.

The former Dancing With The Stars contestant wrote: ‘Natural medicine saved my mom’s life. So natural medicine is the party I belong to. Not republican!!! Not democrat!

‘What do you do when you don’t fit in a box!? When you are a vegan, cannabis growing, lgbtq supporting Buddhist that doesn’t agree with vaccines? Anyone relate?

‘I wear a mask when inside public places. Doesn’t mean I think they aren’t causing harm to little ones, and poor people that aren’t sick that have to suffocate 9 hour days. That when asked have cried to me because they can’t breathe and are now having health problems. I’m gonna regret this. (sic)’

It seems Chloe did regret it, as she later deleted the post.

While her mother Olivia is an advocate for natural medicine, using marijuana to relieve pain while battling cancer, she also received medical therapies like radiation to treat the disease and taking oestrogen blockers.

Meanwhile, Chloe’s claims that face masks can lead to oxygen deficiency, known as hypoxia, have been proven to be false.

The World Health Organisation (WHO) website states: ‘The prolonged use of medical masks, when properly worn, does not cause CO2 intoxication nor oxygen deficiency.’

Professor Keith Neal, an infectious disease expert, also told the BBC: ‘Thin paper or cloth masks will not lead to hypoxia. Surgeons operate for hours wearing them. They don’t get these problems.’

Chloe’s post was slammed on social media, with followers calling the model ‘irresponsible’ and accusing her of spreading dangerous misinformation.

Others noted that while Chloe does not believe in vaccines and supports natural medicine, she has undergone an estimated $550,000 (£305,000) on plastic surgery, including nose jobs, breast augmentations, Botox and dermal filler.

Chloe seemingly addressed the backlash with her latest Instagram post, writing: ‘Instead of telling me what YOU think I mean… Ask me what I meant by that.

‘If your true intention is open respectful discussion. As humans we tend to project our own filter of life perception on others. We all see and speak through a different filter. Be curious. Be kind.’

In Australia, where Chloe lives, the government plans to roll out vaccinations from March 2021.

Dr June Raine, the chief executive of the UK’s Medicines and Healthcare products Regulatory Agency (MHRA), said of the Pfizer jab that there ‘should be no doubt whatever that this is a very safe and highly effective vaccine’.