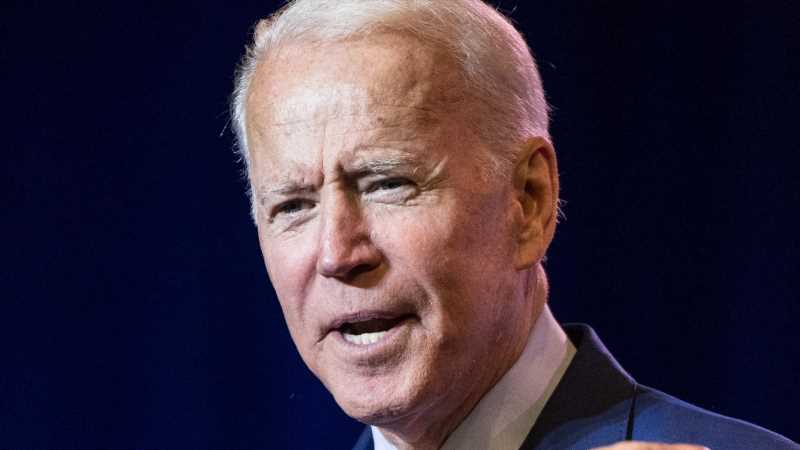 After an already stressful several weeks, President Biden has found himself in the hot seat once again. His recent decision to withdraw U.S Troops from Afghanistan was met with fierce backlash. Critics questioned the timing of the president’s decision, especially as it corresponded with the Taliban’s swift rise to power over Kabul and the rest of Afghanistan.

As U.S troops were departing the country, chaos ensued in Kabul as thousands of Afghans attempted to evacuate the country rather than live under the Taliban’s regime. One of them was Zaki Anwari, a 17-year-old soccer player from Afghanistan, who tragically fell to his death as he was clinging to the wings of an evacuating plane, desperate to leave the country (via The New York Times).

Just days later, on August 26, a terror attack took place outside Kabul’s airport, resulting in 13 U.S service members’ death, along with over 60 Afghans, per AP News. Biden and first lady, Jill Biden, attended a ceremony at Dover Air Base Force for the 13 fallen soldiers, but many felt Biden was being disrespectful. Here’s why.

Did Joe Biden check his watch during the ceremony? 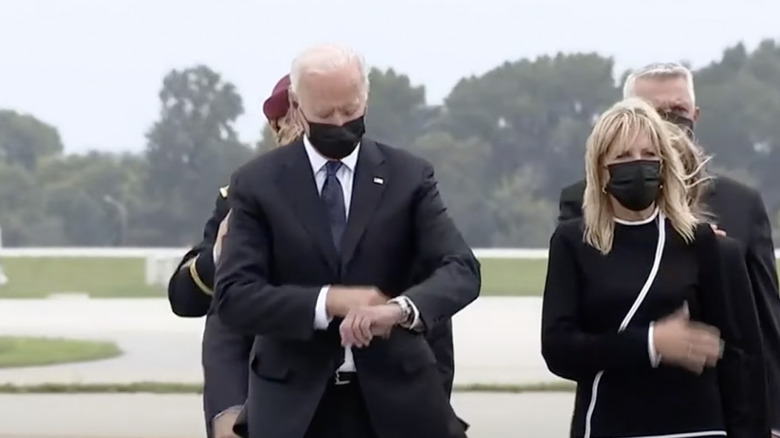 According to the New York Post, President Biden attended the “dignified transfer ceremony,” where the bodies of the 13 fallen soldiers who died during the attack at the Kabul Airport were being received. While Biden seemed to present during most of the ceremony, there was a moment from the event that went viral on Twitter. At one point, it seems like Biden quickly takes a glance at his wristwatch, making many feel the president was being disrespectful to the fallen soldiers and their families. The clip made the rounds on Twitter, though, it was mostly Republicans and conservatives calling the president out.

Newsmax’s Benny Johnson tweeted, “Joe Biden annoyed at how long it takes to return the caskets of American heroes to their grieving families. Joe has more important places to be than honoring the men and women he ordered to their deaths.” Another user tweeted the same photo and said, “missing naptime, perhaps?” “I remember when I was told that Joe Biden was Mr. Empathy. Looks to me like he’s an uncaring, self-centered politician … and he’s looking at his watch because he can’t wait to get out of there,” another tweeted,

While Twitter seems convinced Biden was checking his watch, others, including The Boston Herald, have pointed out that the president may have simply been straitening his sleeve. Either way, the president has seen better days.