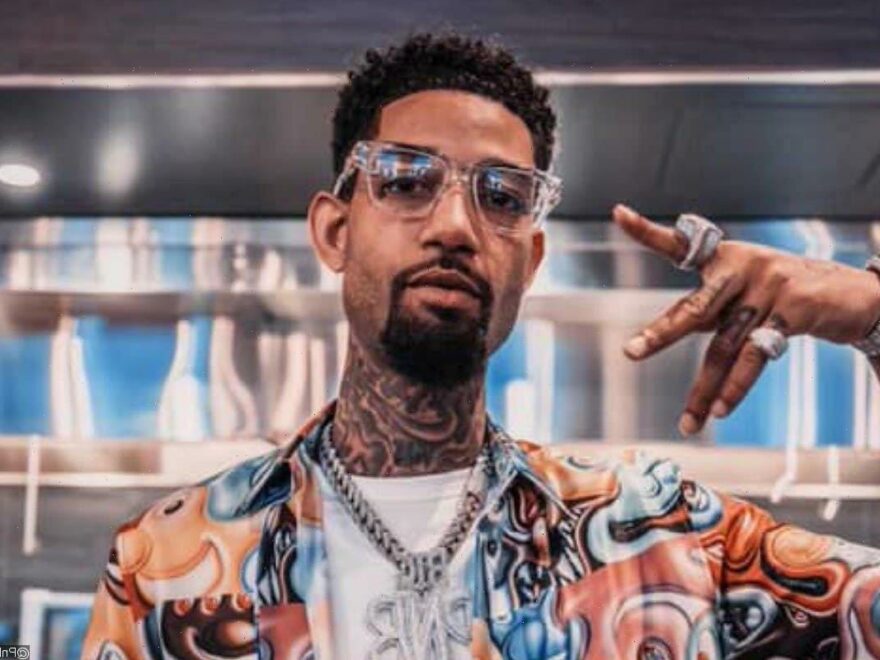 In a podcast interview with DJ Akademiks, the 30-year-old Philadelphia hip-hop star detailed situation where he felt some ‘bold’ gang members were trying to do something to him when he’s out with his family.

AceShowbiz –PnB Rock detailed an encounter with Los Angeles gang members days before he was fatally shot. One week before his tragic passing, the Philadelphia hip-hop star told DJ Akademiks that he was confronted by some people while out and about in Fairfax.

During an interview with DJ Akademiks on the latter’s podcast “Off the Record”, the late 30-year-old rapper said, “Somebody tried me on Fairfax, like, mid-pandemic. They see me with my family and they think I’m lacking. Where I’m from [Philadelphia], we like sneaky criminals. In LA, it’s like they bold.” He further recalled, “N***as was talking loud as s**t wanting me to hear their conversation and it’s like, ‘I’m with my peoples, my daughter and my girl. Why are they talking about this gangsta s**t? What the f**k is going on?’ “

PnB Rock and his girlfriend Stephanie Sibounheuang jumped in their car and drove off but Stephanie stopped just a few blocks away after seeing a store she wanted to go in. That’s when he realized the gang members had followed them in a car that was heavily tinted.

“I ain’t go in the store for two seconds, the same people come from out the car, hop in the store hype as s**t, say some gang banging s**t,” PnB Rock continued. “I recognized the energy. He started talking to me on some gangsta s**t. I’m like, ‘Bruh, do you know me from somewhere?’ He like, ‘N***a, yeah I know who you is!’ Trying to get me to, like, get into some s**t.”

PnB Rock further shared that he “flagged him off and just walked out the store ’cause [he] already [knows] where this s**t ’bout to go.” He added, “You don’t want to be nervous and make it seem like something ’bout to happen. You want [your girl and your kids] to be as calm as possible to make it seem like everything is cool, ain’t nothing about to happen to us.”

Elsewhere in the podcast, PnB Rock also touched on the growing trend of violent crime in Los Angeles, the city where fellow rappers Nipsey Hussle, Pop Smoke and Drakeo the Ruler have also lost their life in recent years, noting he tended to avoid the places where he’s likely to be targeted. “I never got robbed, never in my life. I ain’t gon say never ’cause I’m not superstitious or nothing like that, but I haven’t been robbed,” Rock said.

“I don’t really be outside like that to be in the mix of the dumb s**t. I’m going to the shop, I’m going to get some drip, I’m going probably to the bank. I’m at places where n***as probably ain’t really gonna be at on no gangsta s**t,” PnB Rock went on sharing. “N***as be getting they s**t took and it don’t be spoken about … It’s just the new generation. Everybody on some demon s**t. ‘Demon time,’ this, ‘demon’ that.”

PnB Rock was pronounced dead on Monday, September 12 at 1:29 P.M. local time. The “Selfish” hitmaker was fatally shot during a robbery at the Roscoe’s Chicken and Waffles restaurant in Inglewood, Los Angeles. He was there to enjoy his lunch with Stephanie.

Minutes before PnB Rock was killed by a robber who allegedly targeted his jewelry, Stephanie posted an Instagram Story of their chicken and waffle meal and the restaurant’s location. Many have since blamed Stephanie for exposing their location.