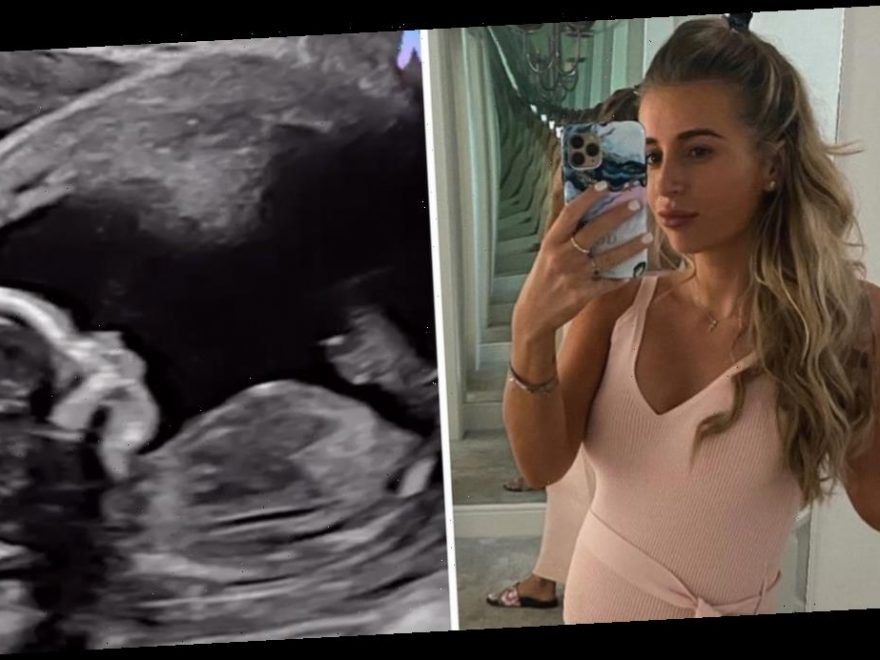 The excited mum-to-be, 24, took to social media to share the pictures where you can clearly see the baby's head, nose, mouth, upper-body and an arm, while in the second one you can also see a hand.

Posting the first black-and-white image on her Instagram Stories for her 3.3million followers to see, she captioned the first snap: "Makes our day seeing you," and "Love you".

The 24-year-old then re-grammed the second image from her boyfriend Sammy Kimmence.

Dani is currently 15 weeks pregnant and just recently she revealed she is suffering from extreme tiredness during her pregnancy.

The star confessed she was feeling more tired after a ten hour sleep as she shared her frustrations on Twitter.

She wrote: "Must be sleeping 10 hours a night and I’m waking up even more tired than before I went to bed” she added with a crying with laughter emoji, before ending her tweet by asking fans: “how is that even possible”.

One fan advised: “Get all the sleep you can, it won’t be too long until you’re walking around completely sleep deprived Woman the joys.”

To which Dani replied: “Hahahaha I know I’ve got it all to come!”

And another told the reality star: “Sleeping is good. You'll need as much rest as you can. You're growing a tiny human and it's an amazing experience” followed by a kissing face emoji.

And Dani wrote back with: “Oh I know.. so excited” followed by two red heart emojis.

She donned a stunning baby pink sleeveless midi ribbed dress with a knee-high split on one side and a matching belt around her waist, highlighting her growing bump.

The star teamed the look with a simple pair floral sliders and kept the accessories to a minimum as she wore a silver watch, a bracelet, a few rings and a cross chain around her neck.