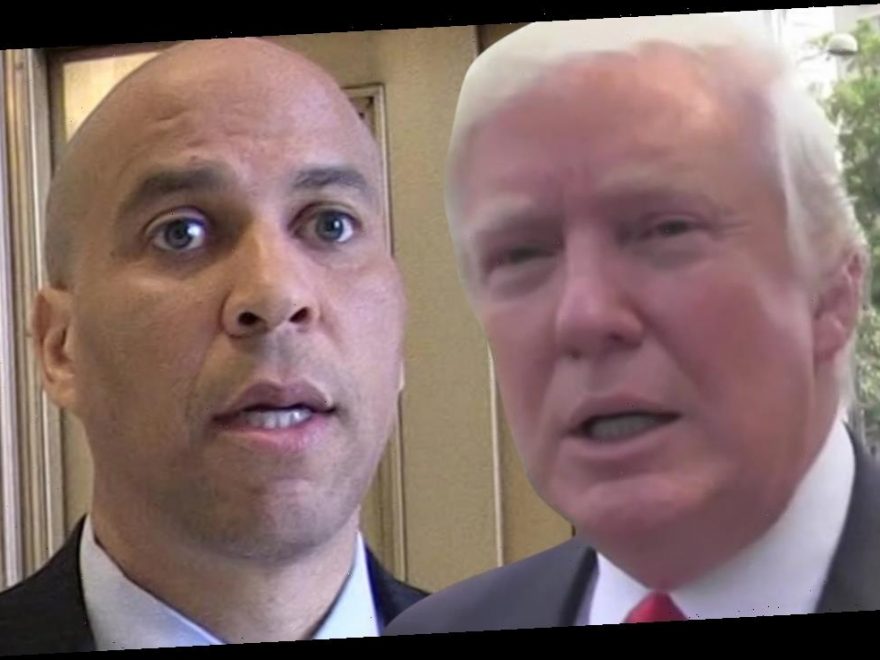 Donald Trump delivered a classy, gracious message to Cory Booker upon hearing the NJ Senator was no longer running for president — just kidding! He taunted Booker so hard, he should get a 15-yard penalty.

POTUS fired off a tweet minutes after Booker announced he was suspending his campaign, saying … “Really Big Breaking News (Kidding): Booker, who was in zero polling territory, just dropped out of the Democrat Presidential Primary Race.” 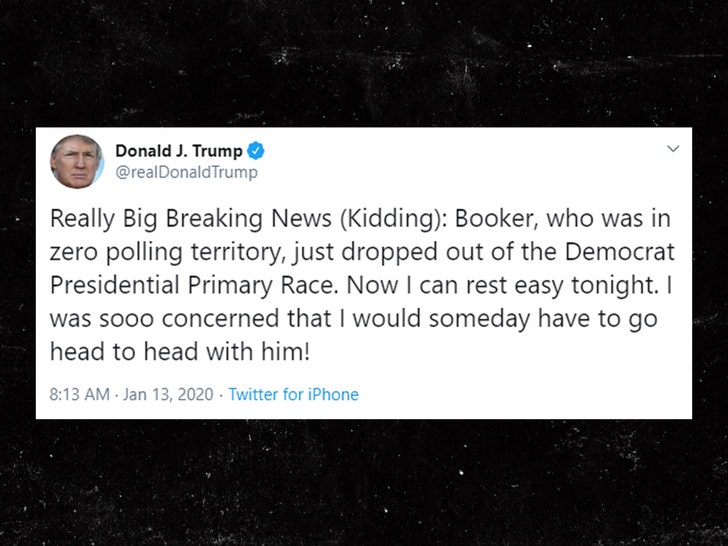 Trump sarcastically added … “Now I can rest easy tonight. I was sooo concerned that I would someday have to go head to head with him!”

Booker officially dropped out Monday, though his polling numbers had been dismal for a while and he failed to qualify for 2 debates.

The Senator launched his bid for the Dem nomination on February 1 last year. In Monday’s dropout announcement, he stuck with his theme of “love and unity” and says he has faith in Americans to find common solutions to common problems.

He says … “Campaigning over this last year has been one of the most meaningful experiences of my life. Meeting you, meeting people across this country who believe, who know that we may have challenges right now in our nation, but together, we will rise.”

Unlike Trump, presidential hopeful Joe Biden did have kind words for Booker, saying … “You campaigned with joy and heart, and instead of just talking about bringing people together, you did it every day. You made our politics better just by running.”