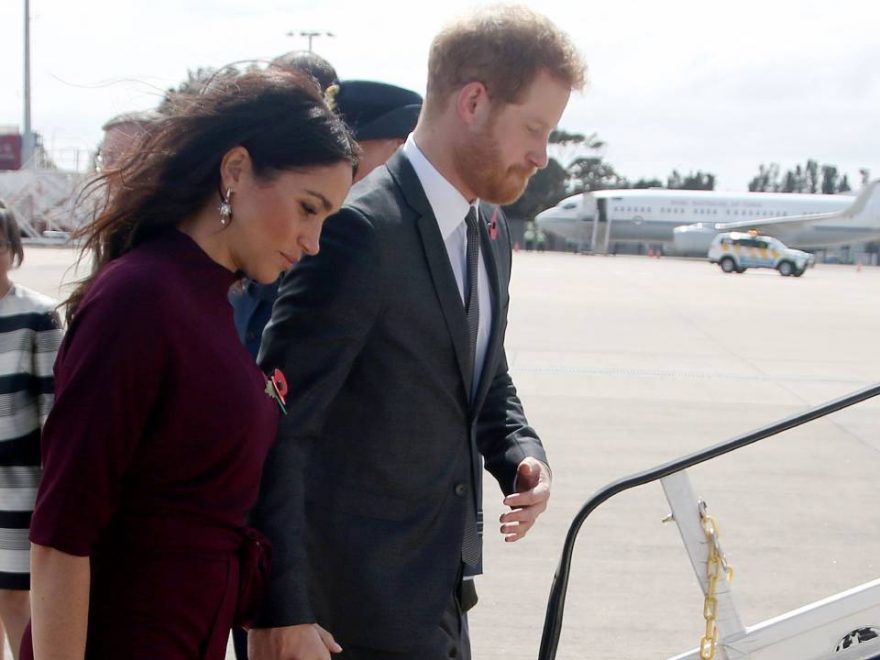 The Duke and Duchess of Sussex have been spending some quality time together with their baby son Archie in the South of France. The family-of-three took a private jet to Nice on Wednesday and were pictured stepping off the plane. In photos published in The Sun, Meghan looked stylish wearing a white blouse and a matching sun hat while holding Archie, while Harry was dressed in a green polo shirt, blue cap, and sunglasses. The royals have been staying in a private villa overlooking the Mediterranean, but it is unsure whether they have since returned to the UK, as their private plane was recorded leaving the airport in France on Saturday.

Harry and Meghan's trip to France follows just after their holiday in Ibiza, Spain. The family jetted off there to celebrate Meghan's 38th birthday at the beginning of August. Various Spanish media outlets reported that the trio flew on a private jet and stayed in a secluded villa for their six-day trip. They went out to the Spanish island on 6 August and returned on 12 August. In the next few weeks, Harry and Meghan are expected to also pay a visit to Balmoral to visit the Queen and Prince Philip during their annual summer break.

MORE: Inside the Queen's royal train – see how the monarch travels in style

The royal couple were last pictured with baby Archie in July

It's been an incredibly exciting time for Harry and Meghan, who became first-time parents in May following the arrival of Archie. The couple have kept a low-profile following their son's birth, and Archie has only been pictured on a number of occasions, most recently at a charity polo match in July, which Harry was competing in along with his brother Prince William. The Duchess of Cambridge and her three children, Prince George, Princess Charlotte, and Prince Louis were also in attendance and met their baby cousin for the first time there.

And while Meghan has kept a low profile during her maternity leave, it was announced at the end of July that she had been working on a secret project with Vogue over the past few months. Meghan guest-edited the September issue of the fashion publication, which is entitled Forces for Change. It features a collection of changemakers who have gone on to break barriers. The royal's guest-edited issue also includes Prince Harry, who interviewed the world-renowned ethologist and primatologist Dr Jane Goodall, while Archie is sweetly referred to in Meghan's editor's letter.