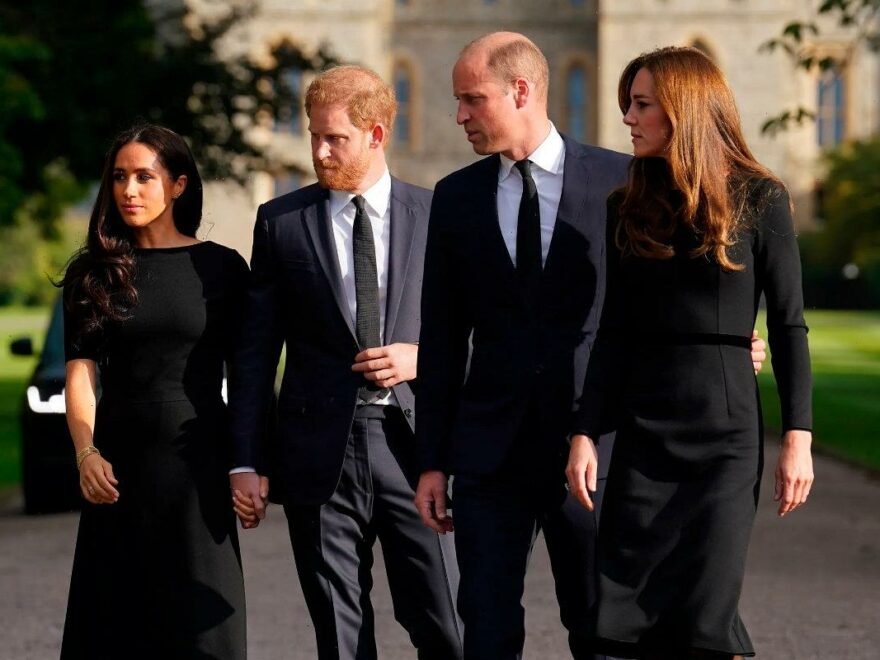 During his appearance on ITV’s “Harry: The Interview”, the Duke of Sussex also talks about his wife Meghan’s supposed feud with the Princess of Wales, calling it ‘flipped and twisted.’

AceShowbiz -Prince Harry has claimed that the Prince and Princess of Wales caused a “barrier” when it came to welcoming Meghan Markle, Duchess of Sussex, into the family. The 38-year-old royal, who tied the knot with the former “Suits” actress, explained that his elder brother and his wife Catherine exhibited behaviour that stemmed from their own “stereotyping” despite initial hopes his relationship would make the family “closer.”

He said, “I had put a lot of hope in the idea that it would be William and Kate and me and whoever. I thought the four of us would bring me and William closer together, we could go out and do work together. I did that a lot as the third wheel which was fun at times but I guess also slightly awkward at times, as well.”

“I don’t think they were ever expecting me to get into a relationship with someone like Meghan who had a very successful career. There was a lot of stereotyping that I was guilty of too at the beginning. American actress,” the Duke of Sussex added.

He continued, “The fact that I had that in the back of my mind and some of the ways that my brother and sister-in-law were behaving, was causing a barrier to them welcoming her in. American actress, divorced, biracial. There are all different parts of what that can mean.”

Harry was then asked about his wife’s supposed feud with Catherine, Princess of Wales and alleged that although Meghan was reported to have rejected a peace offering of flowers, the story was “flipped and twisted.”

Speaking on ITV’s “Harry: The Interview”, he told Tom Bradby, “What I still to this don’t know is at what point it was twisted or flipped. They were more than happy to put out statements for less volatile things. Tensions were high but it wasn’t a case of she did this or she did that. But the palace could have come out and said that it never happened.”