Prince William and Duchess Kate put on a united front while attending his grandfather Prince Philip’s funeral on Saturday, April 17.

The Duke and Duchess of Cambridge looked solemn as they sat side by side at St George’s Chapel during the service. Kate, 39, paid tribute to the late royal’s wife, Queen Elizabeth II, with her outfit, donning the queen’s pearl necklace, which was previously lent to William’s late mother, Princess Diana.

William, 38, was part of Philip’s procession on Saturday, alongside his older cousin, Peter Phillips, and younger brother, Prince Harry, who flew in from California to be in attendance. 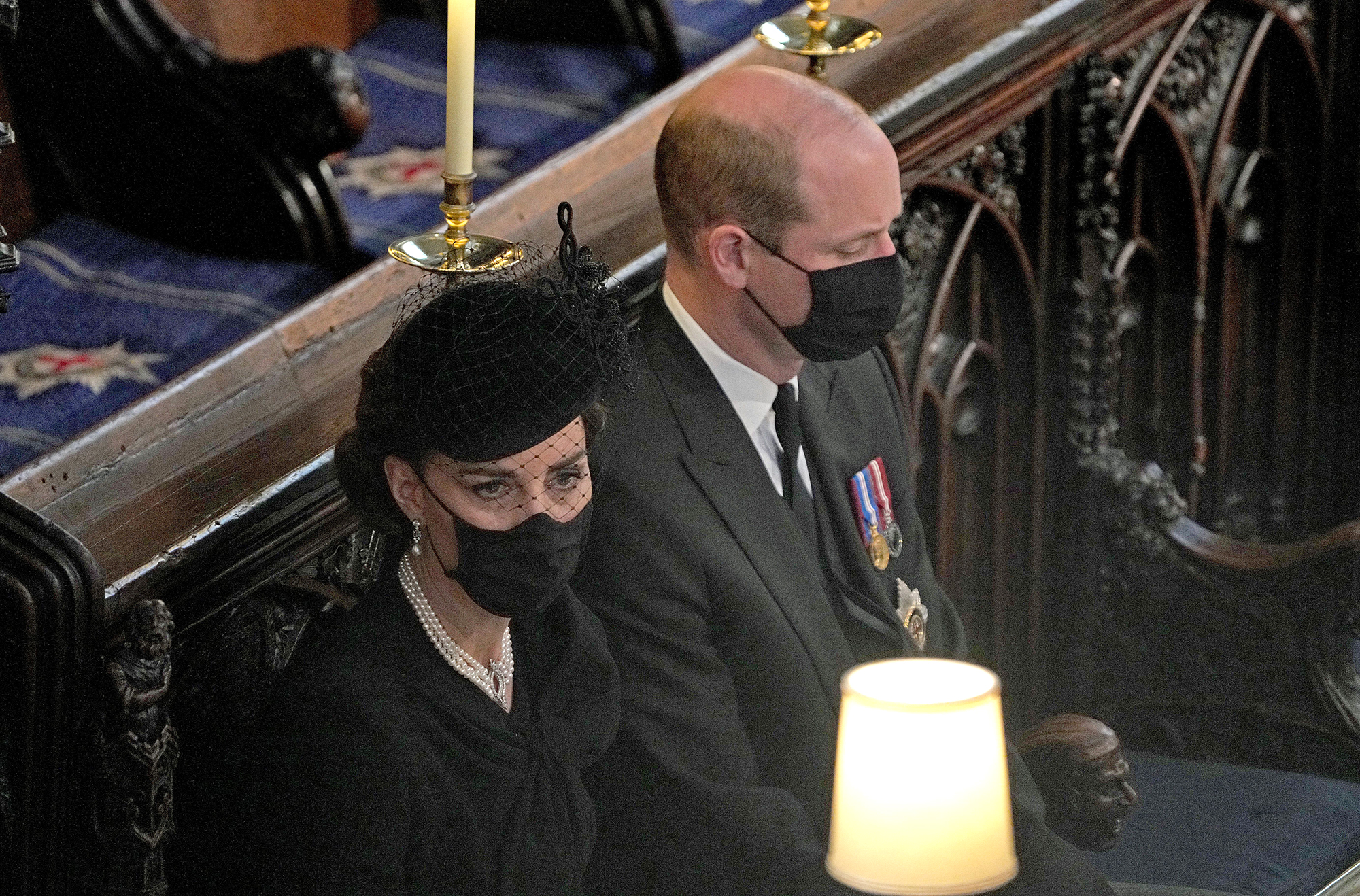 Following the funeral, the Cambridges honored the former naval cadet via their official Instagram page.

“The Duke of Edinburgh was a devoted consort to Her Majesty The Queen for nearly 70 years, from Her Majesty’s Accession in 1952 until his death,” they captioned a series of photos from the heartbreaking event. “Today’s ceremony was a reflection of The Duke’s military affiliations and personal elements of His Royal Highness’s life.”

Philip died on April 9 at the age of 99. His funeral was held at St George’s Chapel at Windsor Castle. Prior to the ceremony, William released a statement in honor of Philip.

“I will always be grateful that my wife had so many years to get to know my grandfather and for the kindness he showed her,” he wrote via Instagram on Monday, April 12. “I will never take for granted the special memories my children will always have of their great-grandpa coming to collect them in his carriage and seeing for themselves his infectious sense of adventure as well as his mischievous sense of humour!”

William added that he and Kate will “continue to do what he would have wanted and will support The Queen in the years ahead.”

Members of the royal family — including Harry — gathered to mourn Philip on Saturday. William’s younger brother, 36, returned to the U.K. earlier this month for the first time since his and wife Meghan Markle’s tell-all interview aired in March. The 39-year-old former actress, who is pregnant with her and Harry’s second child, did not travel from the United States for the funeral because she is “too far along to fly and it’s recommended she rest in the final months,” according to an insider.

Us Weekly exclusively revealed last month that Kate aided William during the aftermath of Harry and Meghan’s claims against the royals. “Kate’s used to all eyes being on her,” a source told Us at the time. “Being in a strong, solid marriage to William helps. They lean on each other for support during difficult times and will talk through their problems. She’s been her husband’s pillar of strength throughout this whole ordeal.” 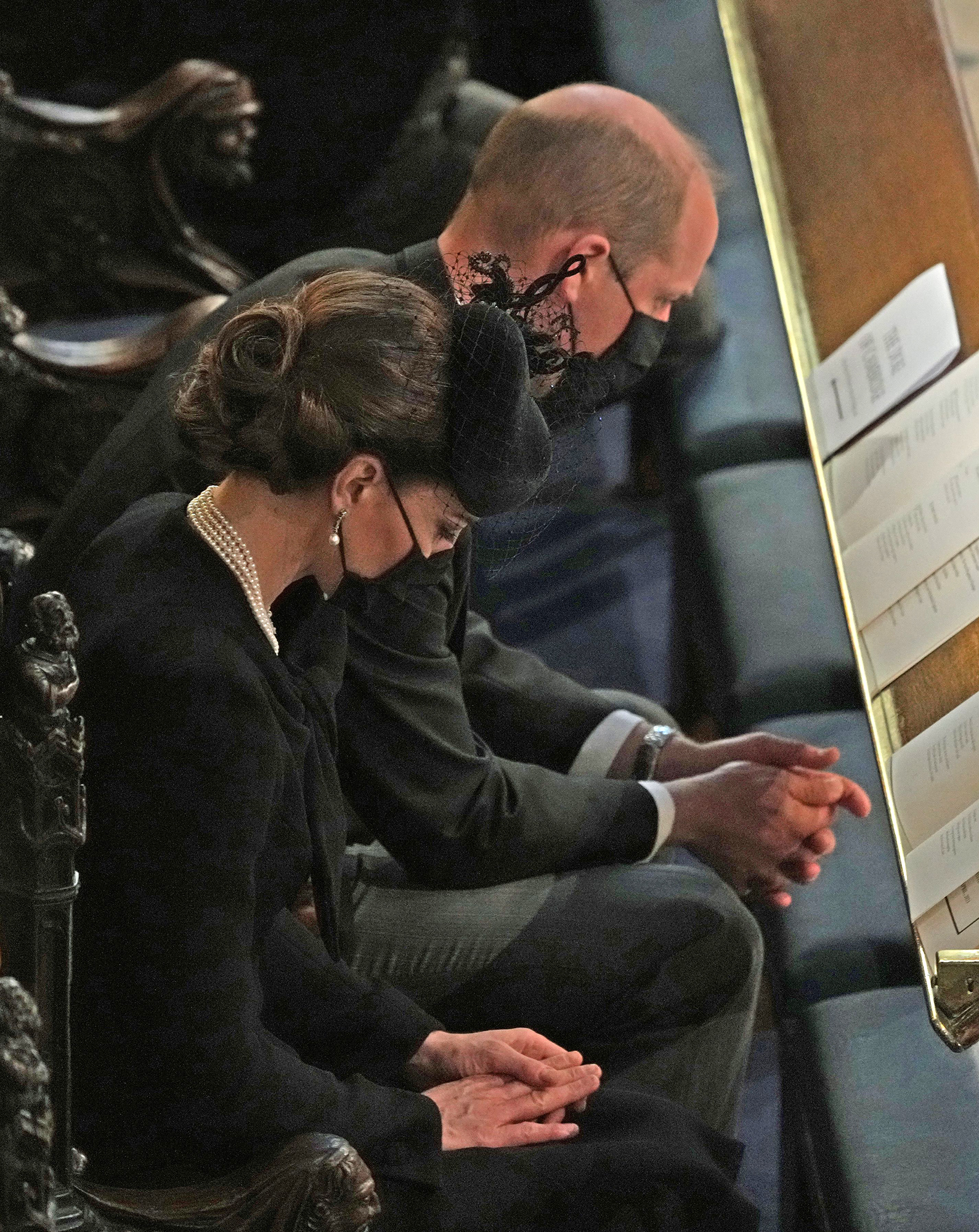 A second insider added: “Kate is a natural leader who has a magnificent ability to remain composed, even during the most challenging situations.”

William and Kate similarly banded together when informing their children — Prince George, 7, Princess Charlotte, 5, and Prince Louis, 2 — about Philip’s death. “William told George, Charlotte and Louis that Prince Philip has ‘gone to heaven’ and ‘is an angel now,’” a royal insider told Us earlier this week. “They’re still so young so he and Kate wanted to let them down gently.”