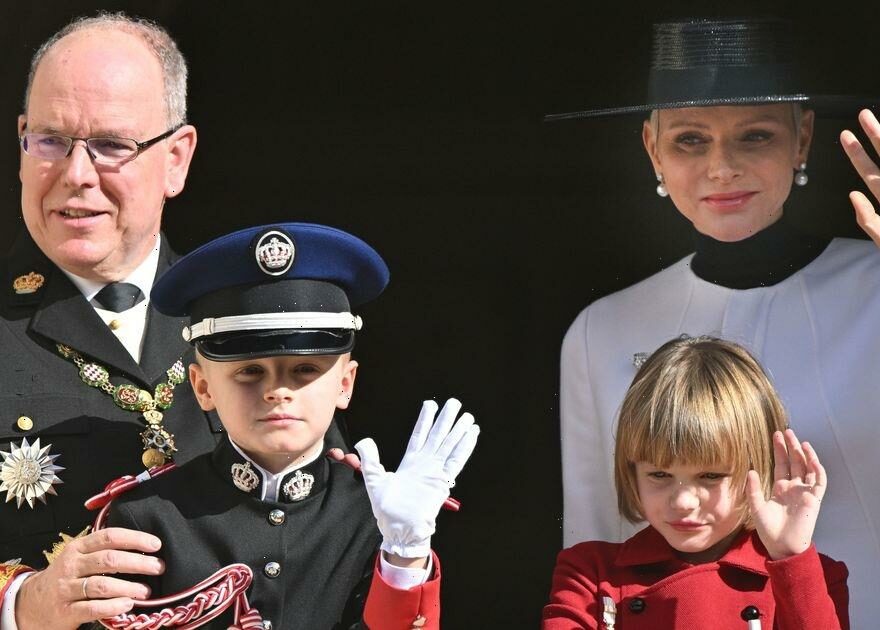 Princess Charlene of Monaco treated fans to a sweet picture of her children, Prince Jacques and Princess Gabriella, to mark Monaco’s National Day, which celebrates the nation’s rich culture and history.

In the snap, the young prince is suitably dressed in a military-style official uniform while his sister wears an autumnal red coat paired with a wide-brimmed black hat.

Royal fans were delighted with the post, leaving plenty of heartwarming comments about the Royal children, who were born in 2014.

"They are becoming cuter and cuter each day," said another, before a third person added: "They are growing up so fast!"

Charlene and Albert later made a pubic appearance with their kids, waving at onlookers from the Palace balcony, where Gabriella appeared to have ditched her hat.

The couple also marked the national day with a visit to the St Nicholas Cathedral alongside Princess Stephanie of Monaco and Princess Caroline of Hanover.

Charlene looked chic in her monochromatic outfit as she left the service with her husband, teaming a pristine white coat with a black high-neck jumper, pearl earrings and black leather gloves.

The Princess has this year returned to social media after a 10-month absence while suffering from a mystery illness.

Since making her royal comeback, Charlene has shared numerous sweet updates on her family and in September, she hilariously revealed daughter Gabriella had given herself and her brother new haircuts – just days before the new school term started.

In a photo posted on Instagram, the young princess could be seen missing a chunk of her fringe, while her brother had a patch cut into the side of his hair.

"Gabriella gave herself, and her brother a haircut!!!" Charlene explained. "Looking forward to school on Monday…"

Many fans empathised with the Royal, with one mum writing: “Love this!! Think all sisters do this to their brothers at some stage.”