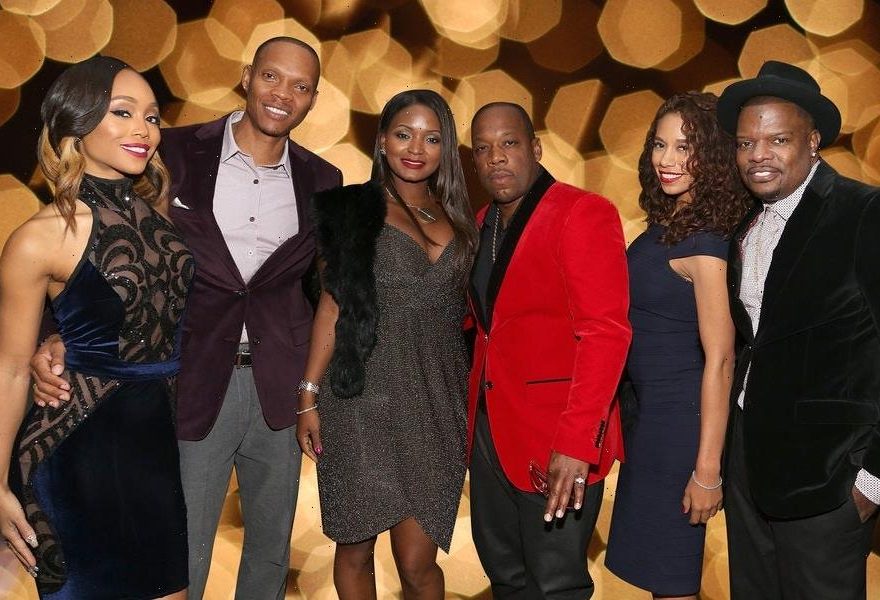 Did you know most of the members of New Edition’s squad are happily married? See the photos of the fellas with their wives!

Bobby Brown and his second wife, Alicia Etheridge, were married in 2012. Here the couple, who have three children together, were spotted getting cozy on the red carpet at the premiere of The New Edition Story.

The Browns, and one of their minis, hung out back stage at the Soul Train Awards in 2012.

Bobby proposed to Alicia in front of the crowd on stage at Funk Fest in 2010.

Ralph married his second wife, Amber Serrano, in 2004 during a beautiful double wedding with band-mate Ricky Bell. They met for the first time when she was just a 13 year old fan, then years later they bumped into each other once again, and this time, he just had to get her number.

The Bells, a low-key couple for sure, cuddle for the camera. Aww!

Ricky Bell and his wife, actress Amy Correa Bell, attend BET’s ‘An Obama Celebration’ at The White House on October 2016 in Washington, D.C.

Could these two be any cuter?

You can tell from their photos that the DeVoes always have a good time together.

Michael Bivins and his longtime wife and best friend Teasha.

The happy couple during a surprise party for Michael in 2010.

The fellas of New Edition and their lovely wives pose for one seriously epic group shot.

Everyone got together to attend the 2016 Soul Train Awards. Aww!

We can’t get enough of these group shots! Can you? New Edition for life!

The Bells, the DeVoes and the Bivins had the pleasure of sharing a moment with the Obamas before they left the White House. We love it!