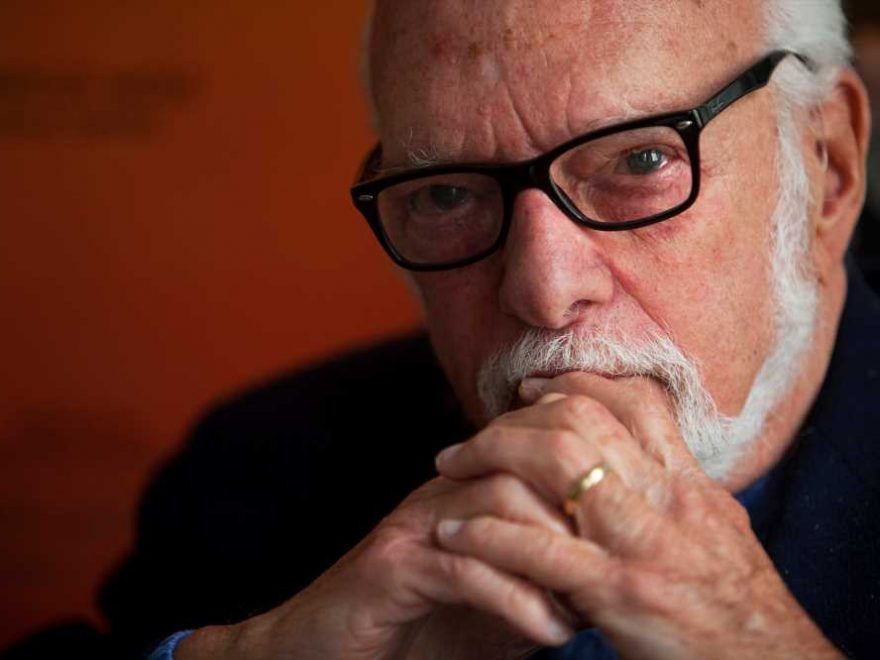 One day Broadway king Hal Prince reminisced with me. It was just the two of us.

“It all started for me as a kid. I’d sit in the balcony for 55 cents admission — so you know how long ago that was. First show I ever saw was Orson Welles doing ‘Julius Caesar.’ I was only 8, but I never forgot it.

“My family took me to every matinee. Always theater, not ballgames. Lights going down. Curtain going up. It was thrilling. I’d dress up specially. Proper blue suit, elegant shoes, Not what people today wear in theater — or anyplace else. I mean, barefoot? T-shirt and shorts? And filth that’s onstage now?

“The minute I set foot in a theater, I never wanted anything else. I first wanted to be a playwright, but I learned early I wasn’t. Like, Sondheim called. His friend George Furth had written seven plays as an evening for Kim Stanley. I said, ‘Something’s wrong with seven plays. It’s more about Kim’s makeup, wigs, costume changes than about the material.’ Three of them centered on marriage. I saw a strangely shaped musical about marriage. What evolved was ‘Company.’

“So, sometimes I get an idea. Sometimes it’s the other guy’s idea.”

When he left us, he was in Iceland. Foreign territory encapsulates sovereign rules and regulations. Harold Prince was Jewish. The religion requires internment within 24 hours. In similar situations, dealing with another country’s red tape and paperwork can entangle grieving loved ones for lengthy periods.

His family petitioned US officials, who then reached out to our Iceland envoy, Trump appointee Jeffrey Ross Gunter. The situation was handled. A memorial is now being planned in Prince’s honor.

Brad Pitt, who produced “Ad Astra,” has Ruth Negga outfitted in bigtime big-money Alexander McQueen’s bigtime wardrobe … What’s Yo-Yo Ma do summertime? Teaches kids cello at Tanglewood … Fifth Avenue’s revered Metropolitan Museum, shedding its hoity-toity, will open the doors and wallets. They’ll cater weddings. The Hall of Mummies will soon wear veils … New Rochelle, now New “Mo”chelle in honor of Mariano “Mo” Rivera, who just got a pinstripe parade and is now pitching to open a learning center locally … Which brings me to a Henry Kissinger quote: “Power as an aphrodisiac wears off.”

“I co-own ‘Nash Bridges,’ ” he told me. “Coming along is a two-hour movie based on the original. It’s being written right now. The idea’s to treat it like a back-door pilot for another ‘Nash Bridges’ series. This time on USA.

“And I’m one of the leads in HBO’s ‘Watchmen,’ which is out in October. A big adaptation of a novel. Thanksgiving is ‘Knives Out’ with me, Daniel Craig, Toni Collette, Jamie Lee Curtis. A noir type Southern detective story, which was first shown at the Toronto International Film Festival. We play the family.”

So, like I said, lots of Johnson coming up.

Overheard: “Enough already with these driverless car things. Primarily, they got to learn a thing about parking tickets. The main thing being, in our town, they first got to find a place to park.”

Britney Spears posts rare pic with sons Sean, 15, and Jayden, 14, after claims the kids have ‘very few visits’ with her

Anthony Gallery Celebrates Black Culture in "SOMETHING ABOUT US" Exhibition
Lifestyle