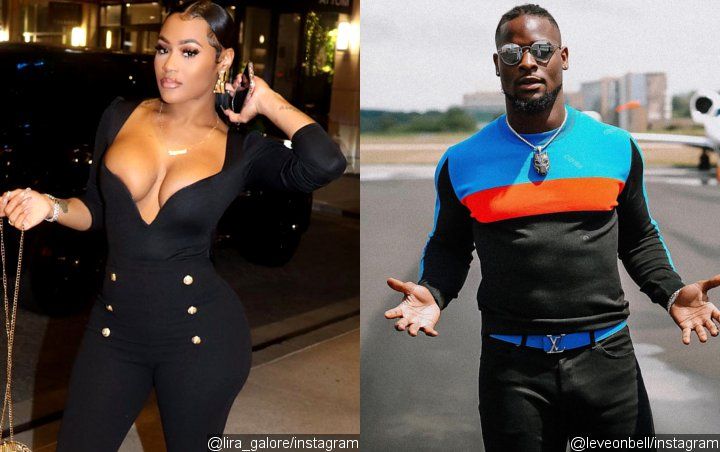 The model and influencer recently exchanged flirty messages with the basketball player after he posted on his Twitter account a couple pictures ahead of his training camp.

AceShowbiz -Despite having recently given birth to her daughter, Lira Garole is single and ready to mingle. But when she did just that with Le’Veon Bell, someone wasn’t apparently too happy about it and decided to blast her. Obviously, the model wouldn’t just let herself be slammed and hit back.

It all started after Bell shared on his Twitter account a couple pictures ahead of his training camp. The images caught Galore’s attention who quote-retweeted his post and commented, “People be fine,” along with a thirsty face emoji. The basketball player noticed her comment and replied back with a kissing and heart emoji, before Galore answered with a blushing emoji with hearts around it.

While most of their followers found their interaction adorable and wanted them to date, one person was against the idea. Calling the influencer “rotten af,” the said person wrote, “yall females aint finna get with no dude who been around the block multiple times, who jump from 1 to another, who JUST had a baby, yall need to keep that same energy, money make u look good but u still rotten inside.”

Instead of responding directly to the hater, Galore chose to give her response through separate tweets. “I got a 3m old, n****s know that ! &&&&?????” she said, before adding in another tweet, “If a n***a dealing w/ me he know I got a baby & obviously he dc . But thanks for your concern ! Tf.”

A fan chimed in, telling her not to “explain s**t,” adding, “What they wanted you to do? Sit around and let a n***a play in your face, As if you ain’t been having options? I’m confused. A baby ain’t stopped s**t.” Replying to the fan, Galore wrote, “If I JUST had a baby so did he , nobody checkin if he walkin a tight rope tf.”

Galore gave birth to her daughter, whom she shares with Pierre “Pee” Thomas, back in April, months after her split from the music executive.