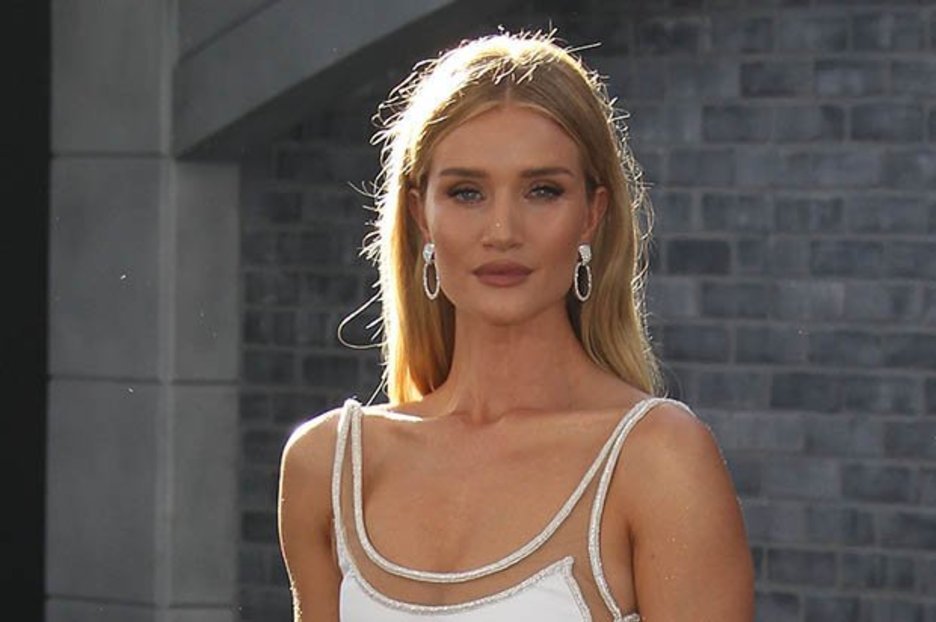 The supermodel was on fine form as she joined fiancée Jason Statham, 51, at the Hobbs & Shaw premiere in Hollywood last night.

Rosie Huntington-Whiteley, 32, set pulses racing as she displayed her toned body in the skin-tight gown with an enormous split up the side.

Flashing her desirable pins in the Atelier Versace frock, the figure-hugging dress featured a scoop neckline and sheer panels, along with a beaded hemline.

The white statement dress clung to Rosie’s figure in all the right places – and she commanded all the attention as she opted to forgo her bra.

Co-ordinating her accessories with the stand-out outfit, Rosie wore a pair of diamond encrusted hoop earrings and silver strappy sandals.

Looking catwalk ready, she showed off her blonde tresses and natural-looking makeup.

Rosie cosied up to fiancee Jason Statham who looked equally dapper in an all-black suit, which he teamed with a pair of sunglasses. 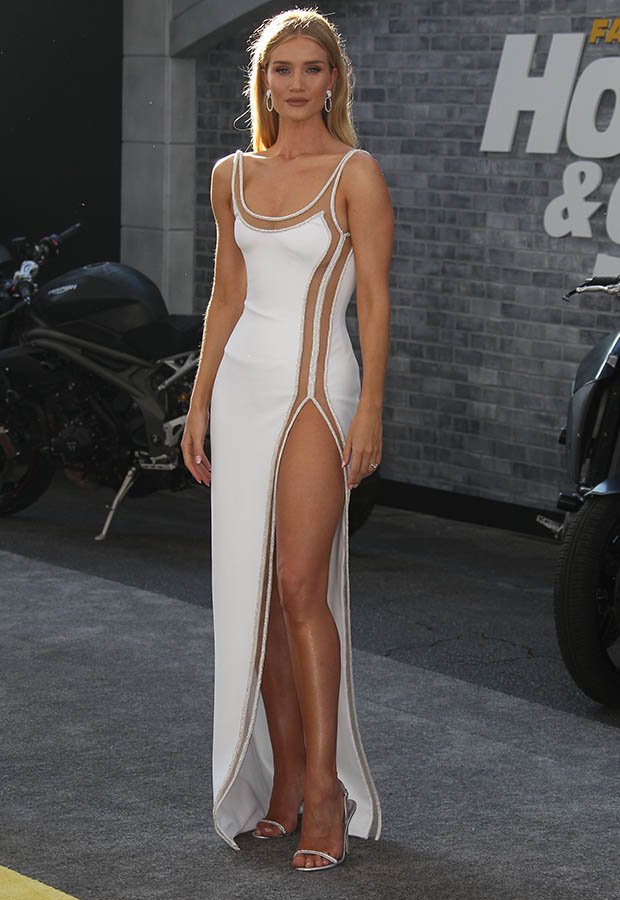 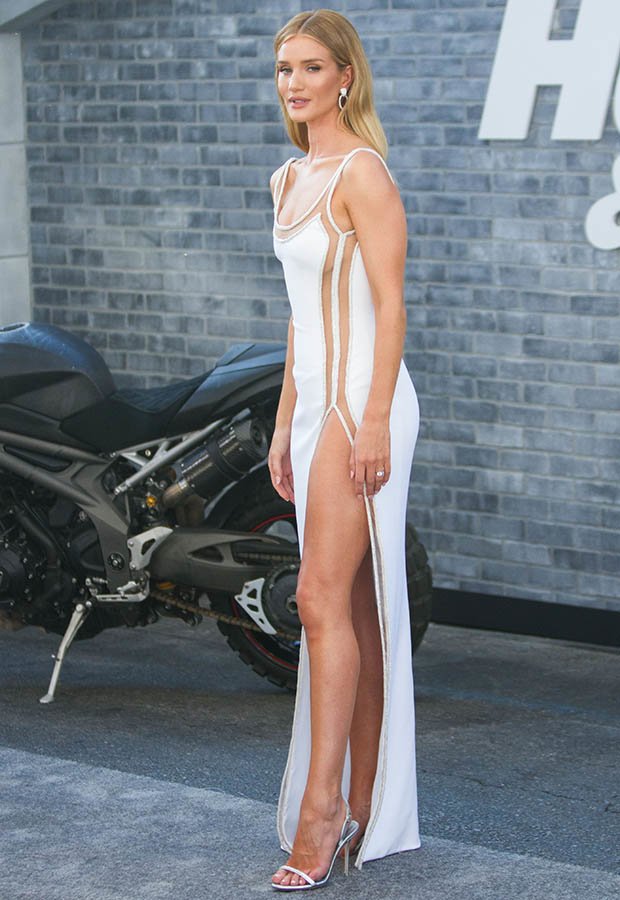 The couple, who share two-year-old son Jack together, were all smiles as they posed up a storm on the red carpet.

Jason plays one of the leading roles in the movie alongside Dwayne ‘The Rock’ Johnson and Brit favourite Idris Elba, and is the ninth film in the Fast and the Furious series.

The pair have been engaged for three years, but Rosie revealed they are in no rush to tie the knot. 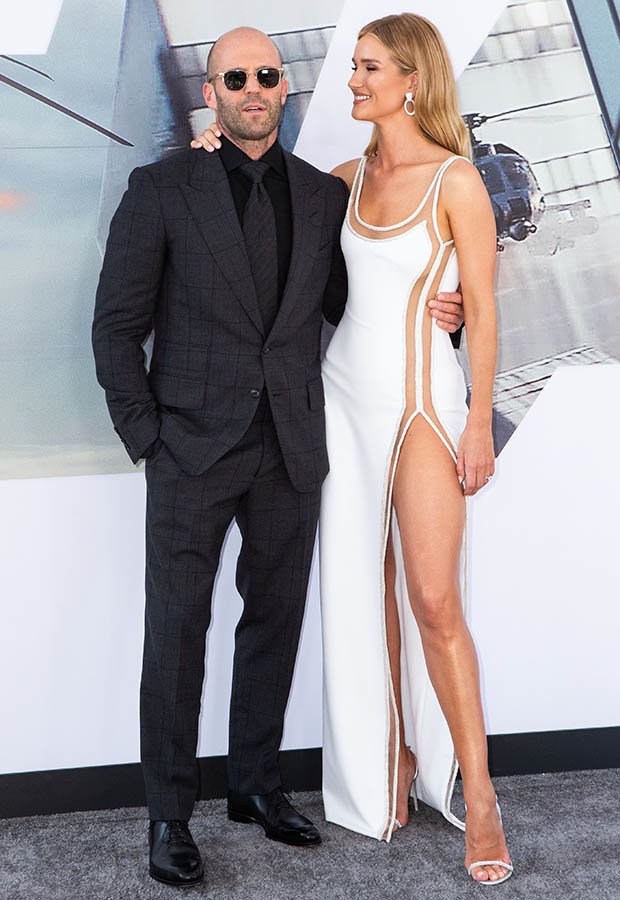 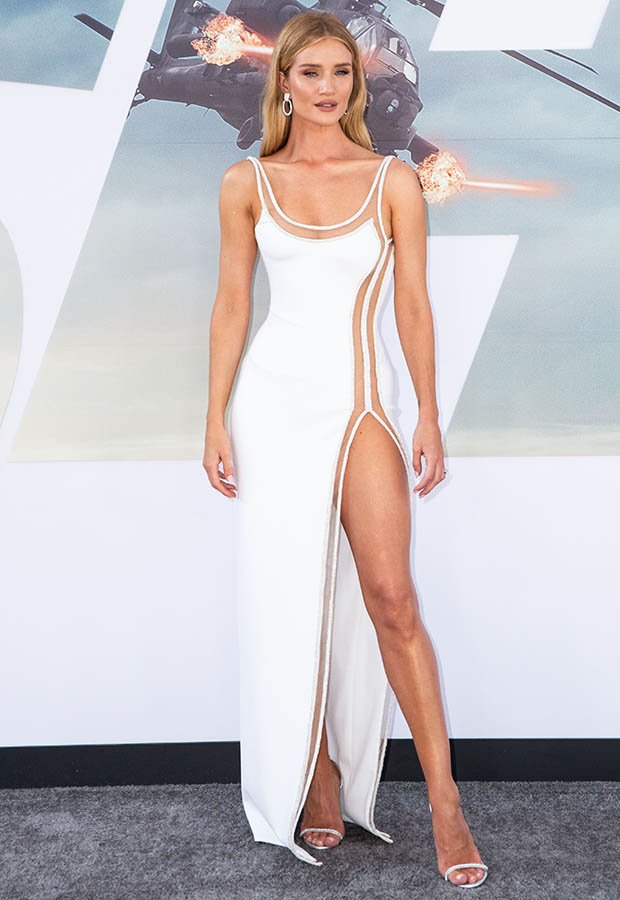 Speaking to ExtraTV last ear, she explained: “I think the time will come.

“We’ve been so focused on our work for so long, and Jack came along. We definitely talk about it, we’re looking forward to that time, it’s also not a huge priority for us, we’re so happy.”

“I think it will be fun to do it when the baby’s grown up a bit and he can be involved in the wedding.”