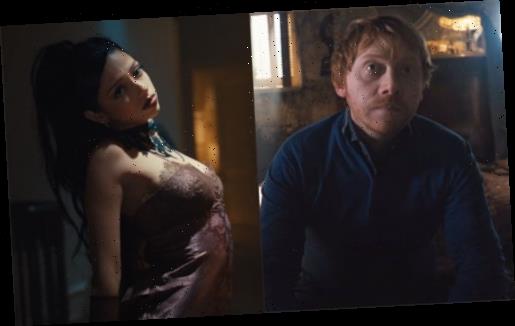 Philadelphia singer-songwriter Saleka Night Shyamalan is back with another visual masterpiece–this music video called “The Sky Cries”–directed by her father, M. Night Shyamalan (The Sixth Sense).

“I was very intimidated and nervous leading up to the shoot because there were a lot of physical logistics with the choreography,” Saleka shared with Just Jared. “I’ve never been directed by my dad before, but once we were on set it actually felt really natural. He always emphasizes the emotional intention over everything. Since I wrote the song, we were able to easily talk about the meaning of each line, how it connects to the movement and contributes to the arc of the overall video.”

Harry Potter star Rupert Grint makes a brief cameo at the end of the video. What’s the connection? He stars in the Apple TV+ series Servant, which is executive produced by M. Night. The song is also featured in episode 8 of the hit show, out now. Watch the video below!

And in case you missed it, watch Saleka‘s soulful “Mr. Incredible” music video!