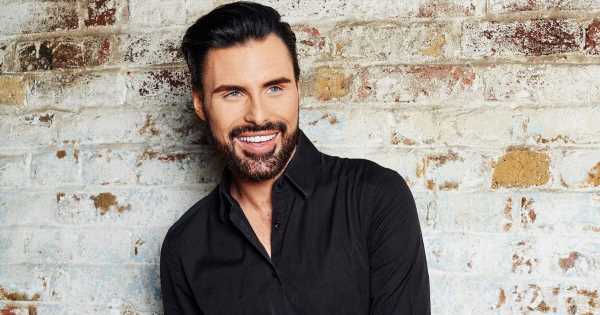 X Factor favourite Rylan Clark-Neal returned to his popular Radio 2 show this Saturday and told listeners “it’s good to be back”.

Speaking about his return on his Radio 2 show, Rylan said: "It's good to be back in the seat. A massive thank you to Vernon, Gary, Oti and Cat Deeley for keeping my seat and my baby lovely and warm.”

The Big Brother star continued: “A massive thank you to all of you and, when we're allowed I will give you all a big cuddle. Thank you so, so much.

"Secondly, a thank you to all you listeners. Thank you for all your lovely messages. It's been a couple of months but we are back in business."

Rylan, 32, took time away from the show in May this year, which later sparked concern from fans.

It was then revealed that Rylan,who recently returned to social media,hadseparated from her husband Dan Neal.

His return to the radio show comes after Rylan, who is said to be "rekindling" his marriage with Dan,admitted he was in a "bad place" following the separation from Dan.

Speaking to The Sun in June, Rylan explained: "Following reports about Dan and I spending time apart, I feel have to speak out as the way it is being reported is unfair.

"I have made a number of mistakes which I deeply regret and have inevitably led to the breakdown of our marriage."

He added: "I have taken time away from work as I am not in a good place at the moment and am seeking help.

"I am trying to take each day at a time and would like to say thank you to everyone for their support and for respecting our privacy at this time."

Rylan took to social media days later to thank fans for their support, writing to his 1.4 million Instagram followers: "I just wanted to write a message to thank you all for the love and kindness you have shown us.

"We are currently prioritising our mental health and looking after the ones around us we love most.

"I am working towards getting back to the jobs I love in due course. Thank you for being patient with me."

The news of the couple splitting devastated fans when it was announced that he and Dan, 41, had ended their relationship after six years of marriage.

But rumours are now rife the pair could be rekindling their marriage after Dan's black Range Rover vehicle was seen outside their shared Essex property last month, according toThe Sun.

To read more about Rylan Clark-Neal, sign up for OK!'s daily newsletter here.