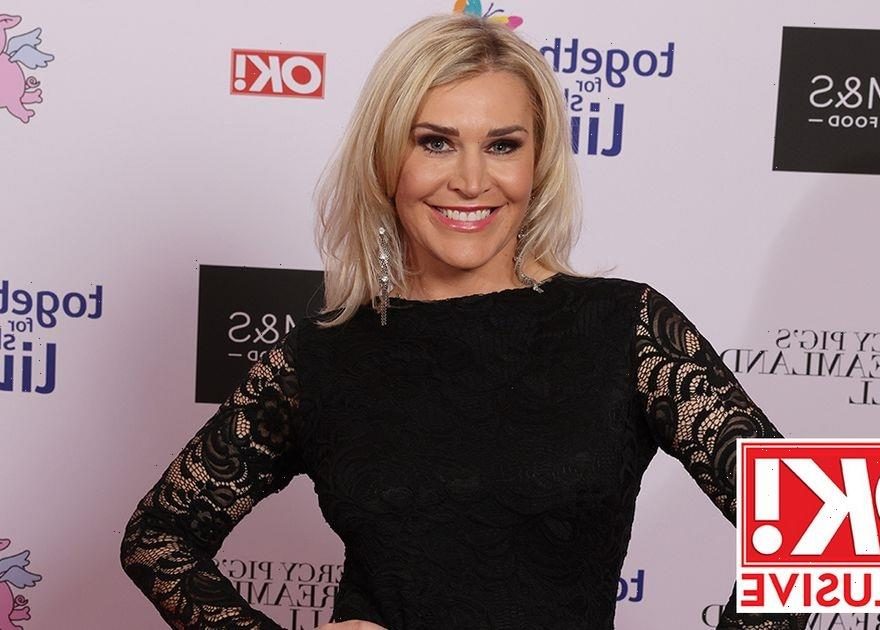 Discussing the album Jo, 42, admitted she's "so so pleased" with how the album, named With Love, has been received.

It comes a full sixteen years after her debut, and stunning star told OK! that while she and S Club "don't have a WhatsApp group," they do still keep in touch.

Speaking at the Together For Short Lives ball, the singer star said: "I speak to Rachel quite a lot. I support her all the way and she supports me.

"Individually we say hello and we check in about each other's kids."

Jo admitted she often gets asked if they have a WhatsApp group, admitting she should "start one up."

S Club 7 fans will be pleased to hear that Jo has included a new version of Never Had A Dream Come True in the new album.

"It's a lot more stripped back," Jo added.

The star looked stunning as she attended the Short Lives red carpet, in a chic floor length black dress with her blonde locks down.

The 42 year old singer, who was previously praised by fans after debuting a "new look" during her interview on ITV's Lorraine in August, showed off her style credentials for an event just a few days ago too.

Former S Club 7 star Jo O'Meara looked fantastic as she posed ahead of her live show, With Love, at London's Hippodrome Casino.

The star left viewers distracted during the interview as fans commented that she looked "unrecognisable" and others said she is "getting better with age".

Last year, Jo revealed the impact quitting booze and cigarettes had had on her appearance.

She wrote at the time: "Just goes to show you [what] dedication can do!

In 2008, Jo, along with bandmates Bradley McIntosh and Paul Cattermole formed their spin-off group S Club 3.

Despite not releasing any songs as a trio, they proved successful with nightclubs, universities and holiday parks across the UK, and so continued to do the rounds every year, exciting their since-grown-up former fans at various students' unions.

The Together For Short Lives' Ball was sponsored by M&S Food and held in partnership with OK! magazine.

For more showbiz news and exclusives, sign up to OK!'s daily newsletter here