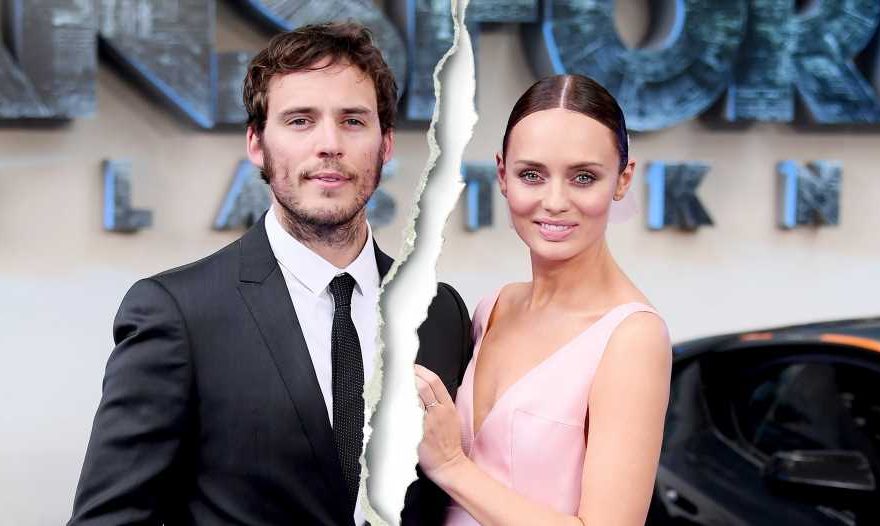 It’s over between Sam Claflin and his wife, Laura Haddock.

The Hunger Games star, 33, announced on his Instagram Story on Monday, August 19, that he’s split from his wife of six years.

“Laura and I have decided to legally separate. We will move forward with nothing but love, friendship and a deep respect for one another, whilst we continue to raise our family together,” Claflin wrote in a statement. 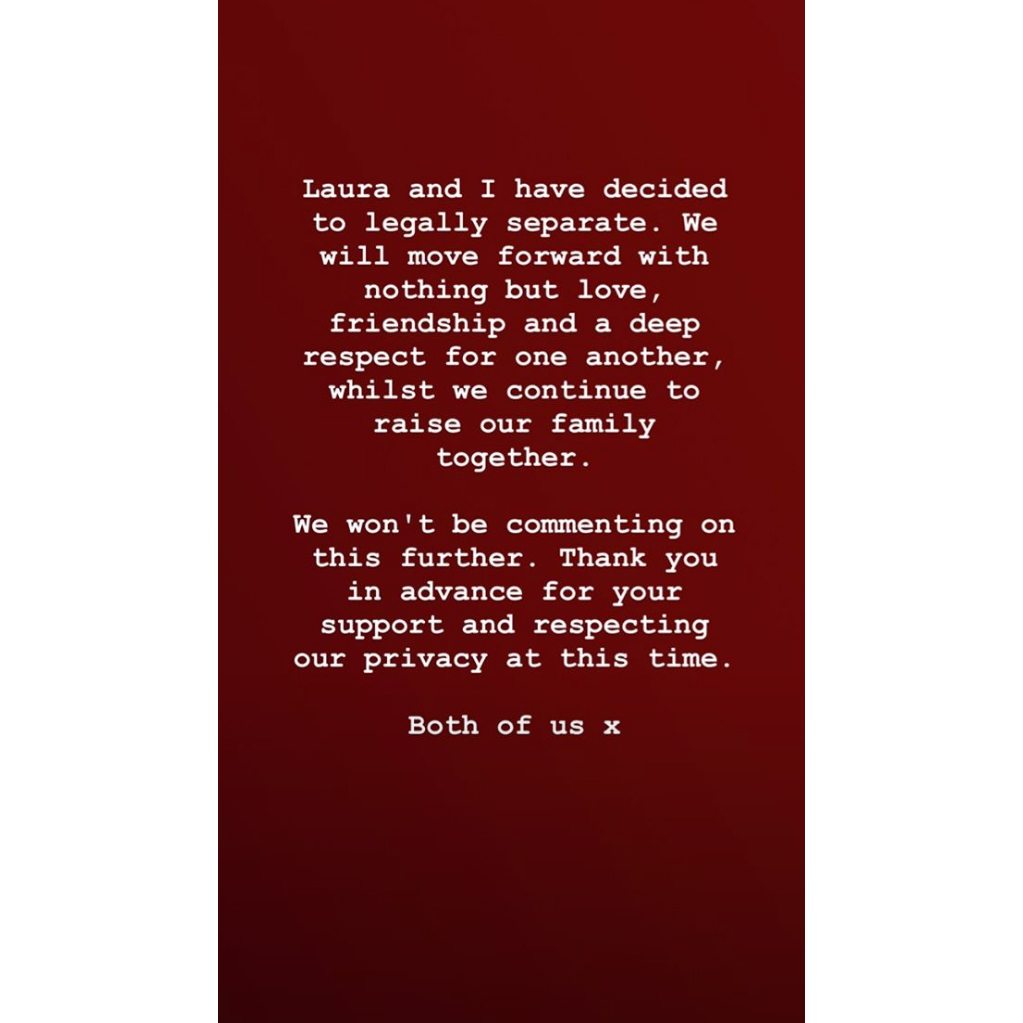 He continued, “We won’t be commenting on this further. Thank you in advance for your support and respecting our privacy at this time” before signing the post: “Both of us x.”

Haddock shared a similar statement on her own Instagram Story.

Claflin and Haddock married in August 2013 after being engaged for a year and a half. The couple share two children together: son Pip, 3, and daughter Margot, 18 months.

The Peaky Blinders actor opened up to Us Weekly in May 2018 about how much he missed his wife while filming the movie Adrift in Fiji.

“My wife was pregnant at the time, and Zika virus is in Fiji. It’s not a huge outbreak, but still you don’t want to risk it,” Claflin said. “So my wife and little boy couldn’t come out to Fiji. I had three months on my own.”

Fortunately, Claflin, who starred in the film with Shailene Woodley, was able to bond with his on-set family while away from his loved ones at home.

“Everyone was away from their homes and families. There was an immediate bond and connection because we were all suffering together. We enjoyed our time as best we could,” he said. “I definitely rang home though and spoke to my family as much as I could, on a daily basis!”

Claflin’s last Instagram post of his wife was from February 2019 in which he shared an old photo of them in honor of Valentine’s Day.

“From the beginning… and until the end. I love you. Happy Valentines Day wifey ❤️,” he wrote in the caption.