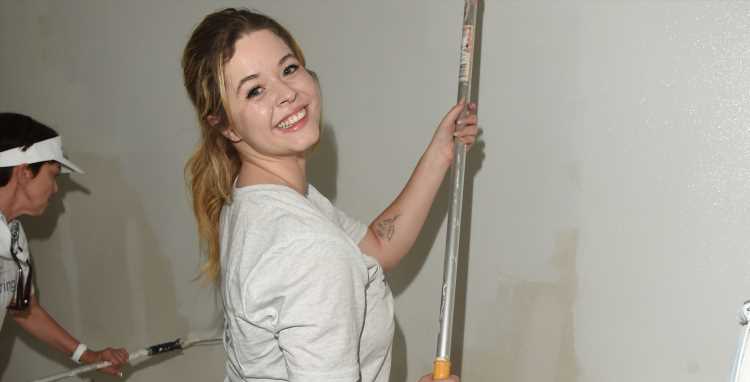 Celebrities have teamed up with Habitat for Humanity and The Marquee by Bluegreen Vacations to do good!

Sasha Pieterse from Pretty Little Liars: The Perfectionists joined Anne Winters and Brandon Larracuente from 13 Reasons Why to work with Habitat for Humanity and celebrate the the grand opening of The Marquee, by Bluegreen Vacations on Saturday (June 29) in New Orleans, Louisiana.

Amanda Brugel from The Handmaid’s Tale, Sharna Burgess from Dancing with the Stars, Annie Ilonzeh from Chicago Fire, Jason Lewis from Sex and the City, and Miss USA 2015 Olivia Jordan also participated in the day of giving back.

During the day, the celebs rolled up their sleeves to build homes in New Orleans’ 9th Ward, which was devastated during Hurricane Katrina.

Later that evening, the stars got all dolled up to attend a black and white soiree, nosh on traditional Cajun cuisine, and dance to the amazing music of Grammy Award winning performer, Judith Hill.

160+ photos inside of Sasha Pieterse, Anne Winters, Brandon Larracuente, and others at the Habitat for Humanity day and the The Marquee by Bluegreen Vacations opening…