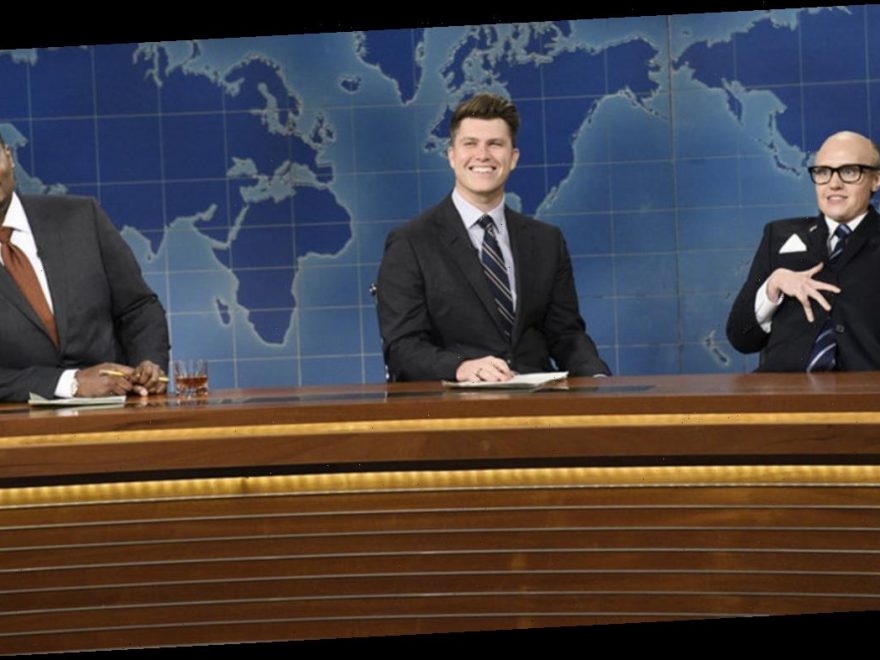 The show started with a lengthy cold open in which Jim Carrey, Maya Rudolph and Alec Baldwin portrayed Biden, Kamala Harris and Trump, respectively, in a sketch that mocked the incumbent candidate over the loss.

Later in the show, the “Weekend Update” segment kicked off with Jost and Che striking a celebratory tone, praising Biden on his win and mocking Trump. Che even went so far as to sip from a drink as he delivered jokes on the subject.

STARS WHO HAVE ENDORSED BIDEN FOR PRESIDENT

They began the segment by playing videos of people throughout New York City taking to the streets to celebrate the news that Trump was defeated.

“And this is Trump’s home town,” Jost said. “Can you imagine, you get fired from your job, you go back home and everyone in your own house is like ‘boo, you suck!’”

He went on to show footage of other countries celebrating.

“That’s real, do you know how bad you have to be for Paris to ring church bells when you lose? They didn’t even do that for the real hunchback’s funeral,” he said. “The whole world is celebrating like World War II just ended.”

Jost continued by showing a picture of Trump golfing, which is what the president was doing when major networks called the race in Biden’s favor.

"And I know this isn’t really the same as defeating the Nazis, but it did end with a fascist leader hiding in a bunker,” he said.

Che compared the feeling in America to the scene in the movie “The Shawshank Redemption” in which the prisoners, despite still being incarcerated, take a break from work and drink beer like everything is OK.

WHAT HOLLYWOOD HAS SAID ABOUT BIDEN AND TRUMP

Jost took control of the segment again to make a point about the voter numbers Trump got in 2020 compared to what he did in his 2016. 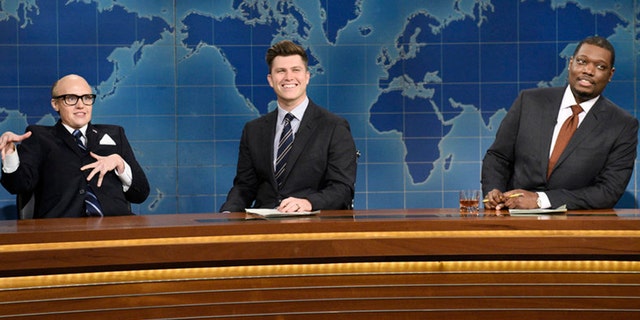 “I just want to point something out real quick, remember in 2016 when he lost the popular vote to Hillary by 3 million, he blamed in on illegal immigrants sneaking in and voting? Well, this time he’s going to lose by 5 million votes, which, by his own logic, means Trump let in 2 million more illegal immigrants and they all voted for Biden,” Jost said.

The hosts concluded by noting how excited they are to no longer have to listen to Trump once he’s out of office.

“The most important thing about Donald Trump losing this election is that pretty soon we’ll never have to listen to Donald Trump again,” Jost concluded. “We may want to listen sometimes for entertainment, just like we might want to slow down to get a better look at a burning car, but we don’t have to. Before Trump was president, no one ever cared what he said. No one was ever  like ‘oh, I wonder what the least successful real-estate developer in New York thinks about this.’ In three months, Trump will just be another guy yelling conspiracy theories in the background.”

With that, the duo kicked things over to Kate McKinnon, who appeared as Trump’s personal lawyer, Rudy Giuliani. In an outlandish speech, McKinnon outlined the campaign’s plans to challenge the results, joking that part of the strategy will be to determine which mail-in ballots were real and which were tortillas by eating them.

As for what happens to him after the administration is finished, McKinnon's Giuliani seemed optimistic.

“I will be fine. I always land on my feet upside down from the ceiling,” she says. “I’ve got to get going to the peninsula … (in) the Yucatan. You never saw me.”