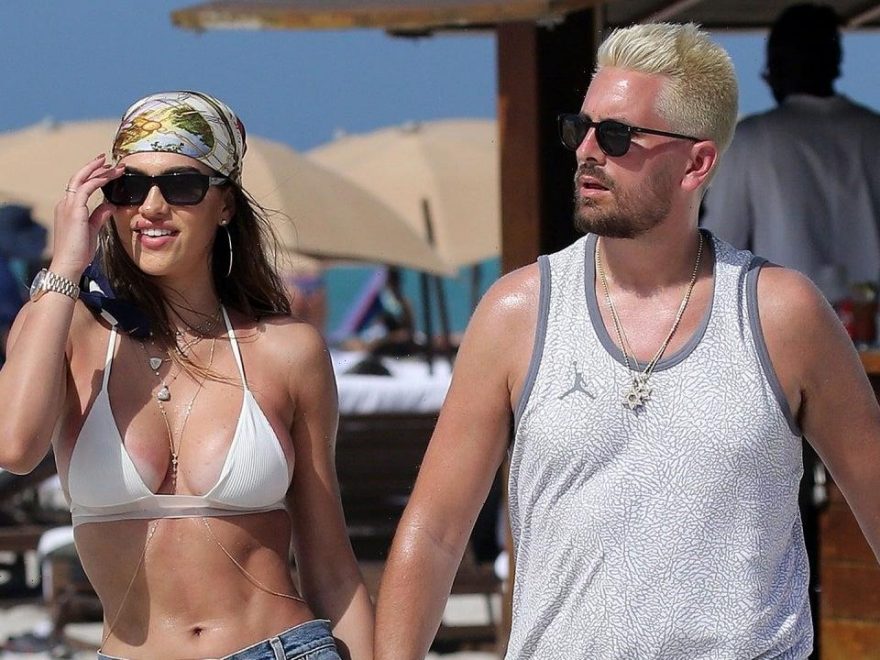 Getting close and comfy. Scott Disick hit the water with two of his favorite ladies over the weekend — girlfriend Amelia Hamlin and his 9-year-old daughter, Penelope.

The reality star shared some snapshots from the fun midday outing to his Instagram and his Instagram story, including one idyllic shot of himself and his girlfriend getting close and adorable while laying together on the boat.

The pair laid side by side with Amelia’s hand on Scott’s chest while staying warm under a stylish designed blanket.

“Hermès only to swim,” Scott captioned the romantic snapshot.

Scott also shared a few pics to his story, including a photo of him resting with his little girl under the warm blanket, as he sweetly kissed the top of her head.

He also posted a photo of Penelope and one of her friends, who seems to have gone on the boat trip with them, standing by the side of the boat and looking out over the water. 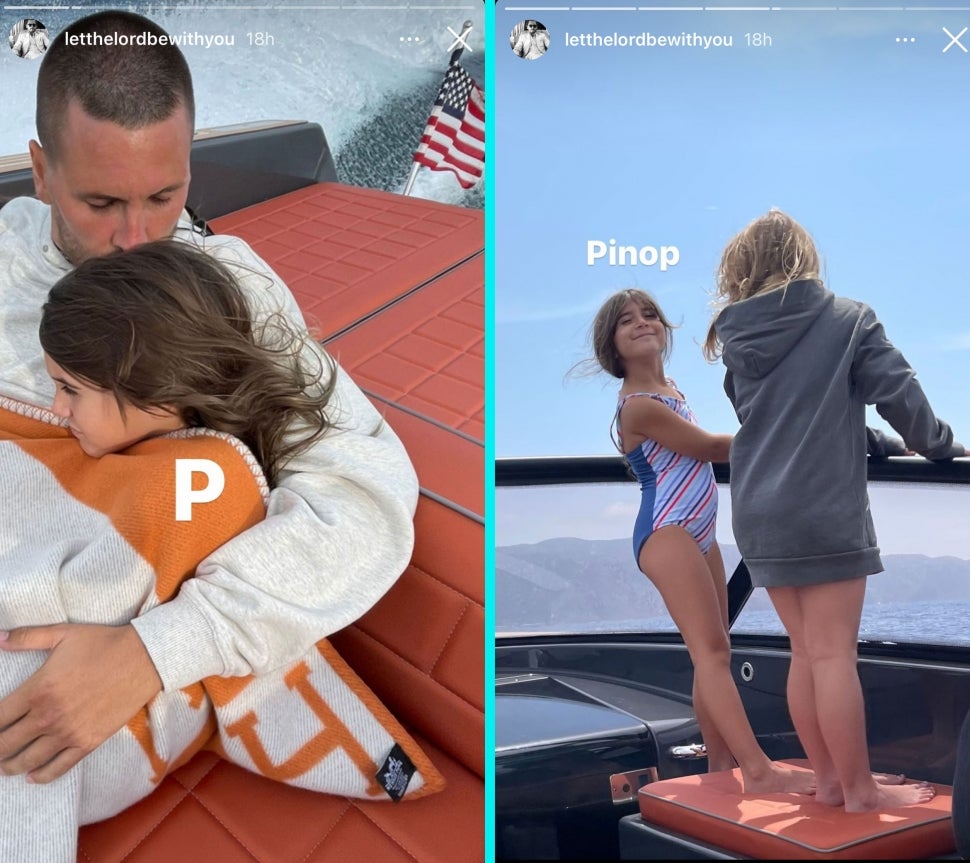 Later, Amelia, 20, took to her own Instagram story to share the same snuggling snapshot of herself and Scott, which she captioned, “I love you.” 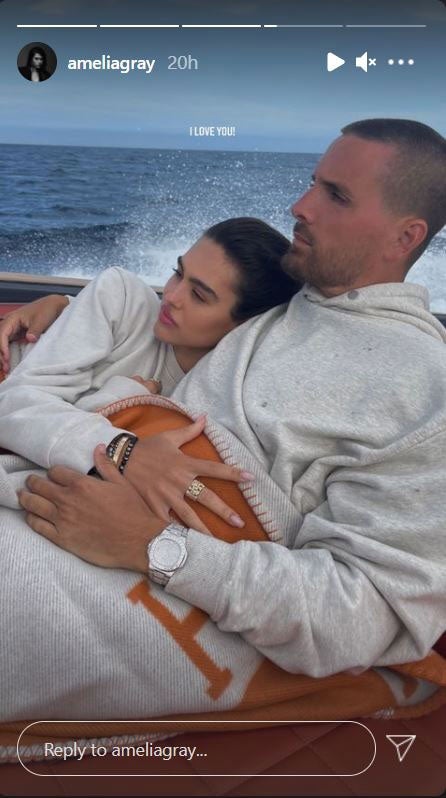 As Amelia has grown close to Scott in recent months, she’s also been growing closer to Scott’s kids — including Penelope, and sons Mason, 11, and Reign, 6, whom he shares with ex Kourtney Kardashian.

Earlier this month, the model commented on the father of three’s Instagram post in honor of Penelope’s ninth birthday, and revealed a fun pastime the two like to do together, writing, “Little peesh 💞💞 happy birthday to the best facialist in town.”

In addition to enjoying some pampering with Penelope, Amelia has also spent some quality time with another one of her boyfriend’s kids. In late June, a source told ET that the model and the businessman was spotted out to dinner with Disick’s oldest son, Mason, at Nobu Malibu.

Check out the video below for more on Scott and Amelia’s burgeoning relationship.