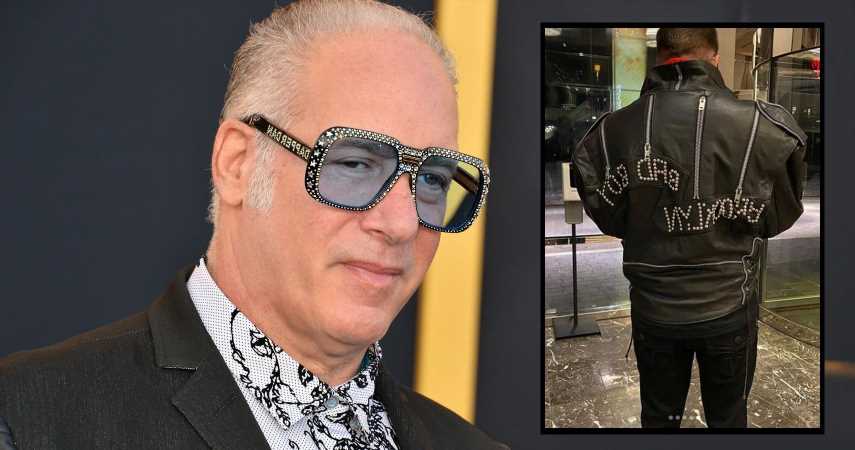 The art of comedy is a tricky one because a horde of factors has to be considered. The audience becomes an important part of the act, and simultaneously comedians have to be careful about where to draw the line to make them laugh without offending them. But with Andrew Clay Dice, it was a different game altogether. He presented to the people an unapologetic, crude, and straightforward stage presence that was filled with brash jokes. Despite all the controversy, this unrefined charm won the hearts of the audiences in the blink of an eye.

Here is an account of how Andrew Silverstein’s own life and career changed as he became a renowned comic and rose to fame and wealth.

Born Andrew Clay Silverstein in Brooklyn, New York, Andrew Dice had Jewish parents. His mother was Jacqueline, a homemaker, and his father, Fred, was a boxer and a real estate agent. He also had a sibling – a sister that he grew up with. Andrew realized he had a knack for performing before people when he started impersonating at about 5. By the age of 7, he had also started playing the drums.

He later enrolled at the James Madison High School, and in his adolescence, he made some money by playing the drums at weddings and bar mitzvahs in the Catskills. After graduating from high school, Andrew got into the Kingsborough Community College. Soon he dropped out to focus on building a real career in the entertainment industry.

Andrew Slverstein’s goal in life was to build a career in standup comedy, and he began hustling for it. He signed up for an audition at Pips Comedy Club in 1978, and the following week, he got a gig at the Sheepshead Bay venue. He launched himself under the name Andrew Clay while also launching the famous character of Diceman simultaneously.

This character debuted in an act made up of impersonations inspired by Jerry Lewis’ Buddy Love from The Nutty Professor and John Travolta’s Grease character Danny Zuko. Once the Diceman became popular among the audience, Andrew Clay began to get slots at other comedy clubs like The Improv, Dangerfield’s, Catch a Rising Star, and the like. After gaining initial fame for two whole years, Andrew decided to move to Los Angeles in 1980.

RELATED: These Are The World’s Richest Production Houses

Making It Big In The Entertainment Industry

After moving to Los Angeles, he landed the opportunity to perform late-night shows at the Comedy Store. His next big break came after two years when he got to make his movie debut in the film parody called Wacko. But 1983 became an even more crucial year for Andrew Clay and his fans.

In 1983, he stopped doing impressions under the stage act by the character The Diceman. Instead, he dubbed Diceman into an official identity – a wholly constituted alter ego of Andrew Clay himself, who became a superhit at the Comedy Store. This ever-rising fame at this character development landed him new deals like in guest roles on M*A*S*H and Diff’rent Strokes. He also got the chance to appear in movies like Making the Grade, Pretty in Pink, and also NBC’s Crime Story, making the 1980s a particularly prosperous time for Dice.

Towards the end of the decade, he performed in an event by the Big Brother Association. This 1988 performance became such a hit that 20th Century Fox offered him a gig. After landing this movie deal, he also appeared on the famous standup comedy show of Rodney Dangerfield – Nothin’ Goes Right aired on HBO. By this point, Andrew began receiving critical acclaim and a bunch of awards and accolades. His act was dubbed the Comedy Act of the Year in 1989 by Performance magazine.

In 1989, he also released his debut album under the name of Dice, and his work was validated with instant critical acclaim. This album sold over 500,000 copies, and he received gold certification for this album by the Recording Industry Association of America. The following year he released his second album called The Day the Laughter Died. It became a huge commercial success, making it to #39 on the Billboard 200 charts.

So, by 1990, Dice became the first comedian to sell out New York City’s Madison Square Garden for two whole nights in a row. The same year, he also hosted Saturday Night Live. He also earned a Raspberry Award for Worst Actor after starring in a movie called The Adventures of Ford Fairlane in the same year.

The Latter Part Of His Career

The next big achievement in Dice’s career was when he founded a production company called Fleebin Dabble Productions. In 1991, his controversial movie production called Dice Rules was released in movie theatres. However, this release was limited to certain theatres because of the provoking and controversial concert of the standup concert film.

The pay-per-view specials released by him – No Apologies in 1993 and The Valentine’s Day Massacre in 1994 – became huge commercial successes as the former was bought more than 250,000 times, and the follow-up got purchased about 100,000 times. By this time, Dice was branching out and distancing himself more and more from his alter ego, The Diceman. He also appeared in the famous movie called A Star Is Born, starring Lady Gaga and Bradley Cooper.

The estimated net worth of the 63-year-old entertainer is an impressive $10 million. With his fancy million-dollar fortune, he has purchased luxury estates in places like Hollywood and Las Vegas.

READ NEXT: The Al Pacino Road: From College Drop-Out To Legendary Actor