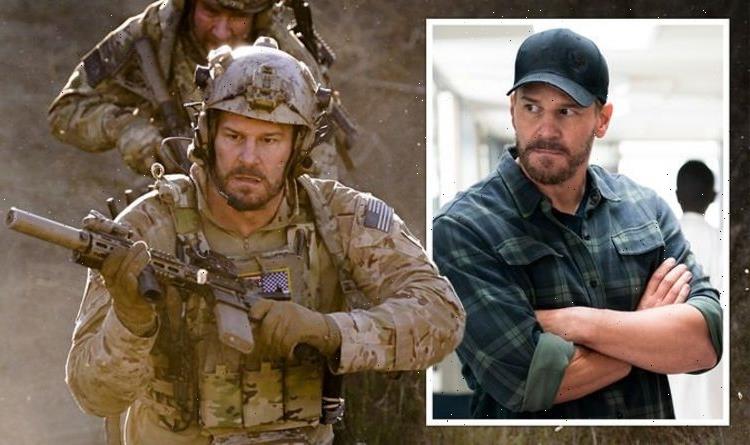 SEAL Team is an American military drama that’s become popular with CBS viewers as they’ve become hooked on the enthralling storylines. The show follows the lives of an elite unit of Navy SEALs as they train, plan, and execute the most dangerous, high-stakes missions their country can ask of them. After four dramatic seasons of the show, some fans are now questioning whether or not it’s based on real-life events. Is the show inspired by SEAL Team Six? Express.co.uk has all you need to know.

SEAL Team has gained a large following over the years as viewers have become attached to its characters and their varying storylines.

The cast is led by David Boreanaz who plays Jason Hayes in the drama.

Some of his Bravo Team comrades are played by Max Thieriot, Neil Brown Jr, Toni Trucks and A.J. Buckley.

Over four seasons military drama SEAL Team has delved into the professional and personal lives of the fictional Bravo Team.

The characters on the show are of course fictional, but the series does take some inspiration from real life.

Navy SEALs are highly-trained special ops teams that expertly conduct missions in the sea, air and on land.

They are considered one of the most elite units of soldiers in the entire U.S. armed forces, along with other special forces units like the Green Berets and Delta Force.

An even further specialised unit of soldiers within the Navy SEALs is SEAL Team Six, also known as DEVGRU, and this the team the show is based on.

SEAL Team Six was formed in 1980 and differs from other Navy SEALs divisions.

They are more specifically trained in counter-terrorism, hostage rescue, and special reconnaissance.

Essentially, when the U.S. military needs a highly sensitive job to be completed with the utmost precision, SEAL Team Six gets called in.

The group of military professionals were previously little-known to the public until one of their 2011 missions made global news.

In May 2011, a SEAL Team Six group killed the then Al-Qaeda leader Osama Bin Laden in an early morning raid on his compound in Pakistan.

This historic mission instantly pushed the group of Navy SEALs into the spotlight.

There are actually 11 other SEAL Teams, however, SEAL Team Six is the one at the forefront of pop culture, as a result of their role in the death of Bin Laden.

However, a large amount of mystery still surrounds the unit, as most of their actions are kept classified.

Despite CBS drama series SEAL Team being based on SEAL Team Six, the show’s characters and missions are all completely fictional.

The characters and plots of the drama series aren’t based on reality, but the production does strive to achieve accuracy where it can.

The structure of the team and the equipment they use in the show is reportedly not dissimilar to that of the real SEAL Team Six.

So, SEAL Team isn’t based on a true story, but is still inspired by the real life elite military unit SEAL Team Six and aims to be as accurate as it can in portraying what life is like for the real group.

SEAL Team is available to watch on CBS and Sky and Paramount Plus.