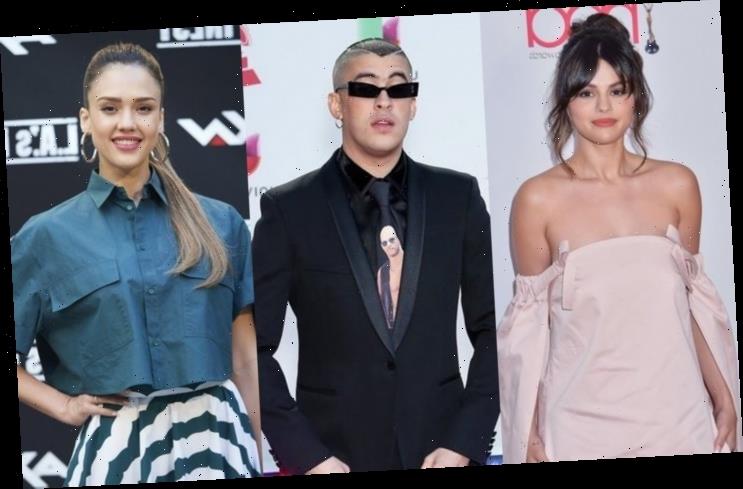 The former Disney darling is set to receive the Arts Award at the upcoming prize-giving event while Bunny and Alba will accept Vision and Business Awards respectively.

AceShowbiz –Selena Gomez will be the recipient of a top honour at the upcoming Hispanic Heritage Awards.

The “Come & Get It” singer has been chosen to receive the Arts Award not only for her contributions to music, film and television, but also for supporting mental health awareness by opening up about her bipolar disorder diagnosis in April (20).

“(We are) thrilled to recognize Selena Gomez with the Arts Award for her impact on American and global culture through her music (and) movies but also for her courage as an advocate for mental health,” Jose Antonio Tijerino, Hispanic Heritage Foundation president and CEO, told Billboard in a statement on Friday (11Sep20). “There’s power in vulnerability and Selena has made it okay to talk about difficult issues we all deal with, especially during the COVID-19 pandemic. Selena is a role model for so many for so many reasons.”

Other honourees at the event include Puerto Rican singer and rapper Bad Bunny, who is set to receive the Vision Award, and actress Jessica Alba, who has been selected as the Business Award recipient for her entrepreneurial and philanthropic activities as CEO of ethical consumer goods brand The Honest Company.

The 33rd Hispanic Heritage Awards airs on 6 October and will feature taped performances from across the United States and Latin America.