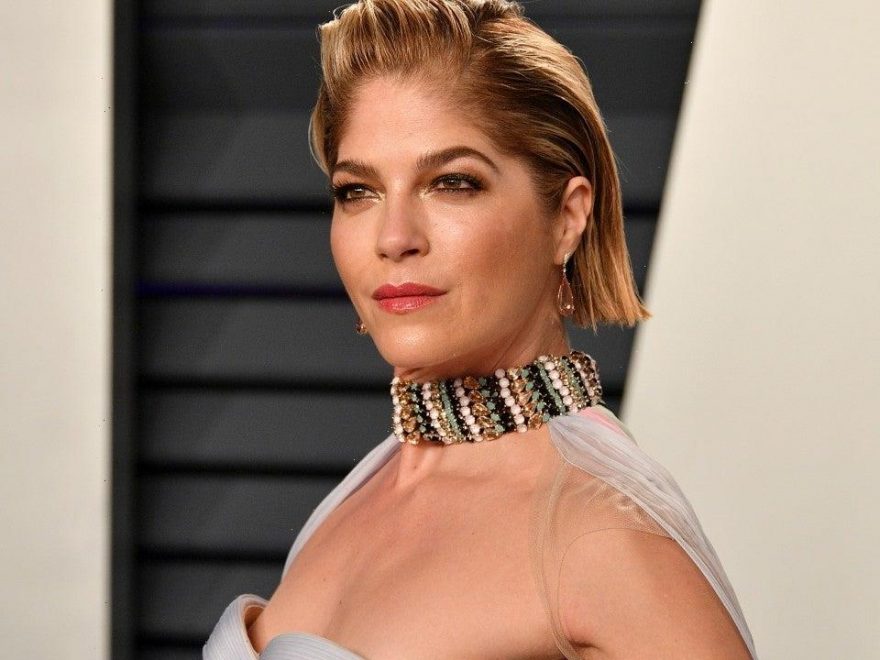 Selma Blair is opening up about her battle with multiple sclerosis ahead of the release of her deeply intimate and personal documentary, Introducing, Selma Blair. On Monday, during Discovery+’s TCA presentation to the press, the actress revealed why she wanted to participate in the project, how her son inspires her, and an update on her health today.

Directed by Rachel Fleit, the film is described as “one woman’s journey of personal acceptance and resilience, which follows the singular actress as she reckons with the next chapter of her life after being diagnosed with multiple sclerosis.” The documentary will explore issues affecting Blair’s life and career, from ideas about beauty to fears over disability and mortality.

When it comes to chronicling her journey on camera, Blair said, “It was my hope to be able to share that time of looking at HSCT (bone marrow stem cell transplant) and that process and what I was going through as a mom and someone getting the diagnosis.”

“So, I was incredibly open to it. But it wasn’t until I met Rachel that it was a serious thing and then I was all in,” Blair explained.

For Blair, the documentary also presented an opportunity to share one story of what it was like to go through this, especially since she struggled to find examples after she was first diagnosed in 2018.

“I just wanted to lead by example by saying this is just where I am,” she said before adding that she doesn’t necessarily have advice for anyone. “I’m learning like everyone else and I don’t know what my advice would be.”

Because of how isolating the battle has been, Blair revealed that humor has been one way of getting through it all, before quoting Carrie Fisher: “If it wasn’t funny it would just be tragic,” she quipped.

Another source of inspiration and strength has been her son, Arthur. “If there’s an option to halt this, a time to rebalance after being hit so hard after my last flare, it’s absolutely for my son,” she said. “I have no desire to leave him alone.”

While this battle has led to a number of unexpected challenges and struggles in her life, Blair does have a positive outlook on the whole experience. “I’ve never really liked life but I do now,” she shared, noting that she’s never asked, “Why me?”

“I always felt like I could rise to this,” she said. “It’s been absolutely a lesson that I’m happy to take on.”

Blair ended the panel by confirming that she’s still in remission after first revealing her health status in October of last year. “I’m in remission. It took about a year after stem cells [transplant] for the implementation and lesions to go down. I was so reluctant to talk about it because I felt this needed to be more healed, more fixed,” she said. “I’m in remission and I don’t have any new lesions forming.”

After first premiering at the 2021 SXSW Film Festival, Introducing, Selma Blair will open in select theaters on Friday, Oct. 15 via Strand Releasing before launching on Discovery+ on Oct. 21.