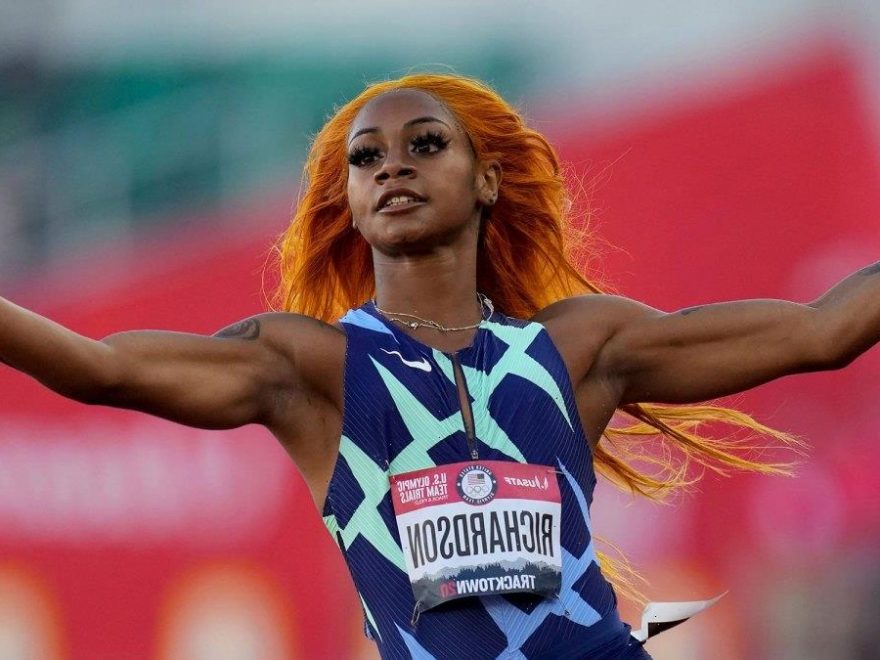 Taking responsibility. After track star Sha’Carri Richardson was benched from the upcoming Tokyo Olympics for marijuana use, she’s speaking out and apologizing for her actions.

Tokyo Olympics 2021: Team USA Athletes to Watch Out For

“I just want to take responsibility for my actions, I know what I did,” the 21-year-old athlete told Savannah Guthrie during a virtual interview with Today on Friday, July 2. “I know what I’m supposed to do and what I’m allowed not to do, and I still made that decision. But I’m not making an excuse or looking for any empathy in my case.” 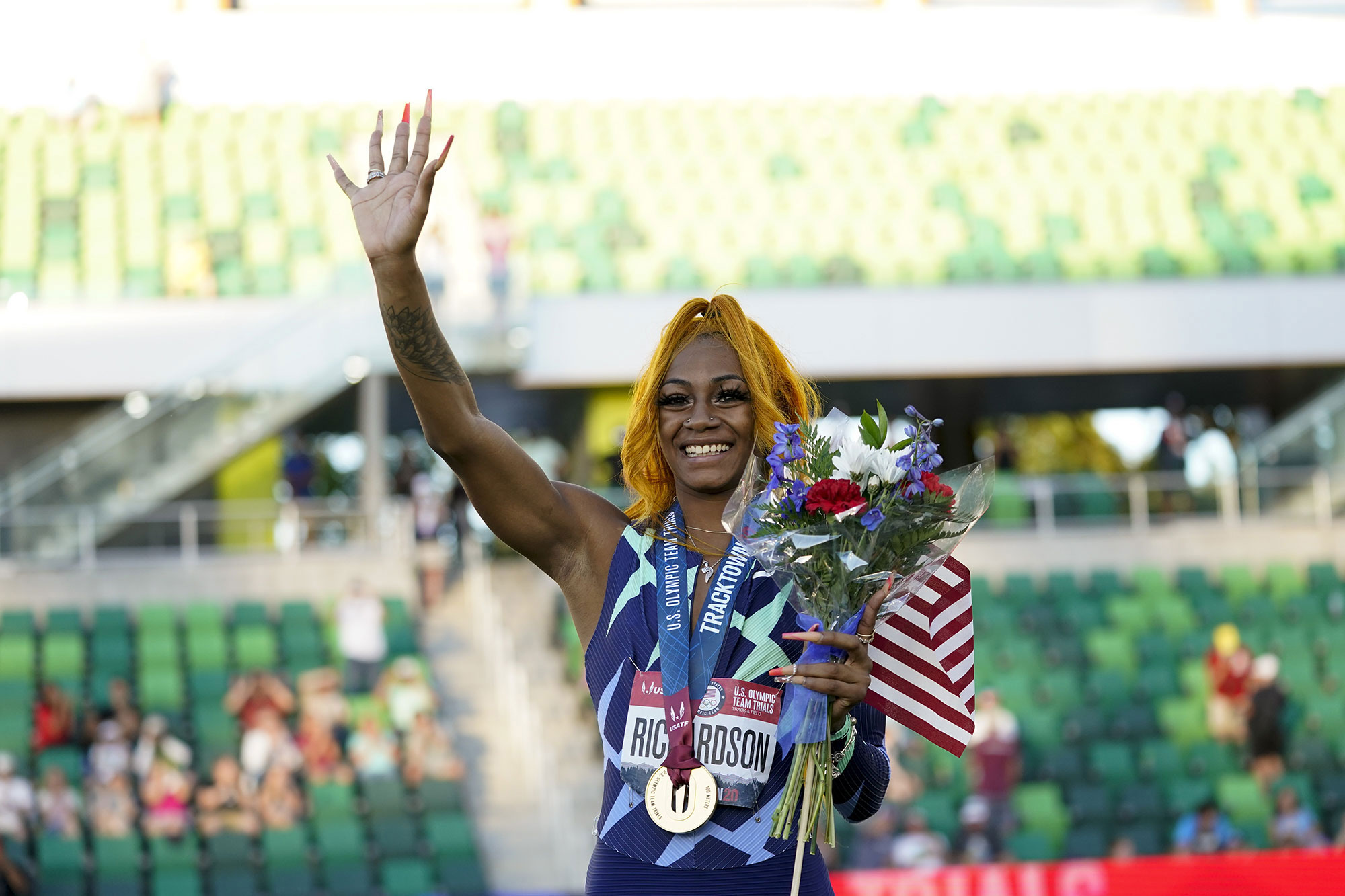 The runner was a favorite during the Olympic trials last month in Eugene, Oregon. During the event, she secured a spot on the U.S. team after clocking in a time of 10.86 seconds during the women’s 100-meter race. After winning her qualifying heat, it was confirmed that Richardson took a drug test, which tested positive for THC, the chemical that is found in marijuana.

While recreational marijuana use is legal in Oregon — where the athlete was for the trials — it’s against her sport’s policies. Richardson’s one-month suspension began on Monday, June 28. The Olympics kick off on Friday, July 23, which is a few days before her suspension is lifted.

While speaking to the 49-year-old news anchor, Richardson explained how she found out her biological mother had died before her trials, which was a “very heavy” subject for her to grapple with. She felt like she had to“hide [her] pain” while competing. 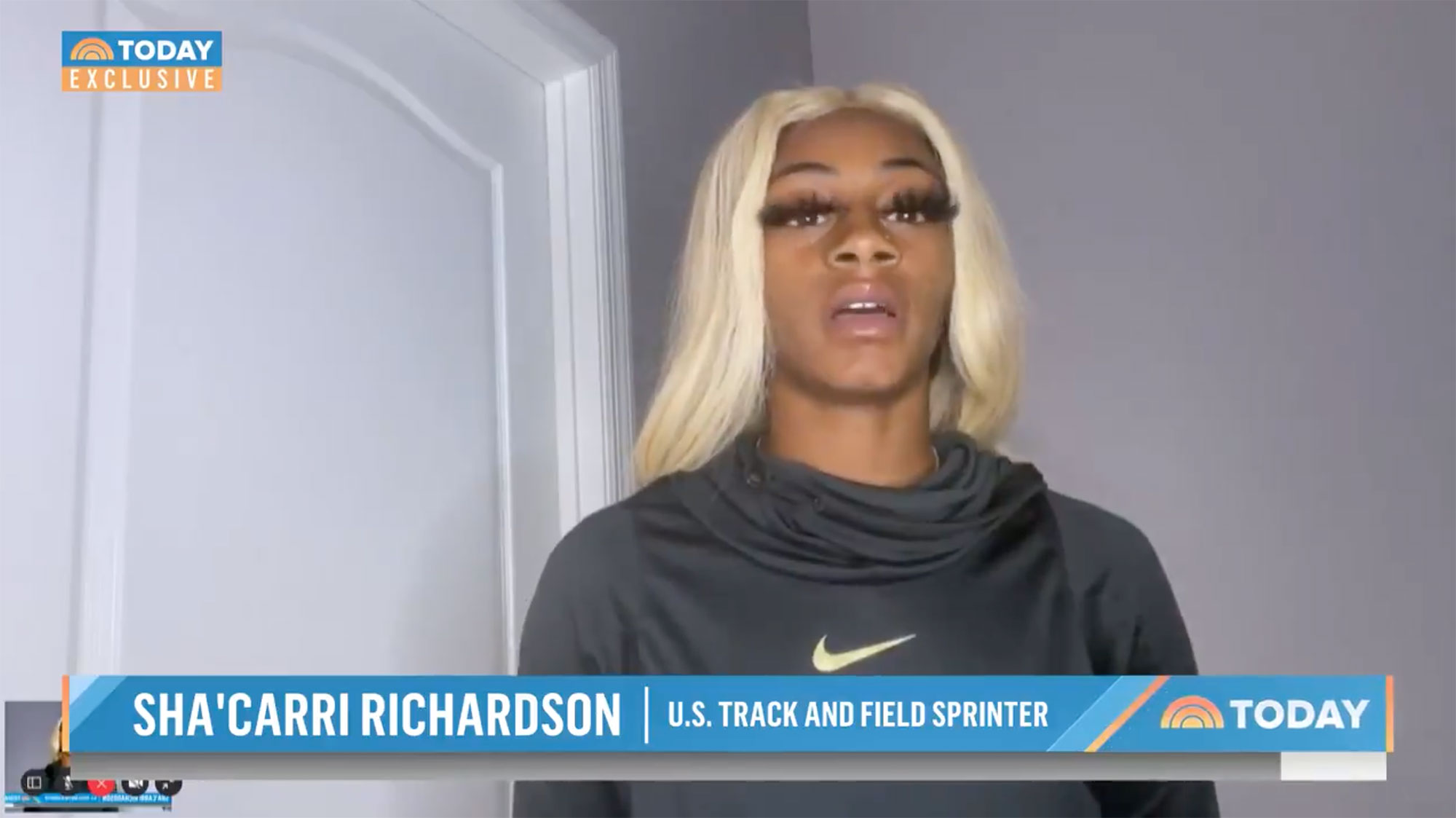 “People don’t understand what it’s like to have to — alright, people do,” she continued. “We all have our different struggles. We all have our different things we deal with, but to put on a face, to have to go in front of the world and put on a face and hide my pain, I don’t know. … Who am I to tell you how to cope when you’re dealing with pain? Or you’re dealing with a struggle that you’ve never experienced before? Or that you never thought you’d have to deal with?”

Olympic Athletes: Where Are They Now?

During the interview, Richardson offered an apology to her friends, family, sponsors and even “the haters.”

“As much as I’m disappointed, I know that when I step on the track I don’t represent myself, I represent a community that has shown me great support, great love,” she said. “I’m human. We’re human. … Don’t judge me, because I am human. I’m you, I just happen to run a little faster.”

She told Guthrie that she has “plenty of [Olympic] Games left in me to compete in” and plans to come back to competitions once her month-long sanction is up. 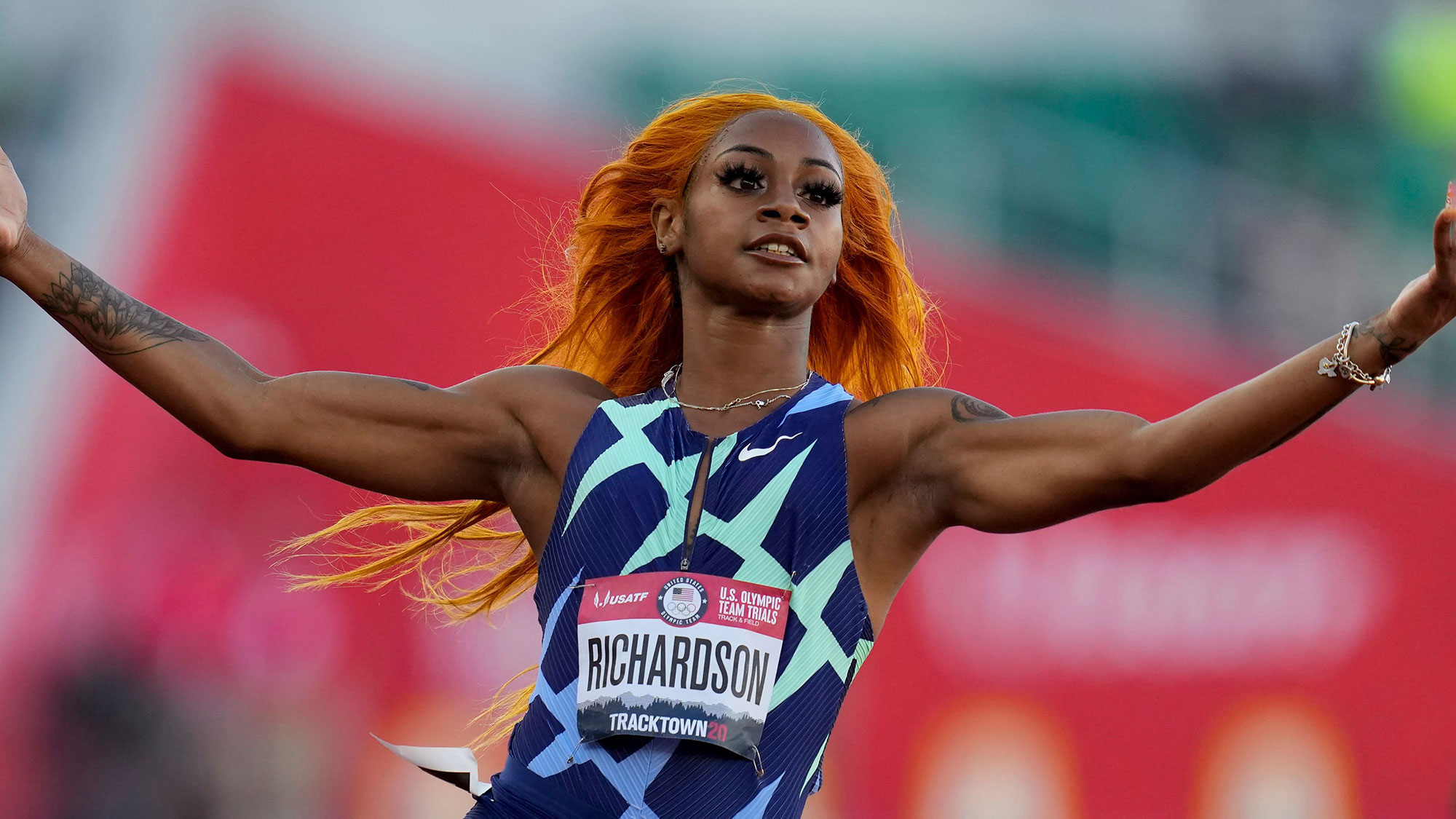 The U.S. Anti-Doping Agency (USADA) confirmed her suspension on Friday.

“The rules are clear, but this is heartbreaking on many levels; hopefully, her acceptance of responsibility and apology will be an important example to us all that we can successfully overcome our regrettable decisions, despite the costly consequences of this one to her,” USADA CEO Travis T. Tygart said in a press release.