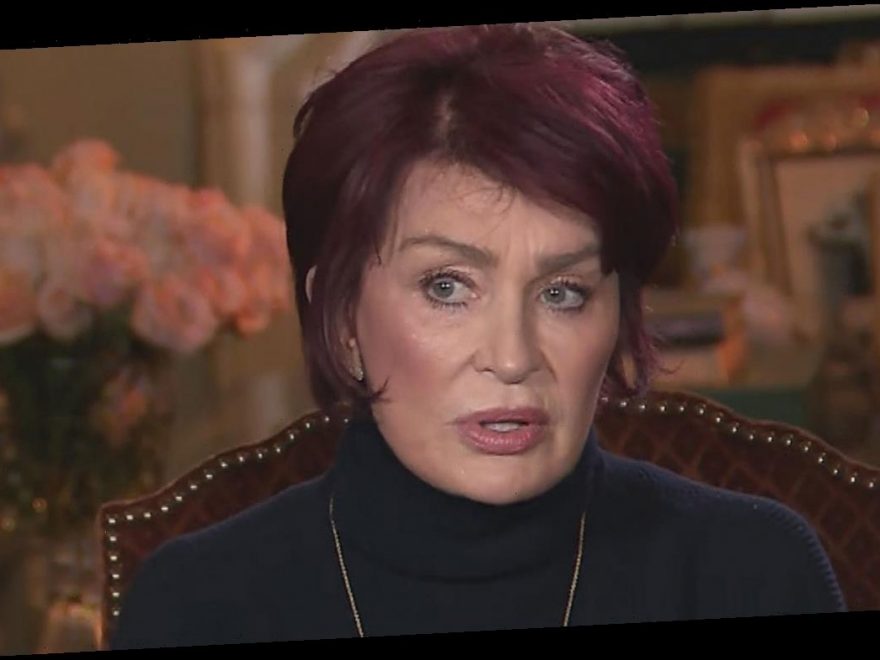 Sharon Osbourne spoke to ET’s Kevin Frazier on Tuesday about the current controversy surrounding a heated discussion about racism on The Talk. The outspoken co-host said that she is in no way racist and talked about her future on the show, as well as where her friendship with her co-host, Sheryl Underwood, stands today.

The Talk is currently on an extended hiatus amid an internal CBS review following the show’s March 10 episode. The episode in question contained an emotional debate over Osbourne’s defense of her friend, Piers Morgan and his controversial comments about Meghan Markle. Osbourne later apologized on Twitter “to anyone of color that I offended and/or to anyone that feels confused or let down by what I said.”

Osbourne claims that she was blindsided by Underwood questioning her defense of Morgan and was not sufficiently prepared by showrunners and producers. She believes her co-hosts “had preparation, they had written questions for them.” Osbourne says that eight minutes before taping began, one of the showrunners did ask if she would be OK taking questions about Morgan and how she would feel if “maybe one of [the women] doesn’t agree with you.” To which, Osbourne said, “I’ll answer whatever they want me to answer.”

After the show started, Osbourne recalls, “Sheryl turns around and asks me this question and….she was reading it off a card. It wasn’t on my cards. And then Elaine [Welteroth]’s reading her questions and I’m like, ‘I’ve been set up.’ They’re setting me up. My anger was like, I cannot believe this, I’m your sacrificial lamb.”

The Talk has been on hiatus this week and will continue to be until next Tuesday. Osbourne tells ET she’s unsure what will happen to the show and whether or not she’ll return.

Osbourne shared that she is willing to have an on-air conversation to further the conversation about race and make the whole controversy a teachable moment. She said that one of her newest co-hosts, 34-year-old Welteroth, especially wants to make this happen.

“I very much want to listen to the youth,” Osbourne notes. “Do I have my finger on the pulse of what’s going on, with the Black situation in this country? No. … The ins and the outs of the way the younger generation feel right now, I don’t have my finger on the pulse. Elaine does and Elaine very much wants to make this better and to have a conversation come out of this that will help other people and probably people of my age too that would help them.”

“I own up to what I did,” she adds. “I can’t not own up. I said what I said. I got too personal with Sheryl. I should’ve never said stop her tears. She was hurting as I was hurting.”

Osbourne acknowledged that when it comes to her tense exchange with Underwood, she handled the situation badly. “I love Sheryl, I’ve apologized to Sheryl, she’s not gotten back and I can understand. Sheryl needs her time.”

“I am not a racist and if you can’t have a go at your friend who happens to be Black, does that make me racist because I said certain things to my friend, but I said them on camera?” she asks. “I will keep on apologizing to Sheryl, even if I decide not to go back, I will still keep apologizing to Sheryl. I have nothing but respect and so much affection for Sheryl. I don’t want to hurt her.”

Osbourne specifically addressed one of the most criticized moments of the heated exchange when she told Underwood, “don’t try and cry because if anyone should be crying, it should be me.”

“She had just as much pain and probably fear as I did,” she said of that moment. “So, I should never have dismissed her feelings on national TV, ever. But I said it. I have to own it. I can’t say, you know, ‘Oh, I didn’t know why I said it.’ I know why I said it.”

Osbourne explained that she told Underwood not to cry because she felt like she was the one who was being blindsided in the situation, not her co-host. She said she wasn’t prepared for the questions she was being asked, though Underwood had them written on a card she was reading.

“It was like, ‘You’re asking me the questions, you’ve got the questions written down there, and I haven’t even had time to get my head together to come up with a correct answer here,'” she explains. “You’re the one accusing me. And I didn’t even know this was happening. It was between her and I. I’m the one that should be crying here. My a** is on the line. I’ve just been pounced on, not even prepared for it.”

She explained she was especially hurt by the situation since she said she and their fellow co-hosts  — which includes Carrie Ann Inaba and Amanda Kloots — had an earlier pact that they would never blindside one another with on-air questions that they didn’t want to ask one another. Osbourne said the conversation occurred on Feb. 17 because Inaba was upset that a producer at the time had her ask Welteroth why it was OK for a Black person to rap the N-word and not a white person, which Inaba did not want to ask.

“I was pissed with a friend,” she says of her interaction with Underwood. “Pissed off with my friend for not giving me the heads up. But in hindsight she was doing her job. … So, she did what she was asked to do, and I can’t blame her for that. On a personal side, I’m like, ‘Remember February 17 when we all said we wouldn’t do this to each other?’ … But the only thing I don’t understand with Sheryl was in the break, why she wouldn’t talk to me and just say, ‘Aww sh*t, let’s get out of this or something,’ and she didn’t. She wouldn’t talk to me. She turned her back and she was holding her finger in her ear like she was talking to a producer in her ear piece, but hey, it is what it is. I conducted myself really badly, really badly.”

“I let myself down,” she adds. “I let her down by losing my cool, by not centering myself to say, ‘OK, for some reason they’re doing this to me … you’re on national TV, stay calm, stay calm.’ and I didn’t. So. I blew it. But that does not make me a racist.”

Underwood reflected on the conversation on her own podcast last Friday, saying that while she considers Osbourne a friend, she did have to restrain herself from taking things further.

“I really didn’t realize it was jumping off. I thought we were having a conversation like we normally do. But then I got a feeling that, wait a minute, this ain’t what it usually is,” Underwood said on Sheryl Underwood Radio. “I also got another feeling of, OK, Sheryl, this is time for you to step up into the leadership position… this is time for you to show what you’re made of, and in a personal way. No matter what somebody says about you, I can show you something better than I can tell you.”

In a statement to ET on Tuesday, CBS shared that The Talk‘s hiatus will be extended until next Tuesday after the show was set to return on Wednesday.

“CBS is committed to a diverse, inclusive and respectful workplace across all of our productions,” the statement reads. “We’re also very mindful of the important concerns expressed and discussions taking place regarding events on ‘The Talk.’  This includes a process where all voices are heard, claims are investigated and appropriate action is taken where necessary. The show will extend its production hiatus until next Tuesday as we continue to review these issues.”

Just after our interview concluded, a new report surfaced on Tuesday afternoon from journalist Yashar Ali in which former The Talk co-host Leah Remini claimed that Osbourne frequently referred to previous co-hosts Julie Chen, who is Chinese American, “as ‘wonton’ and ‘slanty eyes,'” and called Sara Gilbert “who is a lesbian, as ‘p**sy licker’ and ‘fish eater.'”

“[I was] easily manipulated into a web of high school vitriol, hatred and bullying,” Remini claims in the article, alleging that Osbourne would refer to her “as a WOP and Guinea,” which are racial slurs used against Italians. “Not only did I do nothing about the racism and bullying I was receiving and witnessing, I was party to it. I had to own up to my own ugly.”

Osbourne’s publicist, Howard Bragman, said in a statement to ET regarding Remini’s allegations, “The only thing worse than a disgruntled former employee is a disgruntled former talk show host. For 11 years Sharon has been kind, collegial and friendly with her hosts as evidenced by throwing them parties, inviting them to her home in the UK and other gestures of kindness too many to name. Sharon is disappointed but unfazed and hardly surprised by the lies, the recasting of history and the bitterness coming out at this moment. She will survive this, as she always has and her heart will remain open and good, because she refuses to let others take her down. She thanks her family, friends and fans for standing by her and knowing her true nature.”

Meanwhile, Underwood has received support following her exchange with Osbourne  — including from former The Talk co-host Holly Robinson Peete — which she talked about during her appearance on The Steve Harvey Morning Show on Friday.

“I just wanted to be a better example for people that are working just a regular old job, that had to compose themselves,” she said. “We are the only race of people that carry the race wherever we go and we’re responsible for that. And I want to thank everybody all over the world in social media, everybody in radio, television, news, everywhere, everybody that reached out, what power you had to make me understand you have matured Sheryl Underwood. You have matured. Because I could have messed it up, couldn’t I? I could have messed it up.”