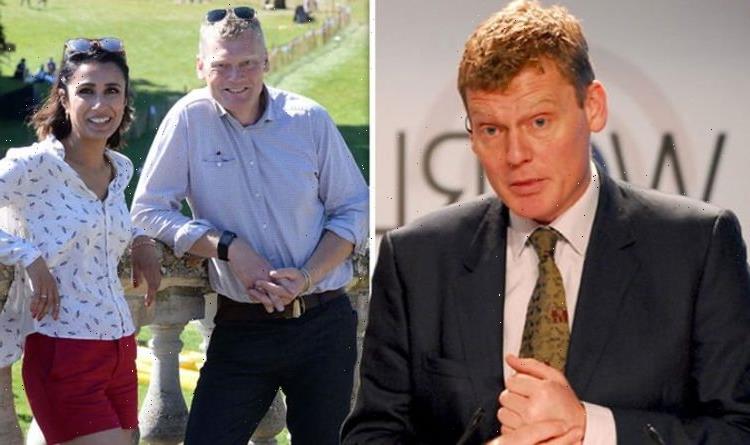 Countryfile presenter Tom Heap is outspoken on climate change but has explained the issue was not necessarily a mainstream focal point for television. The on-screen journalist, who released his book 39 Ways To Save The Planet last year, has addressed fears that environmental issues would “turn off” viewers.

The 55-year-old admitted that over the past few years he had been deliberately encouraging BBC broadcasters to focus on the climate crisis.

The BBC favourite claimed that the moment climate change was mentioned they feared viewers could lose interest.

However, Tom explained that he noticed a shift in attitudes after Blue Planet aired in 2017.

“The moment you mention climate change people are going to switch off,” he commented.

“It’s not that they were denying it, it’s just that they thought, let’s not put it in the shop window because it’s a bit of a turn off.

“Therefore they were reluctant to go mainstream on climate change.”

He went on: “I think in the last two years it has changed. I think it’s partly changed due to all of the fallout from Blue Planet Two, with the whales and mention of plastic waste.

“There’s something about climate change which has made people all of suddenly realise there’s a big audience out there who really care about environmental changes and we shouldn’t necessarily run scared from this kind of stuff.”

Tom explained that he urged show producers to mention the impact of climate change on Countryfile.

“I said, ‘We should include it in our programme,'” he commented.

Tom continued: “Countryfile has been a part of that change in saying where it’s right and editorially relevant, let’s make this front and centre.

“And partly because it’s becoming more evident with farmers and people who look after the land, suffering harsh weather and freak seasons they didn’t get before.”

He added: “The evidence is there.”

But the presenter explained that campaigns such as Countryfile’s Plant Britain have changed the trajectory of programming at the BBC.

“Over the last three or four years at least, I’ve been encouraging bosses to do a little bit more in this space,” Tom explained.

“I do encourage them to do more on Countryfile and volunteer more ideas that I think will work for the programme and that it’s not all doom and gloom.”

Countryfile’s Plant Britain launched in 2020 with the aim to get the nation to plant 750,000 trees.

He continued: “I take a very small proportion of the credit for this Plant Britain campaign that Countryfile has been running for the past year and a half.

“I think they were looking for a way to try to find better programming they could do in this space and better encouragement.

“It’s difficult for the BBC to do campaigns as they have got to stay within impartiality rules.”

Countryfile airs on BBC One today at 5.10pm.