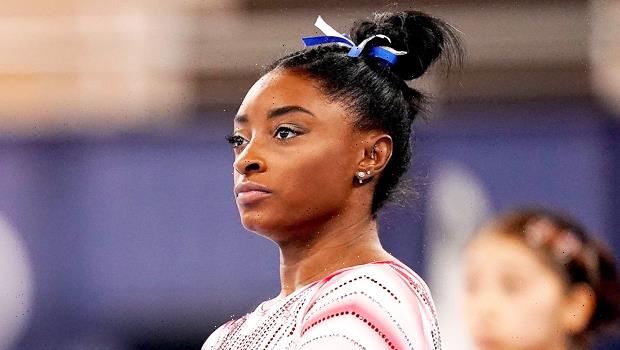 The Tokyo Olympics may be over, but the fun is just getting started. Simone Biles looked incredibly toned in a recent bikini photo she shared on August 17.

The 2020 Tokyo Olympics may be over, but Simone Biles, 24,  is now making the most of her time off. Since arriving home, the gymnast has reunited with her friends, and family, and by the looks of it – she’s having some fun in the sun. The Bronze-winning medalist looked as toned as ever in a new bikini photo she shared on August 17.

Simone gathered with her closest friends for a classic pool day at her Houston home on Tuesday. Of course, she had to share the moment on Instagram with a post she captioned, “summer state of mind.” Fans immediately took to the comments section to chat about the outing. “You deserve the relaxation,” one fan wrote, while another mentioned, “QUEENS.” If one thing is for sure, the comments section further proved Simone is loved beyond measure.

The photo comes a week after she went to her boyfriend, NFL player Jonathan Owens, football practice. The beauty shared a sweet photo of him wrapping his arm around her, while she attended his football practice, “open practices aka bring your girlfriend to work day,” she captioned her August 6 Instagram photo, which showed her rocking a white tank top, beige sweatpants and long braids in her hair.

The strong couple’s adoration doesn’t stop there. Throughout the 2020 Tokyo Olympics, Jonathan proudly took to social media after Simone’s events to broadcast his undying support. “Words can’t explain how proud I am of you right now [heart emoji, clapping hands emoji],” the 26-year-old captioned a photo of his smiling girlfriend. He also shared a post from Bleacher Report that tallied up Simone’s numerous accomplishments: seven Olympic gold medals, 25 world championships, and 4 gymnastic skills named after her. 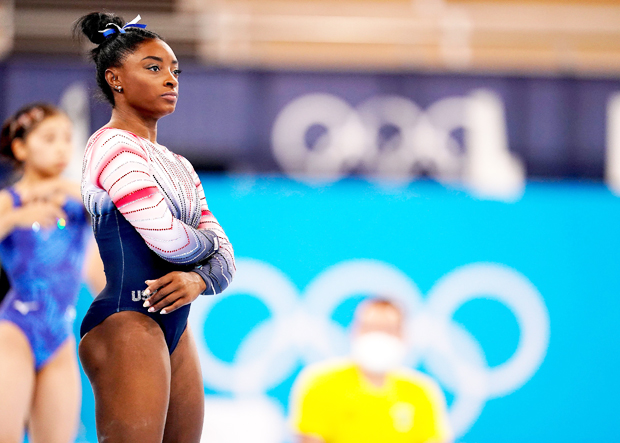 While the future with the Olympics is uncertain, Simone has a great support system in place regardless of if she decides to compete or not. In a recent interview with Today‘s Hoda Kotb Simone mentioned she was “keeping the door open” to possibly compete in the 2024 Olympics in Paris. “I think I have to relish and take this Olympics in and kind of recognize what I’ve done with my career,” she said on Aug. 4. “Because after 2016, I didn’t get to do that.” She added, “It was hard, working five years for a dream and having to give it up. It was not easy at all … there are a lot of things I need to work on internally and mentally.”