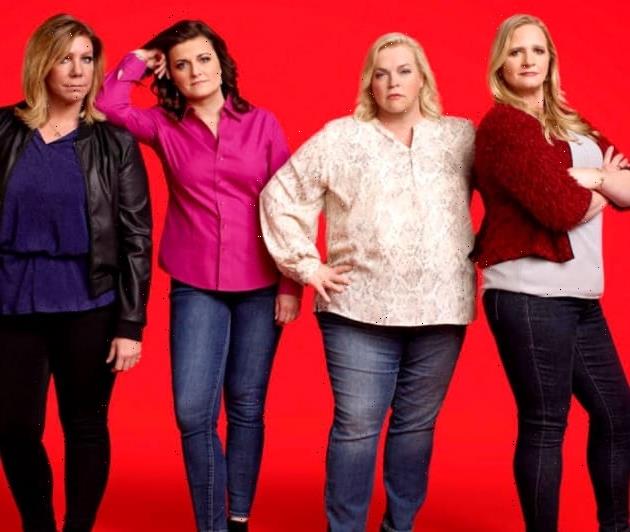 The first romantic domino has fallen on Sister Wives.

Will the rest soon collapse along with it?

That’s the question TLC viewers around the nation are asking in the wake of Christine Brown choosing to finally walk away from a very unhealthy and unhappy marriage.

“After more than 25 years together. Kody and I have grown apart and I have made the difficult decision to leave,” Christine wrote on social media back on November 2, adding:

“We will continue to be a strong presence in each other’s lives as we parent our beautiful children and support our wonderful family.

“At this time, we ask for your grace and kindness as we navigate through this stage within our family.”

For the most part, fans have provided Christine with just this grace and kindness — but that doesn’t mean they aren’t VERY curious about a couple topics.

First, are things really over between her and Kody?

Yes, it appears, based on what Christine has said in a few recent Cameo videos.

“Thank you for supporting me with leaving Kody, the decision was a long time coming and I feel like a much better person divorced than I ever did,” Christine told a fan this week.

Doesn’t sound like someone anxious to return to a life of polygamy, does it?

“It’s a new chapter for her and she’s excited to see what the future holds,” an Us Weekly source reported on Thursday, noting that Christine will “never go back” to her ex-spouse.

This same insider adds that Christine feels “very empowered” at the moment, which is why we can’t help but also wonder the following:

Will any Sister Wives leave Kody next?

We all know how unhappy Meri has been ever since Kody filed to divorce her in 2014 so that he could tie the knot with Robyn instead.

By many accounts, Meri has already left Kody, as she spends a great deal of time running her bed and breakfast in Utah and/or posting memes about how happy she is without a man.

“She and Kody have had zero relationship — it’s all fake,” a source tod Us Weekly several days ago.

“They’re together for TV, essentially.”

She announced this summer that she was living in a trailer in Arizona, and then very recently updated fans that she’s moving to temporary housing for the winter.

It doesn’t sound as if she has a ton going on in Flagstaff — and it wouldn’t surprise us one bit if she joined Christine in her native state at some point.

Just try to think of the last time you saw Janelle and Kody together.

She’s the only spouse seemingly happy with Kody, which some say is the entire reason Christine couldn’t handle the relationship any longer.

“The big reason why she split from him is because Kody has been completed devoted to Robyn for the past five or six years,” according to a source.

“That hasn’t changed at all.”

TLC has said that the Sister Wives season ahead will focus on the tension between all four women and Kody amid the COVID-19 pandemic, meaning we may very well see another shakeup down the line.

“All the wives knew and were aware of the split, so it wasn’t news to them,” an Us Weekly insider now says.

“If anything, it sort of inspired the others in one way or another to reevaluate their position.”

Kody knows it, too.

“Meri could not be any farther removed from the other wives and Kody,” this same tabloidd explains, adding of Kody:

“He’s trembling and worried that Meri or Janelle are going to leave him.”

Here is a look at what you can expect: