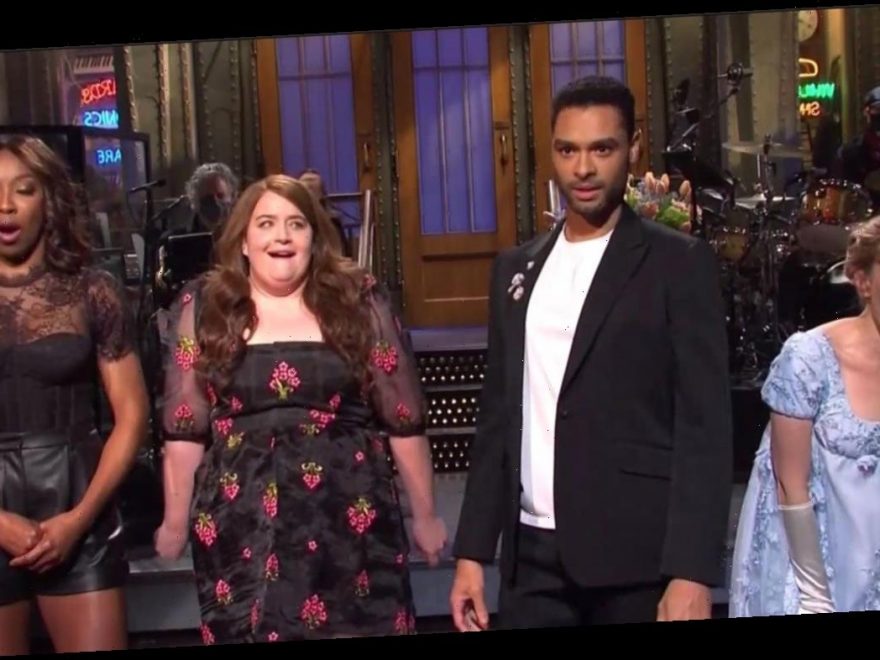 Regé-Jean Page brought all his smoldering Bridgerton charm to his Saturday Night Live debut. The handsome star couldn’t contain his suave allure in his first-ever monologue.

Taking to the Studio 8H stage, Page introduced himself to the few people who might not know him yet, explaining, “Most of you probably recognize me from Bridgerton on Netflix, the show that made everyone turn to their moms and say, ‘Oh you know what? Never mind, I don’t think we should watch this together.'”

“It’s a bit of a racy show. Because of that, people may associate me with being this smoldering, sensual, smoke show of a man,” Page said, to cheers. “But I assure you, I’m just a regular guy. I’m here to show you a good time.”

However, his monologue — and attempt to prove he’s just a regular guy — got interrupted by cast members Aidy Bryant and Ego Nwodim who claimed to be the “SNL Host Liaison,” a position they assured Page is totally real and not at all an excuse to get close to him.

Page tried to get them to treat him like a normal person, and asked which parts of the show they liked the most.

“I don’t know. Episode 5, 52 minutes in,” Nwodim exclaimed, referring to one of the show’s explicit sex scenes.

“And in and in and in!” Nwodim continued, before regaining her composure.

Page finally declared that he’s more than just a handsome face with a deep and booming voice, and that he has real range.

“No, no. It’s cool. We definitely have other sketch ideas where you aren’t just being an extremely hot sex man,” Bryant promised.

“We do?!” Nwodim and Fineman asked in unison.

“No! We’re screwed,” Bryant yelled. “Get a pencil, bitch, because we’re rewriting everything!”