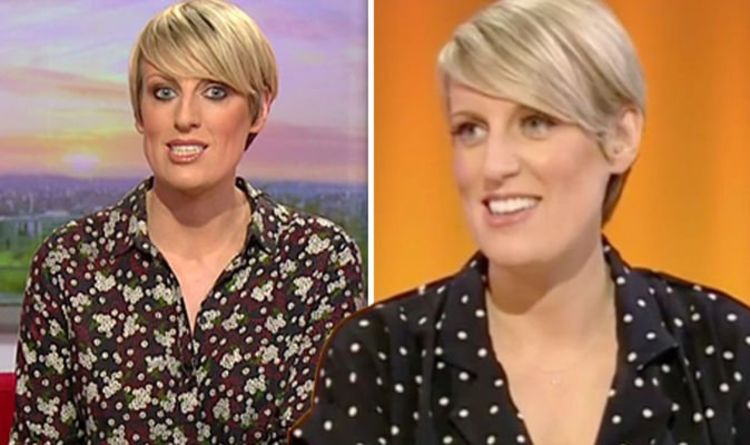 Steph McGovern, 37, is a regular fixture on BBC Breakfast, alongside her co-stars Dan Walker, 42, and Louise Minchin, 50. The outspoken business journalist took to the micro-blogging site to applaud Channel 4 in their latest campaign to highlight the complaints the show’s stars receive from viewers. In view of her 366,000 followers, Steph shared the advertisement which features stars including Countdown favourite Rachel Riley, Channel 4’s Jon Snow and the Great British Bake Off’s Sandi Toksvig and Prue Leith, among many other popular faces. The video clip was captioned: “Channel 4 was set up to be different. Complaints welcome.”

In the short advertisement, the Channel 4 stars read out genuine complaints they had received from viewers.

The complaints range from “They’re not real athletes”, delivered by Paralympic swimmer Ellie Simmonds to “I’m not homophobic… but do we have to have gay kissing at dinnertime,” delivered by Hollyoaks actor Kieron Richardson.

Fans flocked to comment on the post, with many directing their appreciation at Steph for sharing the video.

One person said: “Thanks for retweeting this, it’s brilliant.” 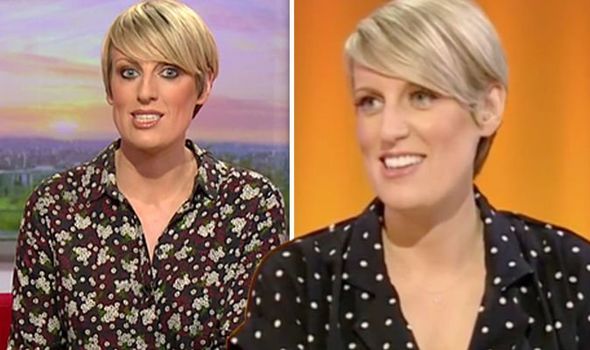 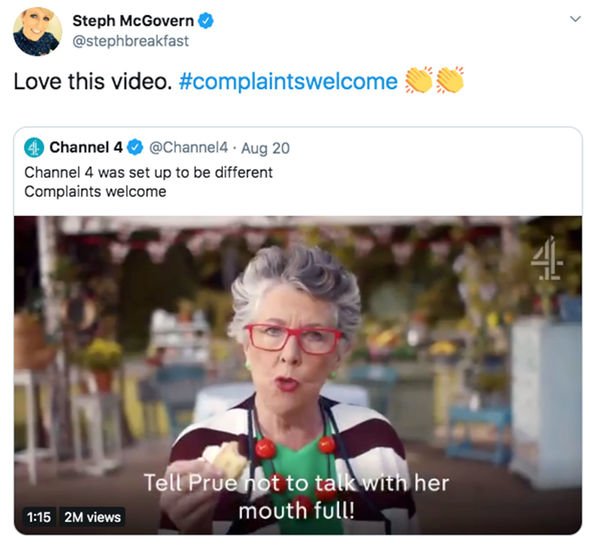 Meanwhile, Steph who is currently expecting her first child with her girlfriend, recently revealed the one word that she “trips” up on when presenting the news.

It comes after a fan picked up on her mispronunciation.

During a recent episode of the BBC One show, one viewer pointed out Steph’s pronunciation of a certain word.

The fan tweeted the expectant mum, informing her on how “burglary” should be said out loud. 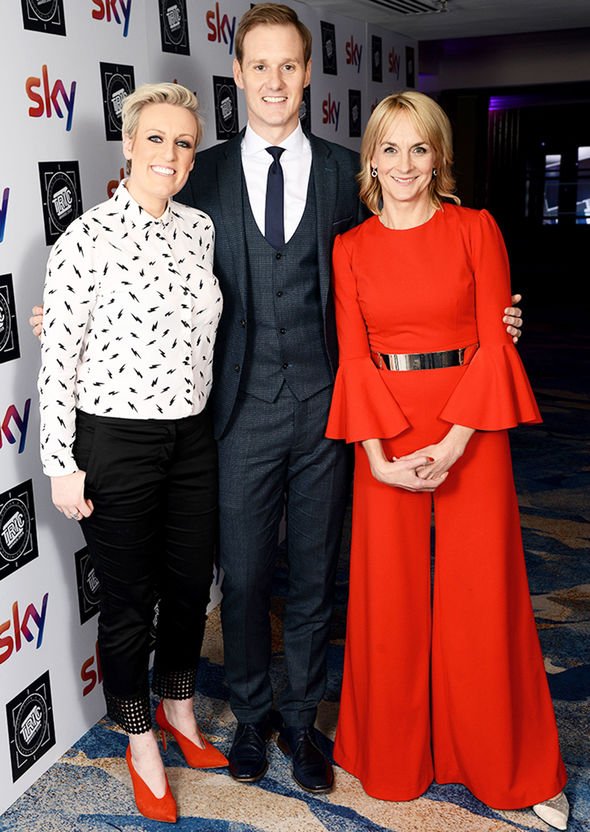 Steph admitted she has difficulties with the word and replied: “I always trip over that word.”

“You and most of your colleagues and other newsreaders! Thanks for your reply and good luck with your pregnancy,” the viewer responded.

They said: “Yay you got it right this morning.”

Steph acknowledged: “It was a tense read!”

BBC Breakfast airs weekdays on BBC One at 6.30am.