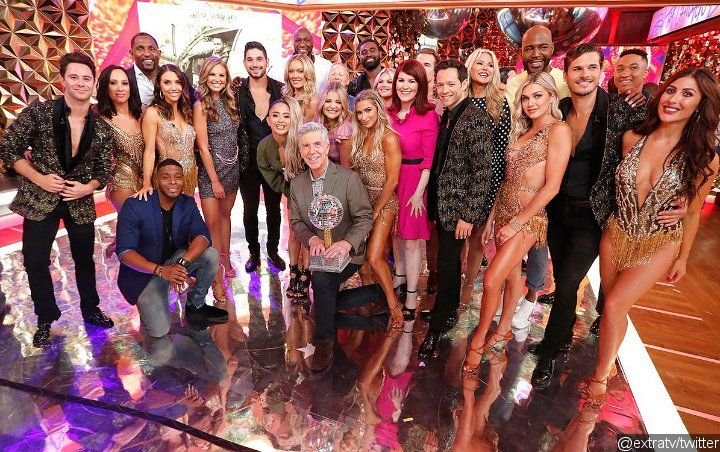 Host Tom Bergeron later addresses the issue in a lengthy message he posted on Twitter as he subtly shows his disappointment regarding the casting of the former White House spokesman.

AceShowbiz -“Dancing with the Stars” has just unveiled the full cast for upcoming season 28. Revealed on “Good Morning America” on Wednesday, August 21, the new season’s cast included Khloe Kardashian‘s ex husband Lamar Odom, “The Bachelorette” lead Hannah Brown and James Van Der Beek among others. One thing that was surprising was that former White House spokesman Sean Spicer was also revealed to be one of those who would be competing on the show.

Following the announcement, many people voiced their disapproval of Sean’s casting by trending #BoycottDWTS on Twitter. “Won’t watch @ABCNetwork anymore…why would they give a platform to this lying, sycophantic apologist for the rapist racist in the White House?” a disappointed fan wrote on the blue bird app.

Another one, meanwhile, noted that Energy Secretary Rick Perry, who is also a former Governor of Texas, was also on the show. The person tweeted, “This administration is full of third rate Hollywood wannabes. … In addition to Emmyless reality tv host, @realDonaldTrump, let’s not forget the current secretary of energy, @SecretaryPerry was also on this reality show.” One other added, “I see that you have added Sean Spicer to the next season of ‘Dancing with the Stars.’ You are supposed to have stars on the show, it’s not ‘Dancing with the Nazis.’ “

However, not all people were so against the new casting. Some were slamming those who easily boycotted things once they found something they disliked. “I’d rather boycott the people who have a new thing to boycott every day in their latest fit of outrage. Don’t like it don’t watch, its that simple. #BoycottDWTS,” said one user.

Host Tom Bergeron later addressed the issue in a lengthy message he posted on Twitter. “Chief among them was my hope that DWTS, in its return following an unprecedented year-hiatus, would be a joyful respite from our exhausting political climate and free of inevitably decisive booking from ANY political affiliations,” the 64-year-old TV personality said. “Subsequently (and rather obviously), a decision was made to, as we often say in Hollywood, ‘go in a different direction.’ “

“It is the prerogative of the producers, in partnership with the network, to make whatever decisions they feel are in the best long-term interests of the franchise. We can agree to disagree, as we do now, but ultimately it’s their call,” he added. “I’ll leave it to them to answer any further questions about those decisions.”

Concluding his message, he wrote, “Hopefully, when [co-host] Erin Andrews and I look into those lenses again on September 16, you’ll be on the other side looking back, able to enjoy the charismatic pro dancers, the unpredictable judges and the kitschy charm that has denied DWTS since 2005.”

As for Sean, he took to Twitter to express his excitement in joining the dancing competition series. “It’s time to have some fun,” he said. “Excited to join a great cast and show @DancingABC.”

Season 28 of “Dancing with the Stars” premieres September 16 on ABC.